Josh Norman had a fantastic 2015 season. He had four interceptions, a couple fumble recoveries and basically shut down the side of the field he was on all season long. Lake Norman was treacherous for many a team this past season as Josh Norman was heading into his most important season. The veteran cornerback, heading into his fifth season, knew that he needed a big year. He and the Carolina Panthers failed to get a long-term deal done before the 2015 season. And after a big year last year, he had the franchise tag placed on him. After that happened, many assumed he and the Panthers would either work out a long-term deal or play a year in Carolina receiving the franchise tag. But little did we know what was coming this week. The Panthers cut off contract talks this week and immediately rescinded the franchise tag for Norman. Norman was seeking $16 million a year and the Panthers were not anywhere close to it. And instead of playing the charade, the Panthers decided to end the contract talks and let him walk in free agency. Of course there are teams that are after him, but where will he land?

Early returns are saying the Washington Redskins and San Francisco 49ers are the leaders in the clubhouse for his services. The Redskins are coming off a playoff appearance, winning the NFC East last season. The 49ers, on the other hand, had one of their worst seasons in the last five years. Depending on what he wants will tell where he will go. If he goes to the Redskins, Norman more than likely will not get the $16 million a year that he wants. The Redskins would have to restructure some deals along with maybe backloading the deal for Norman. But in going to the Redskins, he would have the better chance to win. The team is going with Kirk Cousins at quarterback and has a defense that is steady but needs more weapons. The addition of Norman brings them speed and coverage. And depending on what type of defense they play, he would fit well there. Norman is more of a zone corner that can play some man-to-man rather than a heavy man-to-man guy. If the Redskins are going to go with zone principles more, then he will definitely add to what they have. The big question with him landing in DC would be who is the pass rush? If he does not have a pass rush, then Norman could get exposed on the outside. And that would be disastrous for the Redskins.

On the other side, if he decided to go the 49ers, he would be going into a situation that is not as good as set as the Redskins are. The quarterback situation offensively is one that has yet to be figured out and you have a lot of pieces that are still figuring themselves out. Defensively, the 49ers have been steady at home, but they have had troubles on the road. If they are to add Norman, he would immediately upgrade their cornerback position. And the scheme would actually fit him better than in Washington. Along with the fit defensively, the money would be there. The 49ers have a ton of cap space and could sign him to the $16 million a year he wants and more guaranteed money. And just like in Charlotte, he would be able to play with a pass-rusher in Aaron Lynch. But along with the all the benefits of going to play for the 49ers, there is also a downside. The 49ers are not close to competing like the Redskins could be in the NFC East. So if he signs with San Francisco, he would be going there knowing that they in going through a process to rebuild the team. The question Norman has to ask himself is if he is willing to sacrifice wins for money. From the looks of it, it sounds like he is.

Norman’s choices this far have been these two teams, but the team that he would fit perfectly has not even been named as a team with serious interest. The Jacksonville Jaguars are on their way towards relevance. They have a young quarterback in Blake Bortles that is starting to get it, two bigtime wide receivers in Allen Hurns and Allen Robinson, a veteran tight end in Julius Thomas and a young running back in TJ Yeldon. And on defense, they signed defensive tackle Malik Jackson from Denver and they have linebacker Telvin Smith who is a tackling machine. All the defense needs is more help at the cornerback position. Norman would provide that and give them strength at all levels. And with the AFC South there for the taking, the Jaguars could be present to take the crown. But alas, Norman has not even mentioned the Jaguars and Jacksonville has not even mentioned Norman at all. Surprisingly they have no interest that anyone has spoken of and it does not look like that will come to fruition.

Norman would upgrade the 49ers and the Redskins defensively. But he would also fit well in Jacksonville and help their resurgence. Ultimately, the decision is up to him. If he is going to go for the money, then by all means do so. The NFL stands for Not For Long. But if he wants to win and get paid next season, neither the 49ers or the Redskins would work in both aspects. 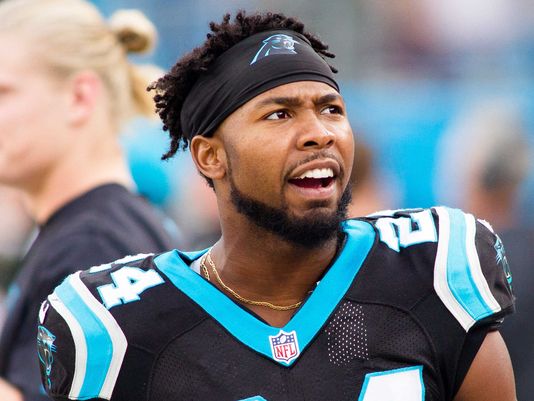