McDaniels was still lined up to be the head coach of the Indianapolis Colts, but in the days leading up to it, apparently something changed. Reports say that Patriots owner Robert Kraft sweetened the pot for his offensive coordinator to stay with the team and spurn the Colts advances after waffling on his decision. With that happening, the Colts are now without a head coach, but in a unique twist, there are assistant coaches that McDaniels wanted for his staff that are apparently under contract there. Whoever becomes the next head coach in Indianapolis will have to inherit the coaches that McDaniels wanted, which has to be one uncomfortable situation to enter. Whoever accepts this head coaching job better get one great contract or the assistant coaches better get some serious guarantees because McDaniels left the Colts in one of the worst situations that a coach could even leave a franchise in.

Because of how messy this situation is, you have to wonder what McDaniels is thinking. Does McDaniels think he will be the coach-in-waiting in New England, further fueling rumors that Belichick may step away from the game soon? Did he play the Colts just for more payback from Deflategate? We may never know the answers, but what we do know is that McDaniels has damaged his credibility as a head coaching candidate. Nevermind the fact that he was a head coach in Denver and proceeded to deconstruct that team with ease, but he also hung the Colts out to dry along with some assistants. Some may not see this as a big deal, but it is a huge deal when other owners are watching. Sure, the job in Indy is not as good as being an assistant in New England at this point, but you just don't do something like that. Other owners are going to be cautious to even think to give him a look at this point and he may have limited his chances in career advancement. If he thinks he is going to be the next New England head coach, then more power to him, but this does not look good at all when it comes to him and his name.

The Colts will eventually find a head coach and it seems like they were already in search mode once McDaniels started waffling on their head coaching search. McDaniels, on the other hand, helps New England's offense stays afloat but he has now burned a bridge that other owners will be watching from afar. He had better hope he guessed right in staying because his head coaching options are limited at this point and getting smaller by the minute. 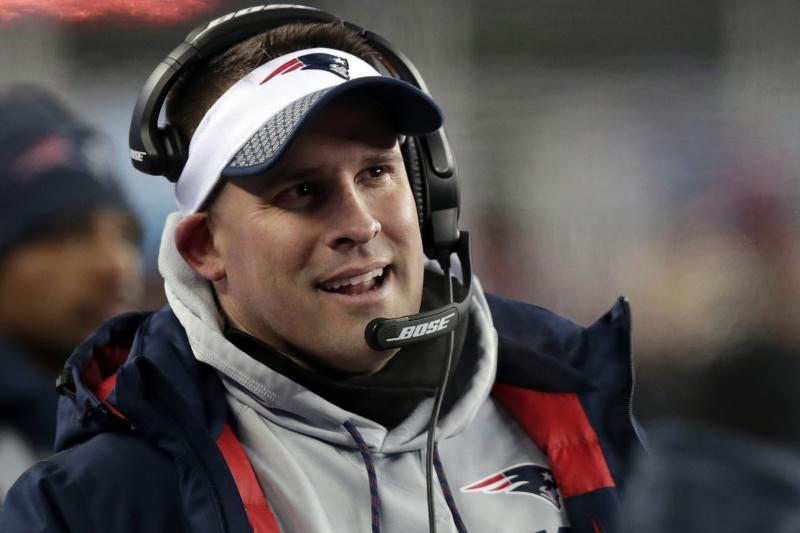