Josh Gordon is an immensely talented football player. Despite a quarterback position that was unstable in 2013, he made 87 receptions and led the league with 1,646 yards. He was finally reaching his potential and some thought this was the start of something good., But unfortunately, he was getting ready to hit the bottom of his career. Gordon has had issues staying clean throughout his career. And because of that, he has had a few suspensions. His last one was indefinite and there was no timetable on his return or if he would even return. He missed all of the 2015 season and it looked like he was going to miss this season as well because of an issue in April. But to the surprise of many, he is actually getting what appears to be one last chance. NFL commissioner Roger Goodell suspended Gordon for the first four games of the 2016 season but did say that he can come back and that he can be a part of training camp and preseason for the Browns. Just like that, Gordon gets another shot at trying to make it in the NFL.  Gordon tweeted that he was blessed and thankful for Goodell's decision. But there are some things that he has to do to make sure that this is a successful return.

Gordon has had issues before and the organization and Goodell recognize it very much. But in the letter Goodell wrote to Gordon, he ultimately put the onus on Gordon to use the things that are available to him. Goodell will allow Gordon to be around the Browns practice facility during his suspension and Gordon should be thankful for that. If left to his own vices away from the team for the first four games, that could be another dangerous situation for Gordon because history has shown us he cannot keep it together on his own. The more he is around the team, the more he can immerse himself in what the team is doing and what direction the Browns are trying to move in. One person that could help him stay connected is a former teammate in college, quarterback Robert Griffin III. While he himself is trying to get his career back on track, it shoud help that he has one of his former running mates from college to help him out on the field. And those two could make some music together on the field while leaning on each other during tough times in their careers.

Hanging around the team is definitely a good thing for Gordon, but one other thing that would be good is him letting go of one person that continues to be around him right now. That person is none other than former Cleveland Browns quarterback Johnny Manziel. The talented quarterback was drafted 22nd overall in the 2014 NFL Draft. And ever since he was drafted, he has made more headlines off the field than on the field. Eventually, the Browns got tired of his antics and got rid of him after two years. Gordon was there in Cleveland during some of Manziel's time and they apparently have a friendship. And it has been reported that he was hanging at Manziel's house before it was announced that he was reinstated. Manziel has shown that he has some personal demons that he has to handle, as he continues to get into situations off the field while failing to straighten out his own life. For a guy that is trying to take full advantage of what is probably his last chance, Manziel is one person that I would not be hanging around. Gordon may like hanging with Manziel, but that is not the right career move and the organization and people around Gordon should let him know that immediately. 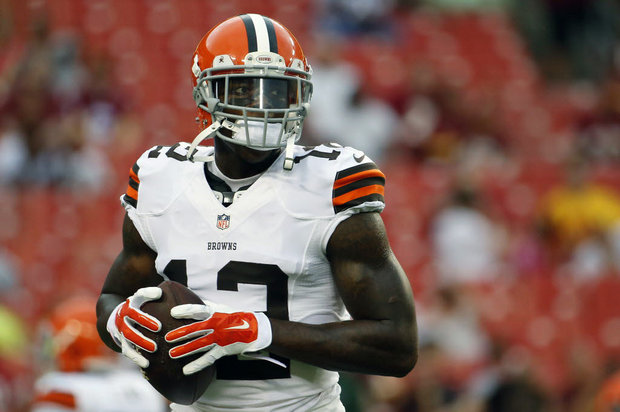