Flacco trade more of an indictment on John Elway

John Elway have been trying to find his replacement for years in Denver. Despite winning a title with Peyton Manning as the quarterback, the play at that position has not necessarily been stellar overall. In fact, it has been one after another after another of failed experiences at the position. This season saw them pay Case Keenum to leave Minnesota for Denver only to have him not live up to expectations, providing a meager 18 touchdown passes while throwing 15 interceptions. With Keenum having a bad season and a new coach coming to town in former Chicago Bears defensive coordinator Vic Fangio, plenty wondered is the Denver front office would make a move and give him a new quarterback. Well that was answered with a resounding yes on Wednesday as the Broncos made a trade for a veteran quarterback to lead them. 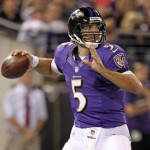 Joe Flacco saw the writing on the wall in Baltimore and it was expected that he would be traded this offseason. The only question was where would he go. The Denver Broncos stepped up and became the destination and they will reportedly send one of their fourth-round picks to the Ravens for the veteran Super Bowl-winning quarterback. The Ravens decided to move on with Lamar Jackson and it was time to move Flacco. And with that, the Broncos have the next contestant on their quarterback search. While some see the move for Flacco to be an upgrade because of his win in Super Bowl 47, it honestly isn't as good as people think it is. Since that Super Bowl and the huge contract he received from Baltimore, Flacco has not been that special a quarterback. He has thrown 110 touchdown passes during that span but he has also thrown 80 interceptions over that time. And over the last three seasons, his numbers have been on the decline. While he has had some successful seasons, this isn't the numbers you want to see from your starting quarterback and one that you trade for to lead your team.

As for Flacco's fit in Denver, that is yet to be determined. The one solid thing he has to 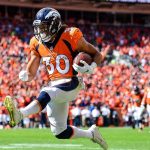 lean on is the running game. Last season, rookie running back Phillip Lindsay was a revelation for the Broncos, rushing for over 1,000 yards. With that running game intact, it does set up Flacco to be successful in Denver. However, Flacco has had the propensity to throw some inexplicable interceptions at the wrong time. If that sounds familiar,  then take a look at the last few quarterbacks in Denver they have had: Paxton Lynch, Case Keenum, Brock Osweiler and Trevor Siemian. All of these quarterbacks had some moments as the starter in Denver, but they all had issues not giving the ball to the other team. And the one common thread is all of them were picked or paid by John Elway to be the starter.

Looking at this group of quarterbacks and even including Peyton Manning, who was obviously a shell of himself in Denver, John Elway definitely has not been good picking quarterbacks. And as we all know, picking a quarterback can either set up a team for success or set them back. Looking at the last five seasons, Elway got away with having a great defense one season and the other seasons has been trying to get by with terrible quarterback play.  At this point, he seems to be trying to throw a Hail Mary by getting Flacco. At best, Flacco is a stopgap quarterback in Denver and the Broncos still have to draft a quarterback. Denver is no closer to winning now than they were three years ago. With this mess in mind at the quarterback position and the team not looking to stride forward, maybe it's time for Elway to end his tenure making personnel decisions. He was a great quarterback for the team, but he definitely has dropped the ball over and over at the quarterback position. Broncos fans can thank Elway for this $18.5 million experiment he just signed Denver up for.