The Los Angeles Rams had some high expectations this season. With the young talent they had on offense and the physical defense they have had over the years, the Rams were a team that some thought could make some improvement and potentially make it somewhere this year. And as the season started, the Rams were 3-1 in the first quarter of the season. But all those good feelings about their record went by the wayside as the Rams proceeded to lose eight of their next nine games. As the Rams currently stand, they are on their way to a 7-9 record at best this season (they would have to win their last three games).  Their coach, Jeff Fisher, was expected to have done better this year with what he had. But as come to be expected of him, the veteran head coach was not very good this year. The team's offense got worse and the defense also lapsed as the Rams looked like a team with no identity. And because of that, the Rams are now looking for a new head coach. After signing a two-year extension this offseason, Fisher was shown the door with yet another losing season on the horizon for the Rams. And with that, the Rams are now looking for a new head coach. Before the new head coach search was even a reality, the Rams had one name that was mentioned with their head coaching job. And now that the job is officially open, that particular name is starting to be talked about a little more. That name you ask? Well, it is none other than Michigan coach Jim Harbaugh.

The former San Francisco 49ers and Stanford Cardinal coach is now enjoying coaching success at his alma mater, the University of Michigan. But while he has had success there and seems to be very happy, it does not stop people from wanting to see if they can pry him loose. And there is the rumor out there that Rams owner Stan Kroenke is willing to do whatever it takes to get Harbaugh out to Los Angeles to take over his program. But the thing Kroenke may want to wonder is what is he going to get? Let's just say Harbaugh decides to come there, he will definitely make some changes there. One thing he will do is change the style of offense. The offense will go from being an offense that spreads people out and will become an offense that utilizes a fullback. There will be less three wide receiver sets and more sets with two or more tight ends on the field. Doesn't exactly seem like the most exciting style of offense does it? You can expect to see that type of offense with Harbaugh and for those that know Harbaugh's offense at the professional level, they should know that it will not really be a ton better than Fisher's offense. The fact that no one talks ab0ut when it comes to Harbaugh at the professional level is that he was highly successful because of the defense that he had and not the offense that he was able to produce. So while he may be a winner, don't expect the offense to be visually appealing to the casual fan or those that love offensive football.

Harbaugh's success over the years has also afforded him the opportunity to ask for full control of the organization. That would allow him to bring in a general manager that he would like to work with. And in that instance, he would be able to build the organization as he seems fit. But is that exactly a good thing for him? He has recruited players while being a college coach at San Jose State, Stanford and Michigan. And some of that talent has ended up at the professional level (cornerback Richard Sherman and quarterback Andrew Luck while at Stanford come to mind). But while he has been successful recruiting players at the college level, he has never really had to put together a team at the professional level. So with Kroenke, he has to decide if he is willing to give Harbaugh the control he will more than likely demand. Kroenke will make the decision as he seems fit, but he could potentially have some reservations there. After all, the last head coach he had there in Los Angeles and in St. Louis had a lot of control. And five losing seasons later, we see how that worked out for the Rams. So while Harbaugh is considered a better coach, that could be a point of contention should Kroenke go after Harbaugh.

The hot name on the coaching circuit will continue to be Harbaugh for a while now. After all, success has followed him wherever he has gone. But with that success, there are also some things that you will come to expect from him like wanting control and an offense that may not be the most exciting. And while Los Angeles is being rumored to make a run at him, those two things have to be considered. We shall indeed see what happens, but Harbaugh's name is definitely one that many would not mind seeing out there on the West Coast again. 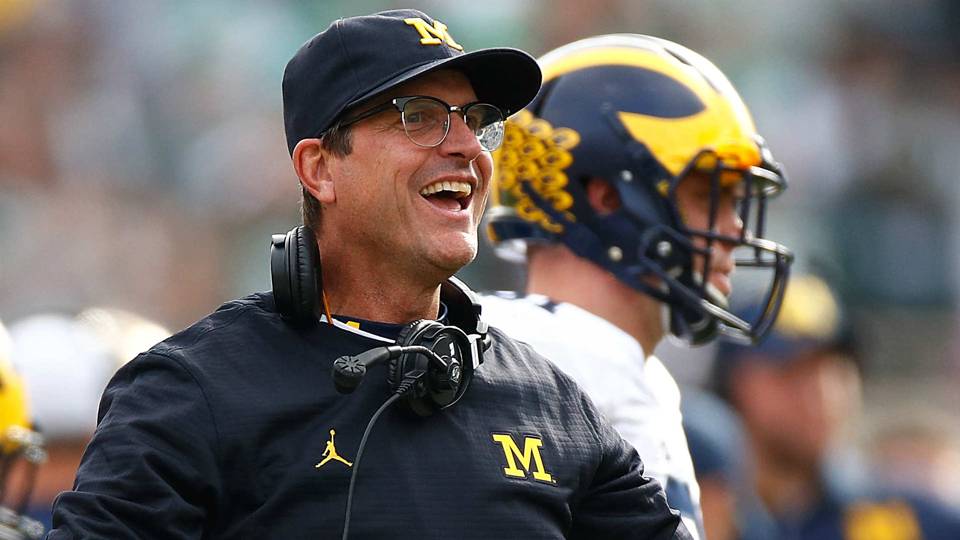