Jeff Fisher Has One Huge Decision To Make

The start of the NFL regular season is not far away. Some players will be trying to make the team this year while others are trying to position themselves for a great season. Then comes the situations the Los Angeles Rams find themselves in. They used to have two veteran quarterbacks there with Nick Foles and Case Keenum, but that changed a week or so ago when Foles got what he wanted and was released. The reason Nick Foles wanted out so bad was due to what the Rams did with the first overall pick in the 2016 NFL Draft. The Rams selected quarterback Jared Goff out of California and from that moment, he has been preparing himself to be the starter in the Rams' rebirth in Los Angeles. After a few practices, Keenum has managed to be named the starter for the preseason opener. But when or if do the Rams go with Goff as the starter?

There is never a perfect time to start a rookie quarterback, but the decision when to put the rookie in charge always comes down to the feelings of the head coach. Luckily for the Rams, they have a head coach that has had a successful run as to when to put a rookie in there full-time. Fisher was the head coach of the Houston Oilers/Tennessee Titans when the organization drafted McNair third overall in the 1995 NFL Draft. But instead of starting him right then and there, he actually sat McNair behind veteran Chris Chandler while he learned the NFL game. And although it had to be tough, McNair did so. And it paid off in the end because he was the quarterback that led the Titans to the playoffs multiple times along with a Super Bowl appearance and a shared MVP award with Peyton Manning. Some may not have liked it that he say out essentially all of his first two years, but that actually helped his career more than anything. Fisher actually knew what he was doing in that scenario and that helped make McNair into the quarterback that he became. If he would have started before he was ready, then there could have been danger.

The situation he had with McNair was smooth all the way until the organization locked him out of the facilities and traded him to the Baltimore Ravens that offseason. In that same offseason, Fisher again tapped into drafting a quarterback early. And with the third overall pick of the 2006 NFL Draft, the Titans selected University of Texas quarterback Vince Young. The dynamic athlete/quarterback was watched by many as he was thought to come in and start very soon. The fanbase was calling for him to start as soon as possible. And eventually they got their wish. Young was exciting and could make plays with his feet. But unfortunately, it looked like he never really developed in the passing game and never developed in the mold of McNair like some hoped for. Maybe if the Titans would have kept McNair, he could have mentored him. After all, McNair was like a father-figure to Vince Young growing up. Needless to say, Fisher and the Titans organization dropped the ball on this one. Young was not all the way ready and it showed eventually. And despite some saying that Fisher was to blame because he did not really like Vince Young, it ultimately came down to him and the organization not being patient with Young. And for Young, it just seemed like he never fully grasped what all was going on with the system with the Titans at the time.

Fisher has had some success with a rookie quarterback and he has also had a situation with a rookie quarterback blow up in his face. So his experience in these type of situations will be paramount to him and the organization. But instead of having time to nurture the relationship with his quarterback this time around, Fisher will have a small window to make it happen. The clock is ticking and the pressure is on Fisher to make the playoffs. Is Goff ready to make it happen or will he turn to Case Keenum to lead them? Decision time Coach Fisher. 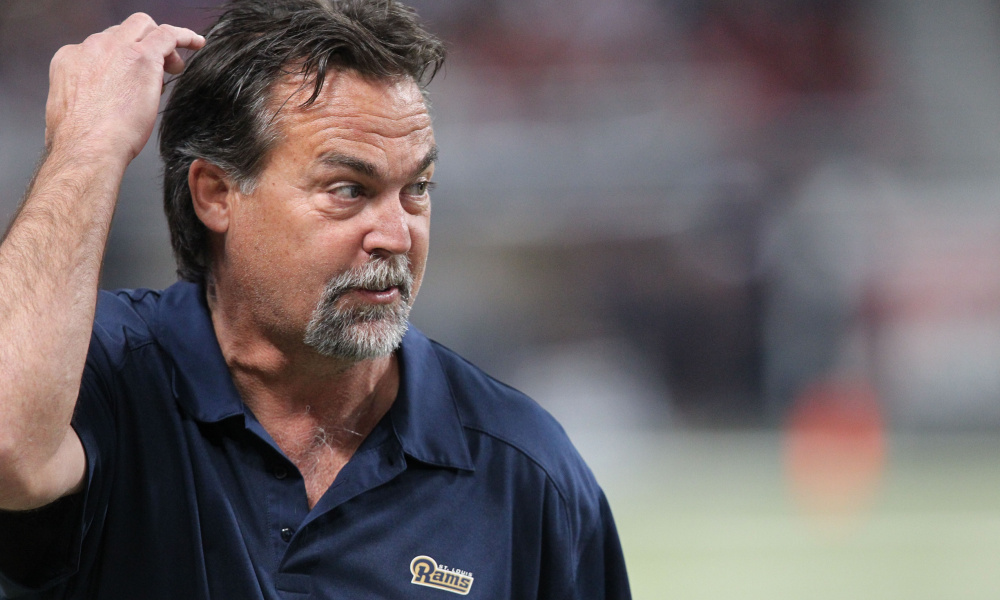