After spending a little time in St. Louis, the Rams have returned back home to Los Angeles. The energy was high about them going back to where they came from originally. And there were plenty pumped up about the move. But then the game happened on Monday night. The Rams headed to play the San Francisco 49ers in front of a national audience. And not only were they beaten, but they were beatdown on national television. The Rams failed to score a point and were dominated by San Francisco 28-0. And of course, after the game, the question went straight from the players to the coach. Jeff Fisher has been with the Rams since 2012 and he has yet to post a winning record with that team. In fact, the team has not finished about third in their own division one time. And because of that and their appearance on Monday night, there are many that are wondering why he still has a job. To add even more fuel to the fire, there is reportedly a three-year extension on the table for him as well. So for a coach that has effectively done nothing with the organization, plenty are perplexed why he even has a job or is getting an extension. While I must confess that I don't know the answer to why he still has a job and is reportedly getting an extension, I can throw out there a couple theories as to why he is still gainfully employed.

One reason could be his experience in managing a team that has moved before. In case some have forgot, Fisher was the head coach of the Houston Oilers when they were getting ready to move to Tennessee back in 1997. Before he moved with the team to Tennessee, Fisher was an average coach. He had never finished above 8-8 at all. But once he settled in Tennessee and got to Nashville, the wins happened a little more frequently. The team had six playoff appearances in since 2009, the year the Titans finally found permanent home in Nashville, Tennessee. And in those six playoff appearances, he guided the Titans to the Super Bowl one time. Maybe the Rams are thinking that they can get some of the same magic from Fisher once they are settled in a permanent home in Los Angeles. Other than that, there is no specific reason he should be getting any kind of extension.

But maybe there is something that we are not seeing as to why he is reportedly getting an extension. And what if that reason has nothing to do with football at all. Fisher has to have some kind of information on the Rams owner, Stan Kroenke. And by information, I mean some information that Kroenke does not want anyone else to know. Maybe he walked in on a conversation or a meeting or something he was not supposed to know about. And with that information, it could be possible that Fisher is holding that over Kroenke's head to keep his job. Now I am must admit there has been no indication of this going on. But how else can you explain giving an extension to someone that has not even made the playoffs or even sniffed the playoff hunt while being the head coach of a team you own? If there is no information he is holding over the Rams organization, then there is a serious issue with ownership there because Fisher has not done a thing to deserve sticking around besides being there through the transition of the team back to Los Angeles.

Whether folks like it or not, it looks like Fisher will be around more that some would care for him to be. And with that, he will continue to have his offensive coordinator run the Horizontal Polka offense, where everyone runs side to side and never attacks north and south. Defensively, they will be tough (I believe the first game was an aberration). But all in all, this Rams team is built in the mode of how Fisher built his Titans teams. The trouble is the game has evolved since then but Fisher seemingly has not. And to top it all off, he has the number one overall pick of the 2016 NFL Draft inactive for his first NFL game. Yep, this one right here has disaster written all over it. And in a place like Los Angeles, no one is going to stick around and come to games to watch a team that is average to below average. There are too many other things that people could be doing besides watching that type of product on the field. 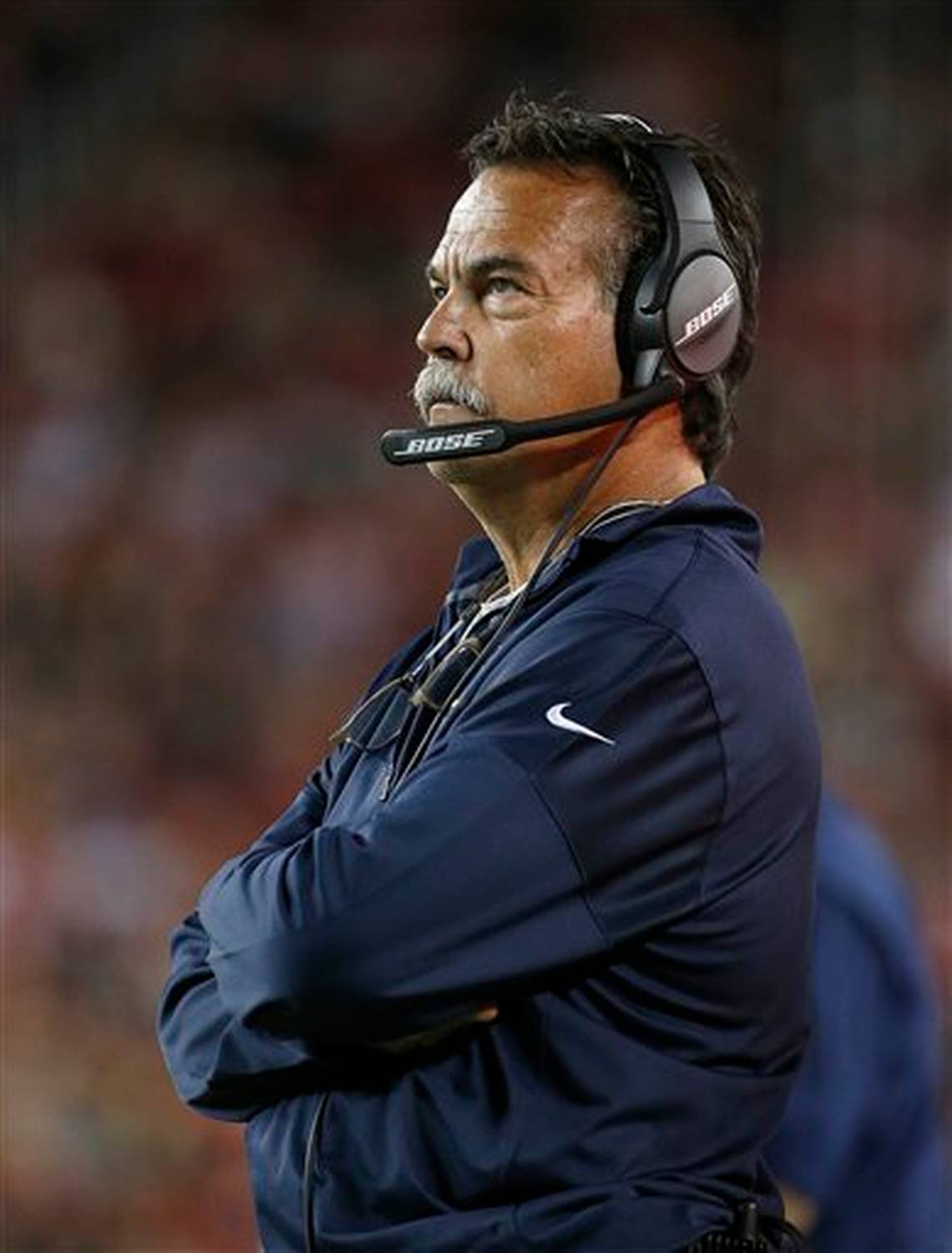