When Will The Cutler Experience Be Over In Chicago?

The Chicago Bears open yet another season trying to reclaim some old glory. The team has been transitioning to get younger over the last couple of years while trying to be more competitive in the NFC. And while the transition has been painful to watch for Bears fans, there has to be some light they see at the end of the tunnel. But of course, there are some players on the team that seem to suck the life out of the fans of the Bears. And no other player does that for the Chicago Bears than Jay Cutler. The veteran quarterback out of Vanderbilt  has been good at spots but bad at others. And because of that, the Bears offense has been Dr. Jeckyl and Mr. Hyde for most of his time there. But of course, there is no one else they have there at this present time. And because of that, he will be playing quarterback for the Bears this year. But what comes next?

The Bears have went with youth at virtually every position. They have gotten younger at all levels defensively and offensively except for the quarterback position. At this point in his career, you would think Cutler would have learned to manage a team and be a leader. A guy who was drafted as high as he was came with expectations of at least a consistent playoff contender. But with him, you instead got somber looks, grounded throws and inexplicable mistakes like throwing right into coverage and giving the defense an easy interception. And the mistakes have led to a lot of criticisms thrown his way. It has also led many to wonder what keeps him a starter in this league. Well, apparently the Bears have believed in him enough to keep him there and he has done exactly what he has done for his career: give folks false hope. The Bears are going nowhere fast with him as their leader. And with them going young, he is the wily veteran living on borrowed time.

So what should be the plan in Chicago? Well, they should allow Cutler to play provided he is healthy (left game Monday night after injuring his right thumb).  He is going to end up making sure the Bears make all the plays to lose games. And the more the Bears lose, the closer they get to the first overall pick. If they are able to lose enough to get that pick, then they could have their option to draft a quarterback to take over for Cutler. One option is Clemson's Deshaun Watson. The talented quarterback from Clemson can do it all and would be a welcomed site in Chicago. But of course, he would not be the only option. Another guy that people think could be the first quarterback taken is Brad Kaaya of Miami. He is calm and cool in the pocket and has a chance to have a really good season in Miami this year. Of course, both Kaaya and Watson are juniors and would have to declare for the draft. But if both do, then there are two viable options for the Bears to draft. The obvious thing to do if the Bears were able to get a quarterback in the draft would be to then waive Cutler. They are paying him a good bit of money, but is he really worth it? Cutler has not helped them win very much over the last couple of seasons and they quite frankly need a fresh start at that position.

The Bears and Cutler have been joined at the hip through a few head coaches and offensive coordinators. But at some point, Cutler and the organization have to realize that maybe he is the issue. The severing of that relationship needs to happen sooner rather than later. He is just wasting away there and he is not contributing to help them in their rebuild, so why not cut dead weight and get the rebuild going at the quarterback position? After all, it seems like Cutler makes the rookie mistakes still and he is in his eleventh year in the league. 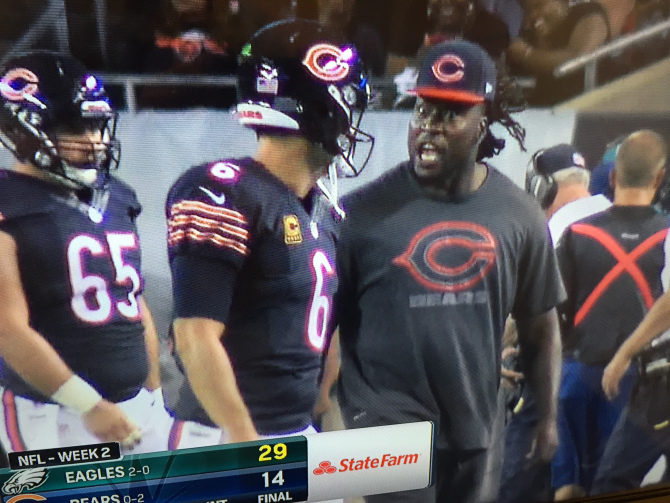