The Jags Are A Mess

The Jacksonville Jaguars entered the season with many having high expectations for them. They had talented pass-catchers, a running back that could produce and a quarterback that showed glimpses of being a leader of their team. The only question seemed to be whether or not their defense would improve going into the 2016 season. Well, not only has the defense not improved, but the offense has stalled all season. The Jags have been stuck in the mud on offense and the defense has not found itself all year long as the Jags have struggled mightily. And on primetime television, the whole world (or the ones that tuned in) got exposed to how bad the Jags really are. Jacksonville lost on the road to the Tennessee Titans 36-22 (game was not even that close) and fell to 2-5 on the year. And with how they lost, you would wonder how they even pulled off two victories versus the Colts and the Bears. But here they sit, getting ready to play out the rest of the year and then take a vacation in January. Gus Bradley, the coach of the Jags, is undoubtedly on the hot seat and will more than likely not last the season. And this mess now falls at his feet. But what all has made this team so bad?

Offensively, Blake Bortles was given the keys to this team. And with Allen Robinson and Allen Hurns, these three were expected to rip defenses apart. But unfortunately, that has not happened. Bortles has struggled mightily this season. He seemingly tries to aim the football more than throw it. When he does that, he tends to skip throws or just outright miss them bad. But not only is Bortles missing throws, but he is also under duress a lot of the time. The Jags have probably one of the worst offensive lines in the NFL and it shows everytime they play. It seems like as soon as Bortles receives the football sometimes, he is looking at defensive lineman in his face. That can alter your mechanics right there and throw them off. And that's not to say that he should not make some of these throws. But when you are shellshocked, you sometimes hear footsteps when there are none there at all.

The defensive improvement that was expected has not been seen this year at all. The Jags head coach, former Seattle defensive coordinator Gus Bradley, was expected to grow the young group of talent he had with the vets that he has on that side of the ball. But instead of that unit growing, they seem to be a unit in disarray. The first thing that tells you how out of sync they are is the dysfunction on that side of the ball. Every time turn around, they are getting a silly penalty. For example, in the Jaguars game versus the Titans Thursday night, defensive back Jalen Ramsey drew a personal foul by hitting a guy when he was way out of bounds. I know you want to be aggressive, but you also have to be smart. The Titans receiver did not catch the football and was well out of bounds. But instead of doing the smart thing, Ramsey hit him and gave the Titans fifteen additional yards and a first down. In order to be a good team, you cannot have these types of occurrences happen and the Jaguars have had too many of these. Along with the dysfunction comes the undisciplined play. Time and time again, you see the Jaguars taking improper angles on plays that should be routine. Rookie linebacker Myles Jack forgot to cover the cutback on a few runs plays Thursday night and that allowed Titans running back DeMarco Murray to make a big run. And on another play, Jags linebacker Telvin Smith was supposed to be playing zone, but he left his zone, allowing Titans wide receiver Rishard Matthews to run right where he was supposed to be for a touchdown. These type of breakdowns happen constantly with the Jags and are a huge reason why their defense cannot get consistent stops and play better than what they are.

With the way the Jaguars are playing, there is no way that Gus Bradley will be around next year. It seems that he has no control over the team and he has not helped them to achieve better things. Your job as a coach is to get the most out of your team and Gus may be a good guy, but he has failed miserably in steering the ship that is the Jacksonville Jaguars. This team needs some help and it is not Gus Bradley. In fact, this team needs a reality check and a sobering moment to get themselves back in order. Maybe if they fire Bradley, that will garner their attention. But only time will tell if that happens and if the Jags have enough gumption to fire him and bring someone in that can whip this team into shape. 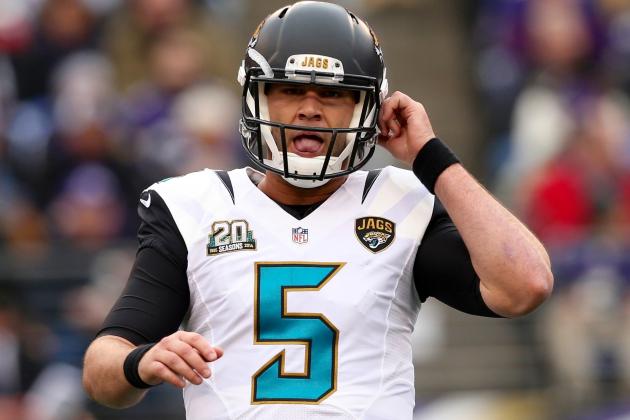