Jacoby Brissett Could Be Auditioning For A Big Role

The New England Patriots were in an interesting predicament to start the season. Tom Brady finally ended Deflategate and accepted the four-game suspension from the NFL. That meant that the next guy in line to start the season was Jimmy Garoppolo. The third-year quarterback had yet to really take a meaningful snap before this season, so the jury was out on how he would do. But judging how he did the first couple weeks, Jimmy was going to be solid. He played well in his first regular season start, completing 72.7 % of his passes and throwing for one touchdown. And in his second start versus Miami, Garoppolo was spectacular, throwing for three touchdowns and doing practically whatever he wanted to the Dolphins' secondary. But all the optimism with his play ended in the first half. Garoppolo was escaped the pocket to his right on a third and nine and made a throw across his body to wide receiver Malcolm Mitchell for the first down. The completion was nice, but the result of the hit Garoppolo took wasn't so good. Garoppolo took a hit that had him landing awkwardly on his shoulder. The injury looked very serious when it happened, but they were lucky that it was only a sprained AC joint in his throwing shoulder. But even with the positive that it was not an injury that would keep him out multiple weeks, he will definitely not be available Thursday night. And that means that rookie quarterback Jacoby Brissett will get a chance to start for the Patriots.

Brissett was a talented quarterback that split his career between the University of Florida and North Carolina State. The Patriots saw a talented quarterback with some running ability, and a strong arm and pocket pressence and decided they wanted to take a chance on him a third-round pick. Of course no one thought he would be playing this season when he was drafted. Many thought Brady would be playing the start of the season and that Brissett and Jimmy Garoppolo would be sitting on the bench the whole year. But with the Brady suspension and the Garoppolo injury, here is Brissett set to start the first game of his NFL career. And just like that, he is set to start Thursday night versus the Houston Texans. Many look at this start for Brissett as one that they just need to get through. But this one could actually be good for Brissett's career.

Brissett was highly efficient in his appearance in the second half versus the Dolphins, going six of nine for 92 yards. And while he had solid numbers, the Patriots will need more from him. Brissett does have an arm on him. That was evident at his two stops in college. Along with his arm strength, he has the ability to make some plays with his feet. For Brissett to be successful, it ultimately has to do with how well he  handles the mental aspect of the game versus the Texans. He saw a few things against the Dolphins and was able to process it and make the right play. But the Dolphins defense is not as good as the Texans defense, so I would imagine there would be more wrinkles and more things to process. Add in the fact that they have JJ Watt over there defensively and that could present some challenges. If the offense is as efficient and he is able to get the ball to the right people at the right times, then Brissett will show that he is a capable quarterback in the NFL. And if the Patriots don't recognize it, then someone else around the NFL will.

Brissett is definitely and intriguing talent. And some believe the offense may take a dip without Garoppolo. But those same people probably thought that Garoppolo would have some struggles as well and he proved them wrong in his small sample size. Brissett now has that opportunity to make a name for himself. He has the talent to make it happen, but now he has to show that he can do so. Thursday night will not only be another big game for the Patriots, but a big game for Brissett as well. 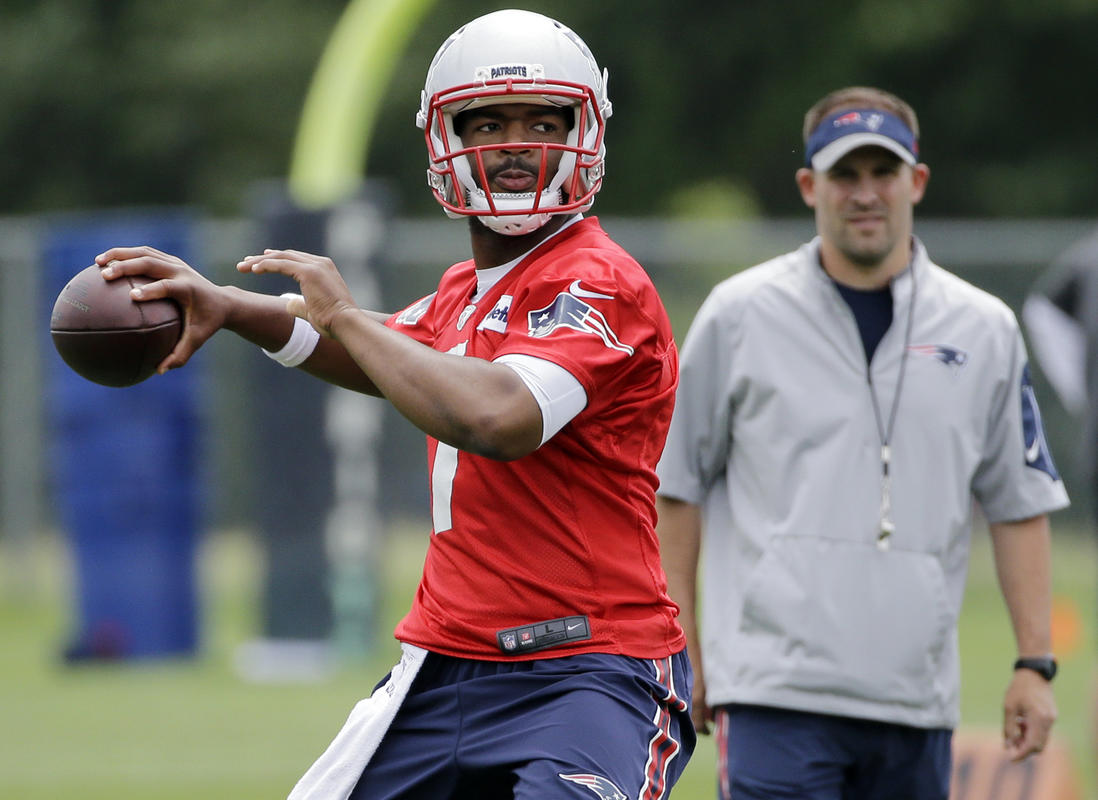