Did We Really Miss Much With No Hall Of Fame Game?

The NFL was finally back for some on Sunday night. The Hall of Fame Game was scheduled between the Green Bay Packers and the Indianapolis Colts in Canton, Ohio. And even though many of the top players would not be playing (Aaron Rodgers was not scheduled to play), there was some excitement to see some NFL players on the field. But unfortunately, that did not happen. Due to the conditions of the field, particularly at midfield and in the endzones, the game was cancelled. The endzones and midfield were painted and the paint was slippery. The grounds crew tried to fix it after the concerns of the coaches, but they were not able to solve the issues the coaches had with the field. And just like that, the wait for NFL football to come back got delayed just a little bit longer and some were really upset.

The withdrawals from football have hit some very heavy. In fact, some have been clamoring for it since the season ended. So to say that they were unhappy with the players not playing is an understatement. And the fingers should be pointed at the grounds crew for this one. They are the ones that painted the field. They are the ones that did not get it correct. Sure, everyone makes mistakes, but this one was one that everyone across the nation has seen. And along with the ground crew, the NFL gets a black eye for this mishap also. They put this whole show together and know almost every intricate detail. So to have all that information ahead of time and the game not happen was just wrong on so many levels. And again, NFL fans are at Goodell's throat. And there are some wanting him out over this messup. But let's be honest folks, Goodell isn't going anywhere no matter how much you want him to be gone. And you all will continue to watch football no matter how much you loathe him. As far as this game, many won't even remember this happened as soon as the season happens.

But let's get down the real things here. The only people that should be mad are the fans that were there to watch the game and the players that are on the fringe of making both teams. Other than that, why would you really be upset to not see this game? Were we really going to see some competitive football? Probably not. Was there going to be some sloppy play? Absolutely. And was there going to be many stars play in this game? Maybe not past one series. So what is everyone mad about again? The same people that are mad at the NFL about not having this game are the same folks that hate preseason football because of the things that could happen like season-ending injuries. Ask the Packers how the preseason robbed them of one of their best wide receivers last season in Jordy Nelson. Fans miss the game and want to see it, but there are tons that hate preseason football and would not mind it being gone or shortened. But yet by you watching it, you help Goodell and the NFL make more money and also ensure that preseason football will stay in the same format for some years to come. Think on that one football fans.

The display we did not see tonight may have saved some star players some injuries in the few plays that they were going to play. And it also saved fans' eyes from seeing some sloppy football that would have most turning the channel after the first quarter. Either fans want less preseason football or not. You cannot have it both ways folks.  This could have actually been a blessing for many that we did not see the game. 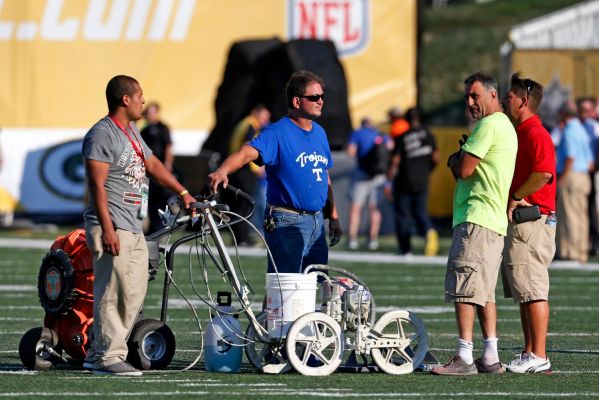