In any sport, there has always been a different between if you are hurt and injured. One mean that you could play through something an the other meant that you were sitting out the game. And usually on an NFL injury report, that reflected as probable, questionable or doubtful. If you were listed as probably, the chances were slim that you were going to sit out. The questionable tag meant that your chances to play were 50/50. And the doubtful tag meant that you had a 25% chance to play through the ailment that you had. Over the years, we have seen many play throughout the many different designations given by teams. Well, the NFL has decided to change those designations going into this season. Starting this season, the probable designation has now been terminated. And now there is only questionable, doubtful or out at this point. Some may not think this is any big deal at all, but think about the implications that could happen with this one move.

When teams are playing another, they study everything from what formations a team lines up in to their tendencies. And along with studying things that happen on the field, they also study who is or is not playing. With the probable tag, that would tell teams that they should prepare for that player to be in the game. And during the week, they will take time to prepare for that particular player. But with the probable tag gone, the questionable is the most information that you will get. As the questionable tag stands at this point, that tag for a player could make an opposing team make a decision. Do they want to spend time preparing for a player or do they want to guess that he will be out? If you take time preparing for that player and he does not play, then you have wasted time all week. If you prepare for a player and he does play, then you are ready for whatever he may bring to the table. This could be the chance that you take each and every week when playing against an opponent. And what could make this situation even worse is if a team gets smart enough to put plenty of key players on the questionable list to play a game. That would be one big puzzle to try and figure out.

Football coaches just gained one new headache with this injury status change. But they are not the only ones that have to decipher this change in injury status. Fantasy football players study their players and whether they are going to play or not all week long. And usually when a player is probable, it gives you a better understanding of if he will play or not and also lets you know if you need to get another player to take his place. With probable gone, the questionable tag now leads into all kinds of questions for people with their fantasy teams. Now fantasy football players will have to watch on social media to see what the status of players are on their teams daily if they are injured in the previous game. With the questionable status as the lowest form of being ready to play, that makes it a little bit more difficult to make a determination on a sub for a player. And it also places more importance on getting backups in fantasy football as well. For those that don't keep up with the injury status as great as the expert fantasy football players, this change has helped create another challenge for them to win their prospective leagues.

You wouldn't think that a small change in injury status would make a big difference. But it definitely will change the way people look at things, especially if a player like Tom Brady, Tony Romo, Aaron Rodgers or Adrian Peterson were to pop up on that injury list as questionable. I bet every team would be watching to see if those players are going to play and every fantasy football player would be hoping a declaration of that player playing or not would be done before the cutoff time in fantasy football. With one move, the NFL just added to the guessing game that goes on between teams and fantasy football players. The NFL espionage game has now begun. 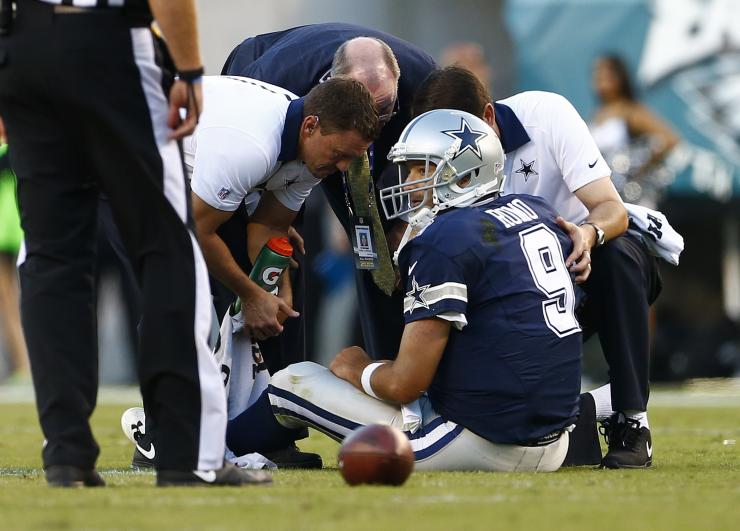