The Aftermath Of The Al-Jazeera Four Interviews

Goodell and the NFL front office had been winning this past summer. They fought against Tom Brady for a year and change in regards to the Deflategate saga. At first, it seemed like they won. Then, a few months later, they had their decision overturned and Brady was eligible to play. After that reversal, there was another appeal by the NFL and then Brady was back suspended again. And with where this case was headed next, Brady decided to drop the case and take the suspension. Of course the NFL had to feel good. They exerted their power over the players once again and showed them who was the boss. But they were not done just yet. Apparently the case that everyone thought was going to disappear reared its ugly head once again. The Al-Jazeera four, consisting of Packers linebackers Julius Peppers and Clay Matthews III, Steelers linebacker James Harrison and free agent lineman Mike Neal were immediately scheduled to meet with the commissioner. He informed them that they would all need to be there and speak with him on that incident, thinking he had all of them. But therein lies the arrogance of the NFL.

Goodell and his crew thought since they came out on the winning side of Deflategate that they would do the same in this matter. And with that confidence riding high, the NFL came into the Al-Jazeera case and were ready to make quick work of the four men that stood before them. And just in case those four were not ready to the interview or planned  to avoid it, the NFL threatened them with a suspension if they did not interview. All players would end up interviewing despite their trepidation at first and you thought that more would come from this. But based on what happened, this all ended up being a waste of time for three of them. Matthews, Peppers and Harrison were all cleared of any wrongdoing and now they can continue with their football season without hearing from Goodell on anything about this report (no decision has been made on Mike Neal as of yet). But for the NFL, it feels like this was all just a giant waste of time. They essentially interviewed them based on the information from someone that was proven to not have told the full truth to begin with. And the crazy thing is they really thought they were going to find out more and get something out of these players. Essentially, they just wasted time on some information that seemed to not be founded on anything substantial.

Leading up to these meetings, Harrison had some words to say about the commissioner of the NFL. He called him a crook while doing any interview at his locker before he was to meet Goodell. And Harrison was not the only one that called Goodell a name. Josh Norman in an interview that is on ESPN's website called Goodell a "dog in a suit". Both seem to echo the sentiments of what a lot of NFL players feel about him and many fans as well. And they all complained about Goodell wanting these interviews from them. But while they are complaining about Goodell and what he has done in his reign,   they may want to turn ar0und and be mad at themselves and their players' union. The NFL Players' Union and the players signed off on this deal, giving him all this power. And now they are having to deal with the blowback because of Goodell flexing his power on them. Now by all means is Goodell right to do all the things he has done? No he is not. But when they gave the man this power, they had to know that this was coming. And the thing that makes this situation even worse is that nothing can be done about this until 2020, when the collective bargaining agreement comes up again in the NFL.

With this flexing of power and trying to get the NFL players to do what he wanted, the NFL offices look like the bully on the block, making players do things against their will. But along with that, the NFL Players' Union once again gets exposed for being one of the worst unions in professional sports. Maybe in 2020 they get it right and we don't miss any NFL football. But both look like longshots at this time. 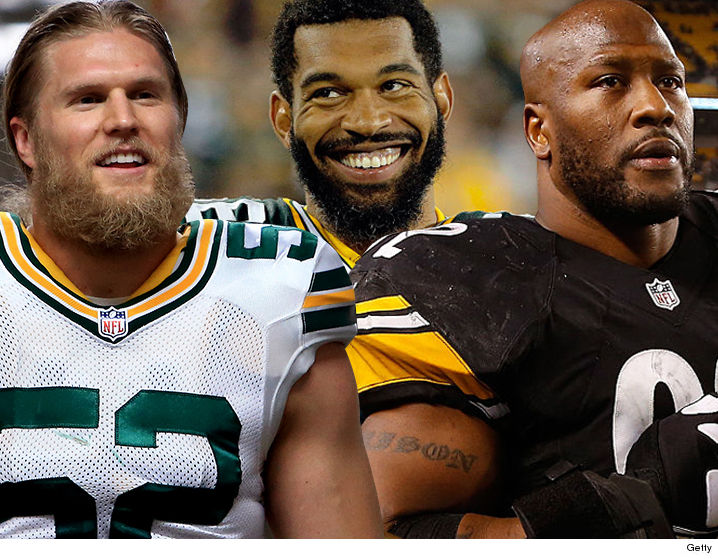