The Giants Have Two Big Issues That Could Harm Them

The New York Giants and their fans started the season with high hopes. Despite the finish of 6-10 last season, the Giants had high hopes. They went out and improved their defense this offseason, paying defensive end Olivier Vernon, cornerback Janoris Jenkins and defensive lineman Damon Harrison along with bringing back defensive end Jason Pierre-Paul. Along with those additions, the Giants were hopeful they would get wide receiver Victor Cruz back this year. With those pieces in place and with the team promoting Ben McAdoo to head coach, the feeling was they Giants had nowhere to go but up. And to start the year, the Giants validated the optimism by going 2-0. But after that hot start, the Giants cooled considerably, losing three in a row and there was some doubts as to the regime there and what they put together. Well, instead of the Giants falling prey to the doubts that were surrounding them, New York responded in a resounding fashion. After Monday night's 21-20 win over the Cincinnati Bengals, the Giants now have reeled off four straight wins and are now sitting at 6-3, good for second in the NFC East. Things are going good for the Giants right now and they are winning. But there are holes there that still need to be repaired. And for them to continue on this run and make the playoffs, they will need to solve a few issues.

The Giants offense is very explosive in the passing game. The trio of Odell Beckham Jr., Victor Cruz and Sterling Shepard are very talented. And when Eli Manning is on, that combination of Manning and these talented receivers can give teams fits. But as explosive as the passing game can be, the running game is virtually non-existent. The Giants are currently one of the worst running football teams in the NFL. Now they have won despite that up to this point, but they will need the running game to show up at some point. Some of the issue with that running game has been the offensive line. It seems like they cannot find any consistency up front. Every single play you can see when a Giants offensive lineman misses a block, allowing for the running back to be eaten up in the backfield. But along with the missed blocks, there are also running backs that are missing holes. Veteran running back Rashad Jennings had a good game Monday, gaining 87 yards on 15 carries. But other than that, the Giants really have not gotten much from their running backs since Shane Vereen went down with a triceps injury this year. The Giants may have an explosive offense, but the running game will have to show up at some point for them. If not, then there could be some problems down the stretch.

The Giants offense has some issues, but the defense has some as well. The defense for the Giants was supposed to be solid in all aspects this season. They brought in some pass rushers, a solid run-stuffer and a cornerback to help them in the passing game. But so far, their defense has not been the type of defense they expected. They are winning games, but they are not getting the production they thought out of the guys they brought in. But out of all three guys they brought in, one guy is noticeably absent when it comes to collecting sacks. The Giants spent a ton of money to bring in Olivier Vernon. He was considered one of the best pass-rushers on the market this offseason and the Giants thought they would be reviving their pass rush with him being brought in and keeping Jason Pierre-Paul on the opposite side. Well, as things go right now, the Giants are not getting what they paid for. The veteran defensive end out of Miami has been active this season, but his activity has not turned into sacks so far. Nine games in, he is sitting at only three sacks and is on pace for roughly six sacks. Now the whole pass rush is not on Vernon, but he is the face of that pass rush and is not producing. Going forward, the Giants need to find a way to bring more pressure and get more sacks. Whether it be by blitzing or running stunts up front, the Giants have to create more pressure. Because if they are not able to create pressure, that could put their secondary at a disadvantage with having to cover for an extended amount of time.

The Giants have rebounded well from a slow start and are really positioning themselves to make the playoffs. But in the ultra-competitive NFC East, there are no guarantees that they will get there. Going forward, the Giants need to look at solutions to solve their running game woes and their pass-rushing issues. If they are able to find ways to solve those issues, then they should be in great position to make the playoffs. And if they are able to get there, then who knows what could happen. It should be interesting to see what happens down the stretch for the Giants. 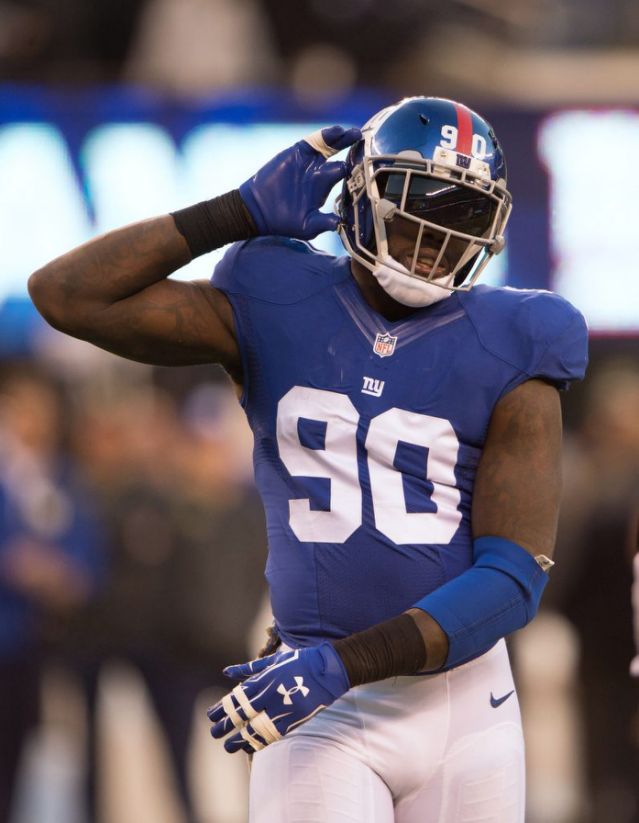