The New York Jets had high expectations going into this season. They were right on the cusp of making the playoffs last season when quarterback Ryan Fitzpatrick had one of his worst games of the season. The result of that game was a loss and the end of the Jets' playoff chances. So heading into this season with essentially the same team, give or take a few players, the Jets were thinking they had a good chance to win the AFC East. But my how things change in the course of one season. Ryan Fitzpatrick, who the Jets paid $12 million to for one season this offseason, has not been the same player he was last year. He threw for a career-high 31 touchdown passes last season and was great for the Jets. But this season, he has reverted back to the guy he has been for most of his career. He has even had a game where he threw six interceptions. Needless to say, he has come back down from the clouds. And along with his disappointing season, the Jets have stumbled out of the blocks at 1-5. After his latest performance on Monday Night Football versus the Arizona Cardinals (zero touchdowns and one more interception), Jets head coach Todd Bowles said he was going to stick with Fitzpatrick. But after a day or two to think it over, Bowles has had a change of mind.

The second-year head coach announced that backup quarterback Geno Smith would be getting his shot to lead the Jets to victory this upcoming Sunday. After the punch he took last season, that left Geno out of the starting lineup after Fitzpatrick played so well. But as Brandon Marshall recently said, he "punched adversity in the face" and stuck the course. And at the end of the game against the Cardinals, Smith was inserted into the game. He had some nice throws while out there, hitting receivers in stride with a couple passes. But he also had a bad play, where Cardinals defensive back Tyrann Mathieu undercut a route and picked off a pass. The play he exhibited in his cameo in the Cardinals game has been pretty much the story of his career. The fourth-year quarterback has talent, but he has never been able to find consistency. if he were able to find consistency, then he probably would not have been in the position that he was in to begin with. But the story has been if he is good, then he is pretty good and if he is bad, then he is really bad.

Going forward, Smith is pretty much down to his last shot in New York. If he fails this time, then there is no doubt that he will not be back there next season (there was a slim shot that he would be there next year anyway). But if he plays well, then there are a few options that could open up for him. The first option would be him getting to come back to the Jets as a backup or potentially competing for a starting spot (depending on who they draft this season). That would be a longshot based on the results from earlier in his career. But not only can he give himself an opportunity there with the Jets if he plays well, but he can potentially open up eyes across the NFL. And for those that are laughing at that statement, look at guys like Charlie Whitehurst that have played quarterback this year in an NFL game and also take a look at guys like Drew Stanton and Colt McCoy that are backups on teams as we speak. You cannot tell me that Geno is way worse than they are. So with this opportunity, Geno has more on the line than many want to realize.

Can he be consistent for once in his career? We shall see. But Geno is now in the driver's seat while Fitzpatrick is now holding the clipboard. Fitzpatrick may have gotten paid, but this season could show a reversal of fortunes. And for Geno, he could really stake his claim to that starting position this season come Sunday versus the Baltimore Ravens. The ball is in your court Geno. Now what are you going to do with it? 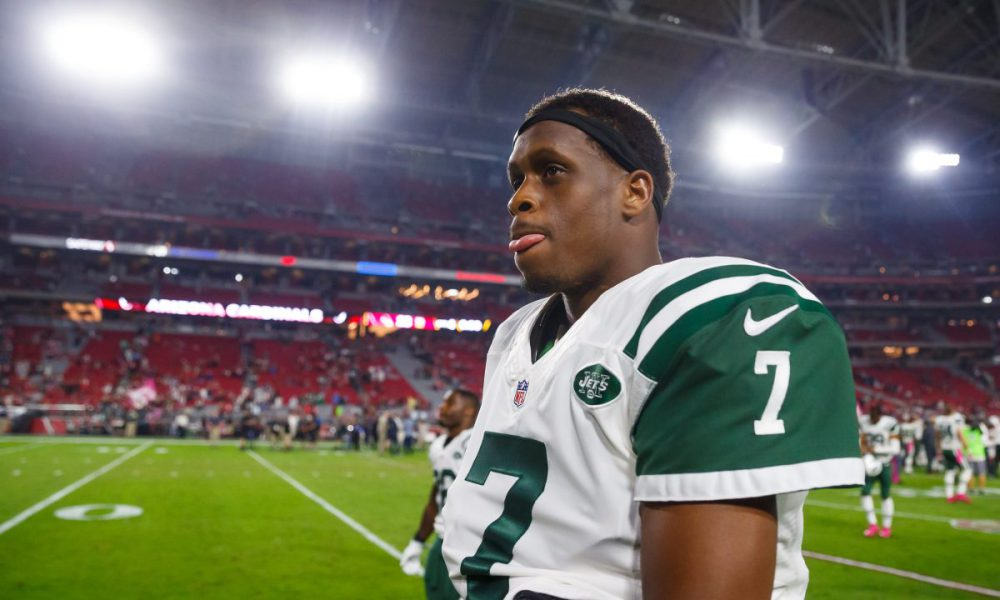