The NFC East was run by the Dallas Cowboys last season and that surely did not make fans of the other squads in that division feel good. The New York Giants especially did not feel good as they thought they may have been making a playoff run only to see it end in the Wildcard round last season. With a new season though, optimism was there for them. They brought in veteran wide receiver Brandon Marshall to compliment Odell Beckham Jr and the defense was going to continue to grow together. All was there in their estimation to make a run at that NFC East and dethrone the Cowboys. Well, things have not worked out as well as the Cowboys thought that it would so far as they are now looking at an 0-2 record so far this season after two bad-looking losses this season. While there are some fans that are trying to figure out what is wrong, those that have been watching them already know what the issue is already and it is one that they failed to address this offseason yet again.

The New York Giants have good weapons and they have a solid quarterback on offense, but what they don't have is a good offensive line. Last season, their offensive tackles may as well have been turnstiles because pass rushers were going right past them anytime they wanted to. Along with allowing pass rushers to run right past them, their offensive line was also inconsistent in getting push in the running game. While some of that was on the running backs that were running the football and the offensive philosophy that New York had, the offensive line definitely deserves their share of the blame. With all that being said, the Giants are in a world of trouble with what they are putting out there to protect Eli Manning and it is a miracle that he has lasted this long with what he has had to endure. The weakest link on that offensive line this season and last season as well the main issues with the offensive line has been former first round pick Ereck Flowers. The former 2015 first-round draft pick out of Miami has been atrocious at offensive tackle for the Giants. The scary part about it is that he protects the backside of Manning. So at any time, Manning could have his back caved in by a pass rusher thanks to Flowers. The offensive tackle has been stiff in his stance, bad in his hand placement and also heavy with his feet, which is a bad combination for an offensive tackle. He is not the only issue on this offensive line, but he seems to be the biggest issue, which says a lot about the people protecting Eli right now. Since there are not many options out there right now (Giants and GM Jerry Reece should have addressed this issue in the offseason), there seems to be only one option to trying and fixing this issue.

Flowers has to be moved from where he currently is on the Giants offensive line. The more he plays, the worse he gets there and there is nothing the Giants could possibly do to correct him at that position he plays right now. So one solution is to flip-flop him sides. Move Bobby Hart, when healthy, to the left side of the line beside guard Justin Pugh. This move would put Flowers on the front side of Eli, where usually the second-best pass rusher for a team is lined up. Hart, even though he is not exactly outstanding, would be an upgrade over Flowers at that position and would provide them maybe a guy that could pair with Pugh and give them some push in the running game. Unfortunately, that may not be an option because of Hart's injury, but there is another play the Giants could make. Justin Pugh has played some offensive tackle and that is something the Giants may want to look at again. Pushing Flowers inside would allow him to use his brute strength to push open holes inside for the running backs. While he may struggle with pulling or trapping, it isn't like the Giants run the ball enough for that to really be exposed to begin with. Putting Pugh outside will help the balance of that line and maybe give Manning more time to find his weapons.

We would be sitting here all day is I had all the fixes for the Giants offensive line, but addressing the one biggest issue is the thing the Giants need to do as soon as possible. As the season goes on, if they don't address this, then you are going to be looking at a guy in Flowers that will continue to lose confidence and not be useful anywhere. Moving him would free his mind and also allow him something else to focus on other than getting beat every single game. Chip blocks with running backs and tight ends will not help him on the backside of Eli. Moving him positions will though. Now how long it takes the Giants to realize that is going to be the real question going forward. 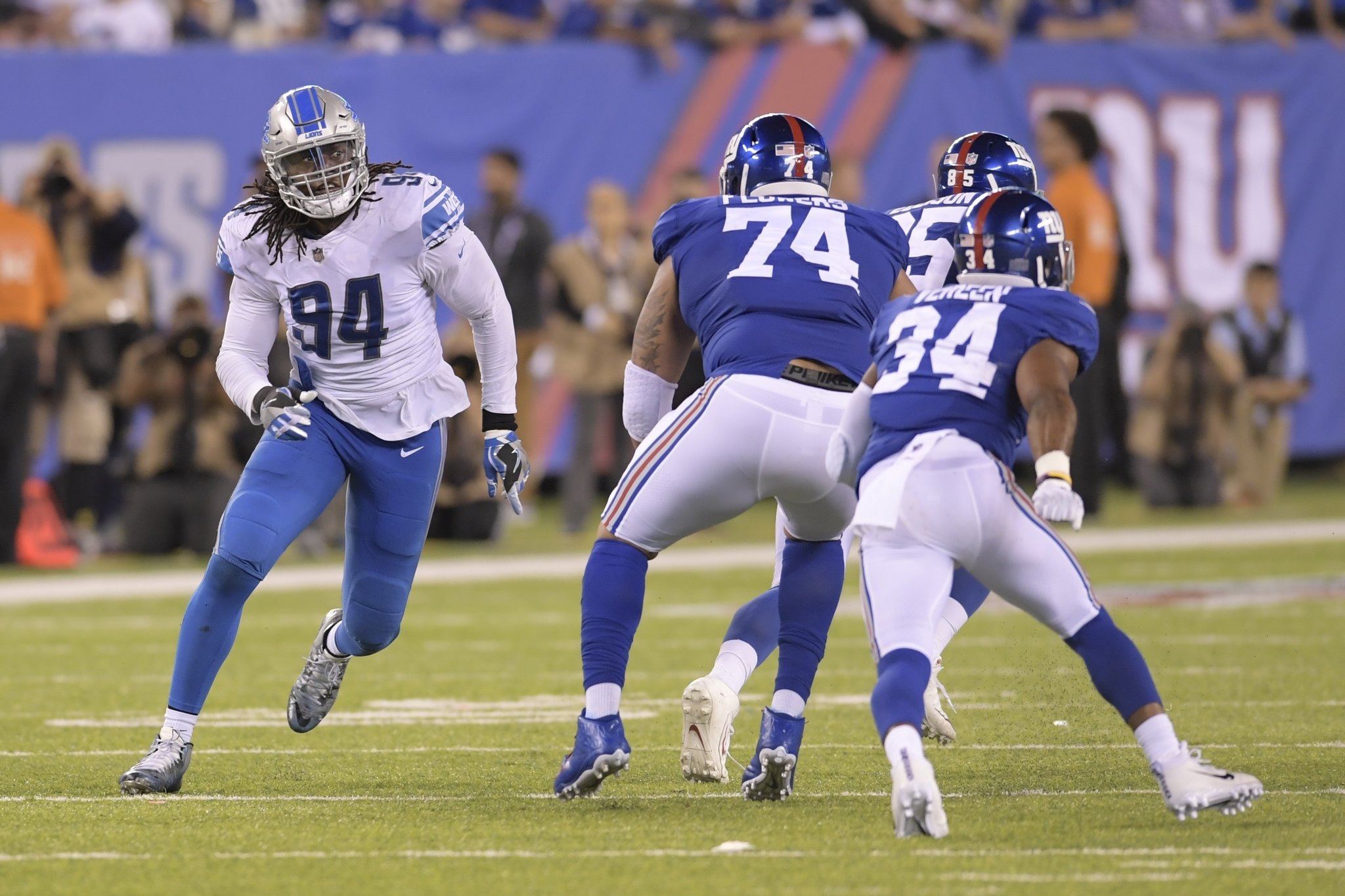