Larry Fitzgerald: The Rock Of The Cardinals

Larry Fitzgerald just completed his first game of the 2016 season. The Cardinals were taking on the New England Patriots on Sunday night football. Arizona was favored to win, but we all know what to expect when it comes to New England. Well, the Patriots, depite not having Tom Brady at quarterback and Rob Gronkowski at tight end, were able to pull off the win in the desert 23-21. The Patriots may have won, but no one can say that Fitzperald did not do his job Sunday night. The veteran wide receiver caught eight passes for 81 yards and two touchdowns as he helped keep the Cardinals close. Cardinals fans are used to seeing these type of performances time and time again from the veteran wide receiver and this game was no exception. But what Cardinals fans may have to get used to one day is that he will not be there. Fitzgerald rumors flew that he was going to retire after this season. That has since been refuted per a report by ESPN's Adam Schefter. But we know his career will end one day. So how will he be remembered?

One thing he will definitely be remembered for is his constant commitment to his team. When Arizona was good with Kurt Warner as the quarterback and Anquan Boldin as his teammate, it was easy to say that Fitzgerald would be in Arizona for a while. But when Warner retired and Boldin got traded, the team went down a little bit and there was some thought that Larry would have to leave if he wanted to win or have a chance to win a title. But instead of leaving, Larry trusted in the organization and stayed there through the down years. Some thought he was a little crazy to stay there knowing the team was not very good at that time. But as you look at it now, Larry was comfortable being there in Arizona and had no desire to leave. And now his patience and commitment to the organization has been rewarded. Ever since Bruce Arians has been there, the team has gotten better and better each year and he has had the chance to be a part of it the entire time. In a league where players never really stay their whole career at one place, Fitzgerald has been the exception to the rule.

Along with being there win, lose or draw, Fitzgerald has always been a guy that never complains on the field. He could have complained many times that he was not getting the ball enough, especially in the years where he did not reach 1,000 yards receiving. But instead of complaining publicly and things like that, he did other things on the field. He blocked cornerbacks while the team called running plays and supported his teammates while they were doing what they could on the field. His ego never came into play when it came to the team from what all of us saw during his career. Fitzgerald essentially did whatever he needed to do to help his team win the game. Unfortunately it did not work out that way all the time for him, but he did not complain about it at all. Sure, he could have had more catches, but that did not matter to him as much as winning the games.

When Fitzgerald decides to hang them up, he will leave the Cardinals as one of their most accomplished players. He will have over 100 touchdowns in his career while he currently has seven 1,000 yard seasons in his 13 year career. But beyond the numbers, Fitzgerald will be remembered as a solid teammate who was selfless and committed to the organization through thick and thin. With him getting towards the end of his career, I'm sure the Cardinals would love to send him out with a title. Whether that happens or not we shall see. 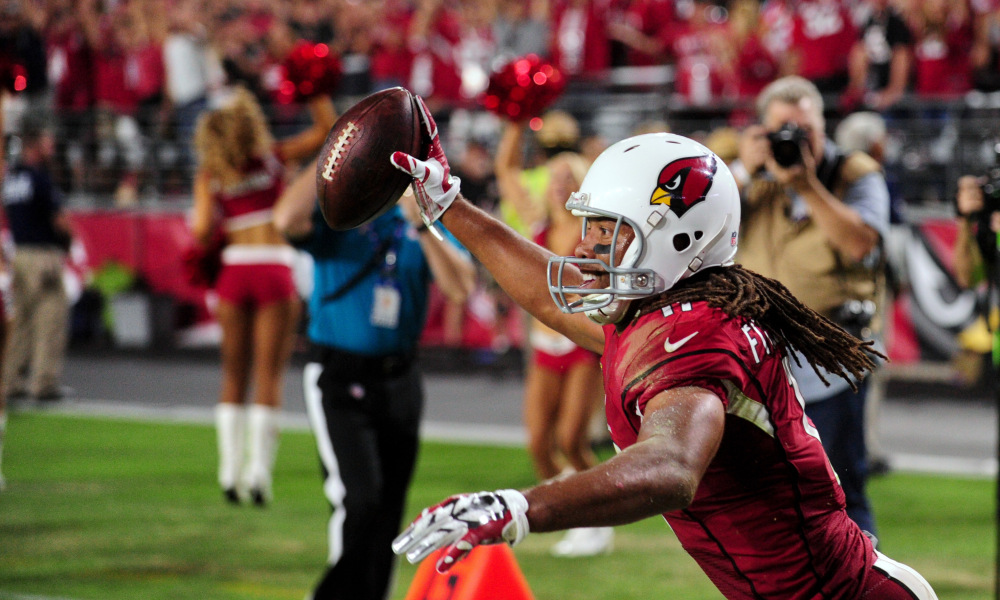