The Suspension Heard Around The World

Ezekiel Elliot was pumped up before the 2016 NFL Draft. People talked about how he was going to be so good in the pros and how he could be a franchise running back. All that talk made Dallas believe in him and they took him with the 4th pick in the NFL Draft last season despite some thinking that they did not need him and had other needs. Well, the pick proved to be the best pick they could have made, as Elliot ran for over 1,600 yards and had 16 total touchdowns on the year. With that type of production in his rookie season, there were many Dallas fans that were looking forward to seeing what he was going to do this upcoming season. Well, those who were looking forward to seeing him on Sundays to start the season may have to wait just a little while longer. As many know, the NFL has been investigating the activity of Ezekiel Elliot along with the accusations of domestic violence involving his ex-girlfriend. While he was not convicted of anything in regards to the domestic violence charges, the other issues including a bar incident most recently raised some red flags in the eyes of the NFL and they suspended him for six games. Elliot has given every indication that he will be disputing the suspension, but there is no doubt that he will be missing games this year.

The news of Elliot being suspended was not received very well by Dallas Cowboys fans and fans in general. The main point of contention many had was that he had not been convicted of anything. But for those that are hanging on that defense for him have to look at the entire picture. The NFL is not the legal system in America and it will never will be. But what the NFL has stated in their rules is that despite what happens in regards to a court case and a person being guilty of not in the court of law, the NFL can still review the case and put their ruling on it. For example, Greg Hardy was proven not guilty in his domestic violence case and he was still suspended for some time in the 2015 season. So with that being said, the NFL essentially ruled that he did not put the league in a good light with all that happened and that he will now have to pay for it. Sure, his suspension may be reduced to four games, but that does not change the fact that the NFL was not happy with his actions and he has to face the music. Elliot's suspension may be a bit much, but one that the NFL can do and will do.

But before you think I was going to let the NFL off the hook, let's also take a look at the suspension from a different aspect. Elliot may or may not have committed domestic violence against his former girlfriend and the NFL may have found the evidence that was not enough to find him guilty and punished him for it. The evidence in Elliot's case is of what we saw and what the NFL found, which we are not sure of all they saw and found. One thing we do know is that we did see some evidence in the case of Josh Brown. His wife was put in danger numerous times and the team and NFL knew about it too. If you think they don't, then take a look at how they had to move Brown's then wife and family to another area after she called the NFL security while he was at the Pro Bowl. Notice that the NFL had all this evidence against him and they only suspended him for one game. One measly game. The NFL tried to sneak that one past us all and then tried to give him a one game suspension like that was cool and she contacted the police and the NFL about this mess too. So with this case, what was so different that Elliot got six games and Brown only got one? There was more evidence in this case that we all have seen for Elliot and the NFL and the Giants tried to cover up the entire incident like it never happened.

Whether you want to understand or not, the suspension of Elliot is well within the rights of what the NFL can do and he will more than likely receive a reduction rather than a complete reversal. But along the lines of the suspension, does the NFL still want to keep avoiding why they did not take care of Josh Brown when he had his issues? Oh that's right, they want to act like it never happened and try to sweep it under the rug. But the reality is that you had more evidence that was presented to the public than in the Elliot case and you still dropped the ball. Many will want to blame Goodell for this decision, but what many fans of the game may want to actually understand is that Goodell did not make this decision at all. He has a department that levies the decision. But what Goodell does need to be held accountable for is reviewing the people making these decisions on suspensions to make sure that the Josh Browns don't slip through the cracks or go unpunished while others do. 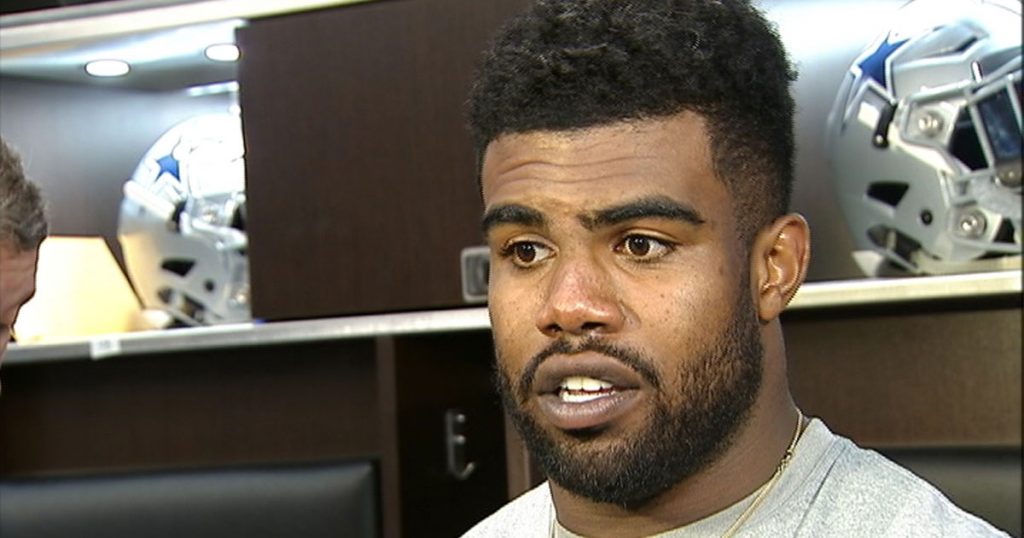