The New York Giants Have A Rotten Apple

The New York Giants had some high expectations this offseason. They made the playoffs last season and some of their fans were looking to see them make the playoffs again. While that may have been something some fans wanted to see, there were some fans that were more realistic. The offensive line, which was an issue in 2016, was still not addressed in the 2017 offseason. Along with that issue, there was also the question mark of who were the linebackers of this team. And most of all, the question of who was going to run the football was never looked at. While the linebacker issue was not huge for the Giants, the offensive line and running the football was something that was never solved. Those issues along with a coach that looked lost in Ben McAdoo resulted in a catastrophic season that mercifully will end this weekend versus the Washington Redskins. The team will be looking for a new head coach and general manager after firing McAdoo and Jerry Reese. Along with those personnel and coaching issues, there is also some infighting going on.

Giants safety Landon Collins reportedly had this to say in regards to his team and a particular player: ""There is only one corner who needs to grow up and we all know who that is. That would be the only person I would change out of our secondary group ... That first pick ... he's a cancer." The person that Collins was speaking of reportedly was former first-round pick of the Giants Eli Apple. The young cornerback has almost walked out numerous times, got caught tweeting from the sidelines and has been utter dysfunction like the entire team this season. With all this coming out and more than likely Collins voicing the thoughts of many others on the team, the Giants new ownership may have to make a decision and make one fast. Apple has seemingly alienated himself from his teammates and become the face of the craziness under McAdoo's reign in New York. It may be time for Apple to find a new home and find one soon.

The young corner has some talent and some ability, but he also has some growing up to do. At this time, the picture seems to be painted that he is not fully invested in the Giants organization. So with that being the case, why not trade him and give him a new lease on life somewhere else. Sometimes a fresh start is not only good for a the player but for the team. The great thing for the Giants is that he is still on a rookie deal. The Giants may not get much, but the little they get from him may be worth it to rid their locker room of him. Along with the Giants getting rid of him, hopefully for Apple this will get his attention a little bit. Playing in the NFL is not a given even if you were a first-round pick, and Apple has seemingly lost sight of that. A trade would either wake him up or speed up his exit out of the NFL. He would be heading to a new team that has no idea about the person he is, thus giving him a  fresh start with new people around him.

The Giants were a failure this season but what was more of a failure was this type of information being put out there. Lots of time, this type of talk never makes it out of the locker room, but this time it did and it does not put the team in a flattering light. With whoever is the coach and general manager of the Giants, they have to handle this situation once they arrive and handle it swiftly. Apple is becoming Rotten and the team is tired of it or so says Collins (I bet there are more players that feel this way about him). Time for Apple to pack his bags. Soon his stay in the Big Apple could be over. 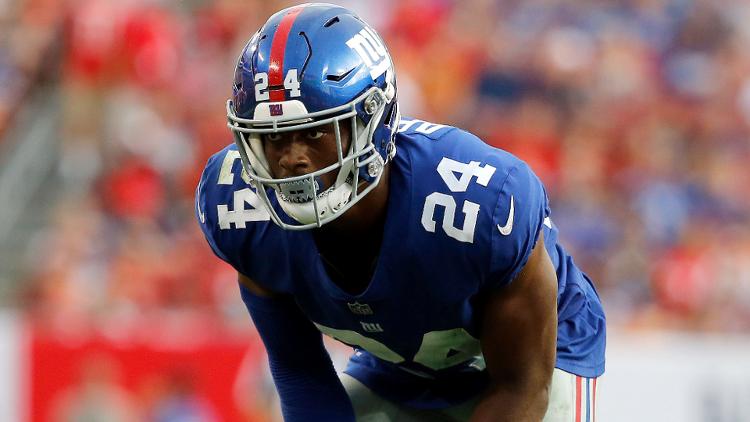