Heading into this season, expectations were high for the Cowboys. They had two rookie at key positions that exceeded expectations in 2016 and they were sporting one of the best offensive lines in the NFL. Defensively, they were lacking in having an elite pass-rusher but they were elite when it came to hustle and desire to make up for their shortcomings. Unfortunately, Dallas did not live up to the expectations that were laid before them. Running back Ezekiel Elliott was dealing with suspension rumors all season (it finally happened towards the end of the season), quarterback Dak Prescott did not have as successful a season that he had last season, the offensive line was not as powerful as they were in 2016 and the defense was not as good at overcoming not having an elite pass-rusher. Along with all those things not going so well, the Cowboys seemed to have one player that disappeared more than anyone this season.

Wide receiver Dez Bryant is considered the star wide receiver for the Cowboys. Over his career, he has made big catches, plays and ultimately been that threat in the passing game alongside Jason Witten that has boosted Dallas. Coming into this season, people expected him to get back on track after what some considered a down 2016 season after an injury-marred 2015 season. With the running game that Dallas had and Jason Witten being as consistent as he has been at tight end, it was assumed that he would step up and play well. Unfortunately, that did not happen this season for Dez. The veteran wide receiver is on pace to not reach 1,000 yards receiving again this season and right now, he has only six touchdown grabs. All this while he has a good secondary receiver in Terrance Williams and a good slot receiver playing with him in Cole Beasley. We know that Prescott did not have as good a season as he did last season, but Bryant's numbers still should be better. So with his decline being televised, what can he do to make it better and be more productive?

The first thing Dez does and has always done is fight the football when he is catching it. You would think at this point in his career, he would learn how to pluck the football out of the air instead of trying to catch it with his body or fighting the ball so much. Instead of him doing so, he is still fighting the football. The way his hands try to catch the football shows me that he is not relaxed when in the moment. Either that is Dez being eager to catch the football or he is not as confident in his hands. Dallas fans better hope that he is eager to catch the football because he is too late in his career to not have confidence in his hands. One suggestion would be for him to work with someone on refining his skills as a wide receiver in terms of catching the football. The more he becomes relaxed, the easier things will flow for him there. Along with relaxing while making a reception, Dez also has to be a better route-runner. When he first entered the league, he did not run great routes but his physical attributes allowed him to overcome them. Dez isn't an old wide receiver, but he is getting older and as you get older, the jets you once had aren't exactly the same anymore. When that happens, you have to refine your route-running in order to get open. Dez has yet to do that, so he does not get open quite as easily as he once did. The route-running along with fighting the football are issues that have plagued him his whole career and are catching up to him right now.

Dez is schedule to make at least $12.5 million in salary next season for Dallas. With the production that he has offered over the last two seasons, that means he may be asked to restructure his contract or be released. The future could be up in the air for him in Dallas if they ask him to do so, but his future as a NFL wide receiver is totally up to him. He has to refine his skills and get better at catching the football in order to succeed whether in Dallas next year or somewhere else. If he does not work to make himself better, then he could be looking at an exit from the NFL sooner than he wants to. The choice is yours Dez. 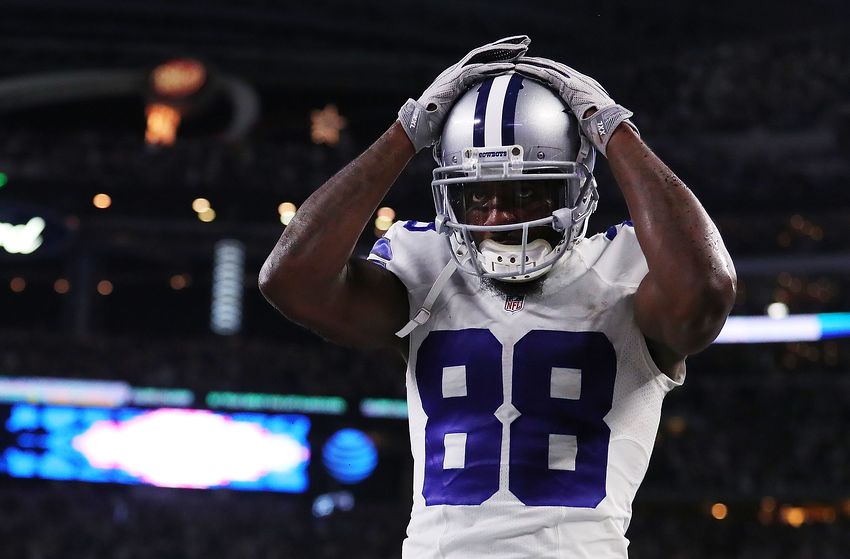