More Delanie Is Good For Tennessee

The Tennessee Titans suffered a tough loss in Week 1 of the NFL season. They were up 10-0 at halftime and were playing physical football. But in the second half, a fumble return and an interception return highlighted a second half littered by turnovers for Tennessee. The Minnesota Vikings took total control of all the Titans miscues and ended up winning the game 25-16. Coming off that loss, many Titans fans had the feeling of "here we go again". And after the start in the Detroit game, the Titans looked to be still hungover from their loss to the Vikings. The team look unenthused and not ready to win the game. But when down at the start of the fourth quarter 15-3, the Titans stepped up and made plays. And with a Marcus Mariota touchdown pass to wide receiver Andre Johnson with 1:13 left in the game, the Titans completed their road comeback, scoring 13 points in the fourth quarter. The Titans head back home to take on the Oakland Raiders this week and there have been some noticeable ups and downs in both games. But one guy that has to be involved if they are to win is tight end Delanie Walker.

In the first game of the season, all anyone could talk about was the new focus of the offense. The combination of Derrick Henry and DeMarco Murray had many excited in the physical direction the Titans were headed into. Well, they were a more physical football team, but it seemed that they forgot about their most consistent weapon in the passing game. Delanie Walker was their main weapon in the passing game last season. He had 94 receptions for 1,088 yards last season. But in this game, you would have thought he was just some pedestrian tight end. The Titans really did not go to him within the game much. At times plenty may have forgot he was even on the field. As the game was essentially out of hand, the Titans finally began to look his way. But those catches really were empty as the result was already written.

In the second game, it seemed the Titans adjusted their gameplan in regards to Walker. Instead of just focusing on the run and other players, the Titans got the veteran tight end more involved. Walker would have two receptions of over 30 yards in the game, including a huge 30 yard touchdown catch that ignited the comeback win in Motown. Walker ended the game with six receptions for 83 yards. His numbers were double what they were in the first game and he got to score as well. And although Mariota's numbers were not better than they were in the first game, he did look more comfortable as the game went on and a big piece of that is Delanie Walker's presence. And if none noticed, he caught every pass he was targeted with. Walker can be the security blanket that Mariota needs. But of course, the Titans have to look for him.

The Titans are at an even 1-1 to start the season and they still have some room to grow offensively. But in growing offensively, they better make sure to get Delanie Walker more involved. He is essential to what they need and can make them better if he is a part of the action. The Titans can want to run and be more physical all they want. But they have to get their best playmaker in the passing game involved every week if they want to have their best chance of winning. 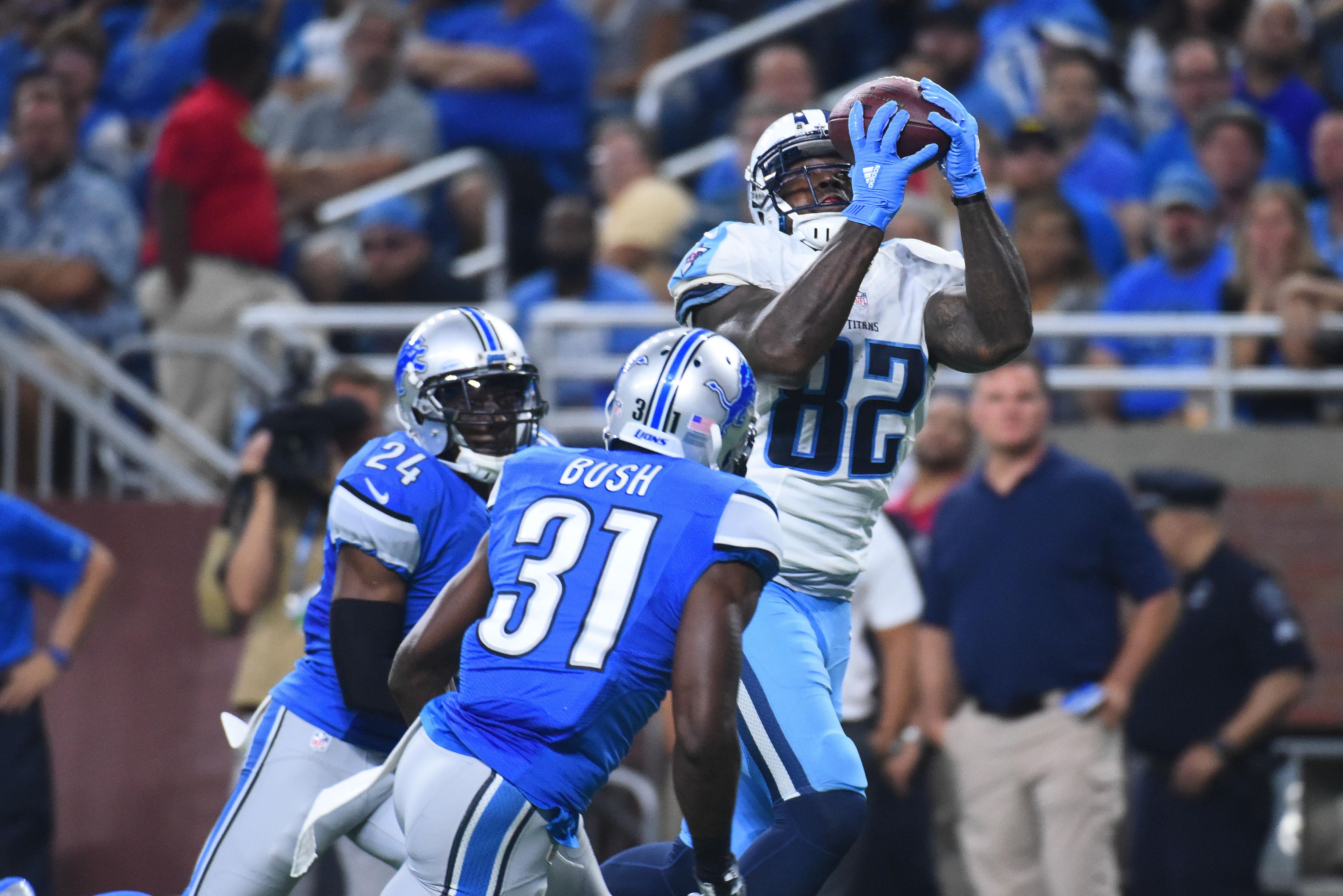