Deep Cover… In The Titans Secondary

Everyone heard of Dr. Dre back in the days of N.W.A., but no one knew what would become of him after that. After the breakup of N.W.A., he went in his own direction as did other members of the group. Many wondered when he would resurface and how. Well, the movie Deep Cover offered that opportunity. The 1992 movie, which starred Laurence Fishburne, was about the exploration of Fishburne's character going undercover, how deep he has to go undercover and what he finds out about the investigation while in it. The feature song for this movie was Dr. Dre's first time out post-N.W.A. The song, which shared the same name as the movie, featured Snoop Dogg for the first time ever on a record. The song was not a highly successful song across the country, but it brought us all Snoop Dogg for the first time and launched his career. And along with that, it offered up a glimpse into what was coming from Dr. Dre. Of course the Titans are not going into Deep Cover. They actually came close the playoffs last season when no one really thought they had a chance to make it. But even with the success they had last season, there need to be some improvements defensively and in one particular place needs it the most.

The Titans defense was a lot better than some expected it to be. They were able to create pressure and make some plays up front. And when the pressure was effective up front, it made their defense better. Defensive coordinator Dick LaBeau used some of his veteran ingenuity to make the Titans defense look better than what it was. Along with the smarts he showed as a defensive coordinator, he also was smart enough to not put his defensive backs in a lot of man-to-man situations that they could not handle. All the success they had this year was good, but there needs to be more diversity to this defense. The pass rush could stand to get younger and the linebacker corps could get a little better as well. But the biggest issue the Titans have is the cornerback play. Taking a look at the Titans cornerback play, they leave a lot to be desired there. The top cornerbacks for the Titans going into this season were Jason McCourty and Parrish Cox. Both were considered solid veteran cornerbacks going into this season, but both were also not guys that you would consider being top cornerbacks. In all honesty, both were probably number two cornerbacks at their best. As the season went on, you saw that Tennessee was covering for them by what schemes they were running and eventually the bad secondary play from Cox along with his injury history with the Titans this season cost him his job, as he was released after the Bears game this past season. McCourty, on the other hand, was bouncing in and out of the lineup himself. When he was in there, it was evident he was not the same guy he once was. He still has the capability to be a good cornerback, but he is not a guy that can be your top cornerback.

So with McCourty and Cox not providing permanent answers as starting cornerbacks starting the season, the Titans went to Valentino Blake, rookie LeShaun Sims and Brice McCain pretty often. Sims could potentially blossom into a starter for the Titans, but Blake and McCain will be better served as the third and fourth cornerbacks. So with that being said, the Titans need to be on the lookout for someone to add to the mix. Not only do they need to add a body there, but they need to add someone that is capable of being a starter and locking down the opponent's number one wide receiver. One way they could go about getting that certain player is the draft. There will be plenty of cornerbacks available and plenty cornerbacks that can play man-to-man defense. Guys like Sidney Jones from Washington, Marlon Humphrey of Alabama or Teez Tabor of Florida should all be available when the Titans are making their second pick of the draft at #18 (expect the Titans to pick an offensive player with the fifth pick of the draft, which they acquired from the Los Angeles Rams last year). All three have the ability to be star corners in the NFL and all could slide right into the rotation with Tennessee. Other than the opportunity to draft a cornerback in a deep draft for corners, there is the option of going to get someone on the market. The Titans have money available to go get someone on the market, but they want to be careful not to overpay someone too. Guys like Dre Kirkpatrick of the Bengals and Stephon Gilmore of the Buffalo Bills would fit more to what the Titans need if they go the free agent route. However, they have to ask themselves what they are willing to spend in order to upgrade that position.

The Titans franchise seems to be in a better position than they were last year. They got better from the 2015 to the 2016 season and almost made the playoffs. But like those two years show, things can change at the drop of a hat and the Titans want to stay competing for a playoff spot. They obviously have to make more moves than signing or drafting a cornerback, but they definitely want to make that a big priority. The producer of the Titans, general manager Jon Robinson, wants to make The Next Episode of the Titans successful and a playoff team. He has shown he knows what to do so far with what he did in the 2016 offseason. It ought to be interesting to see what he does with this offseason. Titans fans are hoping Robinson attacks the offseason with Bad Intentions for everyone that is on their schedule next year. 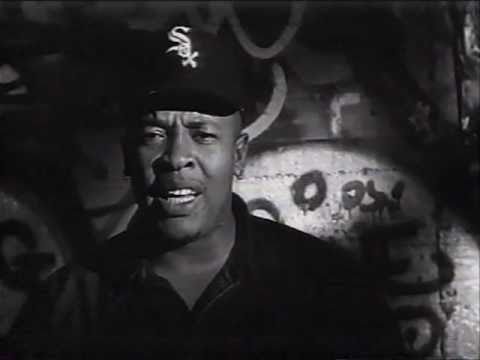