DeAndre Hopkins was selected 27th overall in the 2013 NFL Draft. The talented receiver out of Clemson was one that many overlooked at times because of the presence of current Buffalo wide receiver Sammy Watkins lining up on the other side of the field. But Hopkins had the speed, hands and elusiveness that had the Houston Texans sold that he could be their guy. And over time, he has become that. When he first got there, he was lining up alongside veteran Andre Johnson. And he started his career with 800+ receiving yards and two touchdowns in his first season. But after that, Hopkins has been a man on fire at the wide receiver spot. He has gotten better with each season he has played. And last year with him taking over the number one wide receiver spot, he showed up and showed out. Hopkins tallied 1521 yards receiving (third in the NFL) and he scored eleven touchdowns, which is more than he scored in his first two years combined. And with the constant improvement, the former Clemson wide receiver is looking for an investment into him by the team. He is getting paid only $1 million this upcoming season and he is scheduled to make $7 million in his last season on his current contract in 2017. With the numbers he has put up, there is no doubt that he is underpaid.

Hopkins is one of a handful of wide receivers that can take over a game when given the opportunity. And like one of them, Atlanta's Julio Jones, he has no one catching the ball opposite of him. In Julio's case, it seemed like they went away from veteran wide receiver Roddy White more than he wasn't effective. But in Hopkins' case, it was more that he had no one at all. The team signed wide receiver Cecil Shorts III last offseason thinking he could be the receiver opposite of Hopkins. But with 484 yards and only two touchdowns, he performed way worse than they thought he would. They will try again with first-round pick Will Fuller to add that other explosive wide receiver to their team to take some pressure off Hopkins. But how it currently stands, he is the only weapon in the passing game for them. And he even did all this last season without a steady quarterback.

Hopkins is underpaid and was the guy that every team focused on. And despite that, he was spectacular. If this sounds familiar for this team, just think back to when JJ Watt was excelling when he first got to Houston. Watt was a beast when he first got there in Houston and he quickly became the best defensive player they had despite what offenses tried to do with him. And in his instance, the Texans saw what he was and decided to sign him to a six-year,  $100 million deal with a little under $52 million in guaranteed money. When they gave Watt that contract, they did so with him going into his fourth year of service to the team. With Hopkins, it has not been indicated whether they have even approached him for a deal. But at the rate he is going, they need to. If they wait until next year, his pricetag will get higher and higher. And after seeing what Julio Jones got from Atlanta (five years, $71 million with $47 million in guaranteed money), the Texans could be looking at a deal (if they do it before the season) of five years and around $76 or $77 million with $52 or $53 million guaranteed. That surely will satisfy Hopkins and pay him for what he is done and will more than likely continue to do.

The 24 year old Hopkins has shown tremendous poise as he has grown into a leader for Houston. And for all that he has done in his three short years, he should be compensated for it. He is one of the top wide receivers in the NFL and he deserves to be paid more. The question now is will Houston pay him now, pay him later or let him slip through their fingers. Only time will tell. 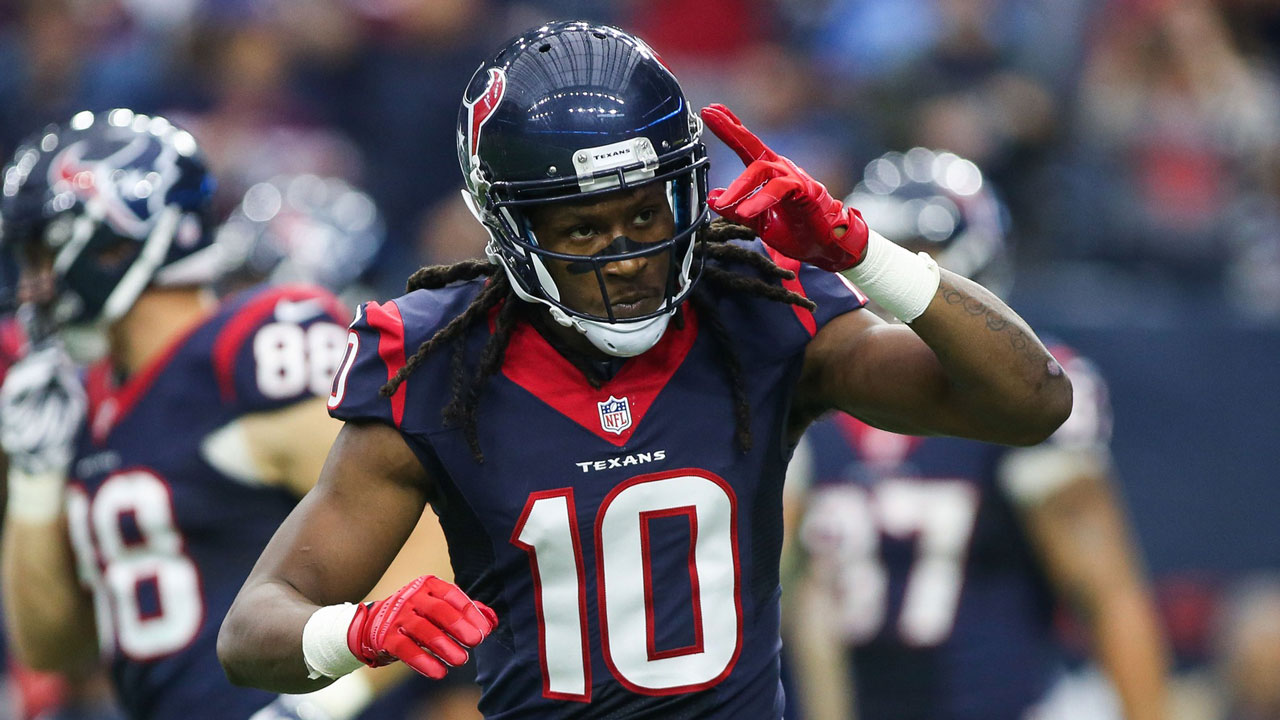