Orleans Darkwa is the better fit over Peterson, Charles

The preseason has proven to be exactly what it is to most fans: a prelude to the regular season. There have been position battles, exciting plays and also the unfortunate injuries. One player the Redskins were depending on was Derrius Guice. The exciting rookie was going to get a lot of chances to prove he could be the feature back in Washington. Unfortunately, he went down to injury this preseason. His torn ACL will keep him out for the entire 2018 season, leaving the Redskins with a potential void at the running back position. With that position open, the Redskins are looking for help and it seems they are going to look at the veteran route first. Adrian Peterson, Orleans Darkwa and Jamaal Charles are the three candidates the Redskins are taking a look at to replace Guice and all are capable backs. However, in looking at all three of them, Darkwa is more than likely the best option.

If you go by name recognition when it comes to these backs, everyone would automatically take Peterson. After all, he is a future Hall of Famer and did some great things over his career carrying the football. The thing about Peterson is the NFL is not what it used to be and he cannot be utilized the way he once was in the NFL. Gone are the days where running backs can get 25-30 carries a game by themselves in the backfield. These days, the league is leaning more towards the passing game and uses multiple backs in order to have an effective running game. Peterson showed in New Orleans that he cannot really be effective in a running back rotation. So with what Washington would like to do, he would not be a fit. Also with quarterback Alex Smith, the offense will more than likely use the running back catching passes out of the backfield. Peterson may have caught some passes in his career, but he is generally not a good pass-catching running back and would be a hindrance in that aspect of the game. Darkwa is not overly great catching the football, but he is better at it than Peterson and he also is used to being in a running back rotation unlike Peterson. He could fit seamlessly in the rotation for them and fulfill a role for them without complaint.

Darkwa is the better option over Peterson, but he also is more of a fit over Charles. Everyone remembers the Jamaal Charles that played for Kansas City. The back he was five years ago was explosive whether it was running the football or catching it out of the backfield. He essentially was Kansas City's offense. Unfortunately, he suffered a knee injury and he has not been the same since. Since 2014, he has never played a full season and last year in Denver, he looked like a shell of himself. The Redskins would be taking a chance on Charles regaining his explosive speed and quickness, but there would definitely be no guarantees there. With Darkwa, he is definitely not the explosive running that Charles was, but he is more dependable. While Charles has played in double figures games once in the past three seasons, Darkwa has been in double figures in the past three seasons in games played and he even had a career-high in rushing last season for the Giants. His ability to stay on the field would work well for Washington while they would be guessing when it came to Charles.

Darkwa may not be the biggest name in this trio of running backs, but he younger than both Charles and Peterson and can be what all they need. Along with being the better fit for the Redskins, he also can fit better financially for the Redskins, as he will more than likely be cheaper. It will be interesting to see the decision that's made by the organization. Hopefully for Redskins fans, the team thinks about what they need instead of the names they could bring in. 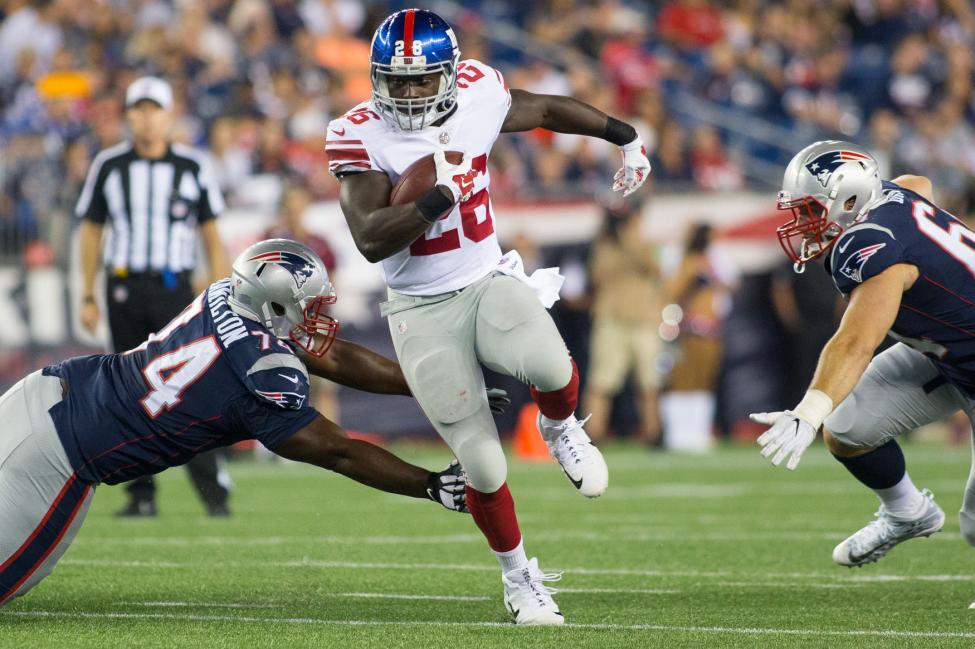