The Real MVPs Of The Dallas Cowboys

The Dallas Cowboys were thought to have some struggles this year as the season started. They were going to be without veteran quarterback Tony Romo to start the year. In his first preseason action, Romo was tackled awkwardly by Seahawks defensive lineman Cliff Avril. That tackle injured the back of Romo and with backup Kellen Moore out due to injury, that left the Cowboys with rookie quarterback Dak Prescott as the guy to lead the team to start the season. And with how well he played in the preseason, there was hope that he would be able to carry that over into the regular season. All the hope that many had in him during the preseason has come to fruition, as Prescott has been great as the starting quarterback. In fact, Prescott has been better than advertised, as he just threw his first pick all season this past game against the Packers. But he has been a piece of what has made them so successful offensively this season, as the Cowboys lead the NFC East. Many would say that either Prescott or rookie running back Ezekiel Elliot (leading rusher in the NFL currently with 703 yards) would be the offensive MVP of this team so far. And while the rookies have been impressive, they are certainly not the offensive MVP of this team.

The MVP is not one single man on the team for Dallas, but a group of men that get it all started for the Cowboys. The Dallas offensive line has been the focal point of the Dallas offense this season and not many are talking about the job that they are doing. When the Cowboys run the football, Elliot's job is made easier by them. All he has to do is be patient and let his offensive line do the work. What they do so well in run-blocking is they get to the next level very well. When the Cowboys do that, it gives whoever is running the football a full head of steam to run through a hole that is nice and wide. Essentially Elliot does not really get touched until he is three or so yards past the line of scrimmage. And at that point, it is Elliot versus a defensive back. With Elliot's speed and power, the safety or cornerback he is usually facing doesn't stand a chance one on one with him building up steam. And that combination of an explosive back that can read blocks and an athletic offensive line that can get to the next level has helped Dallas become the best run offense in the NFL.

But running the football is not all the Cowboys can do. While they have been the best at run-blocking, they had their issues in the passing game. At times last season, the talented offensive line would be had when they had to face some serious pass-rushers. And with the litany of quarterbacks they had last season, there was really no way they could get comfortable throwing the football. But this season, things have changed. Dak's mobility has helped them avoid some tough combinations that defenses have thrown at  them. But not all the credit for good pass blocking can go to Dak. The offensive line of the Cowboys has made great communication via their center, Travis Frederick. He is the one that calls out all the blocking schemes and lets everyone know what is coming. And once he does that, then he is able to communicate that to the rest of the players on the field and they are executing it this year. Their protection is allowing for Dak to go through all his progressions and feel comfortable in the pocket knowing he has time to do so. And as a result of the communication and protection, the Cowboys passing game has been very effective even without Dez Bryant the last few games. 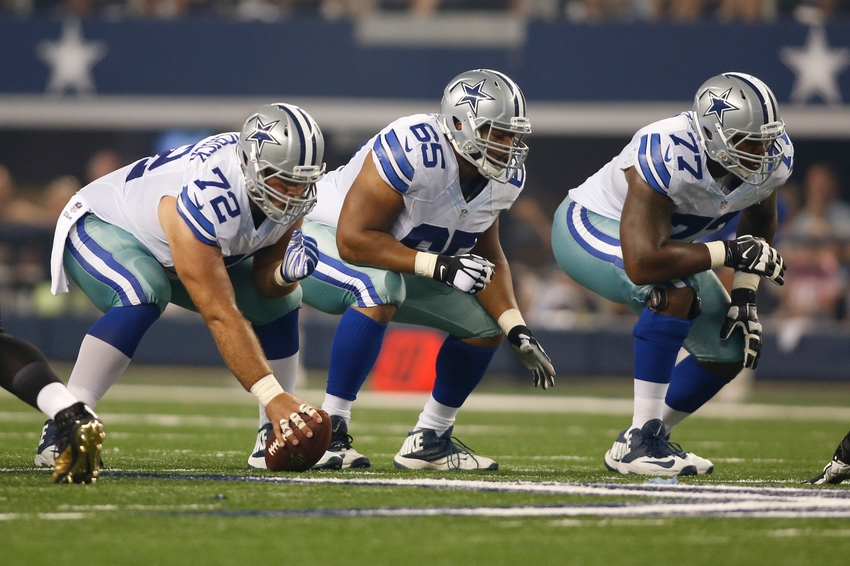