The Los Angeles Rams have been busy this offseason. They acquired cornerbacks Marcus Peters and Aqib Talib via trades this offseason. They signed cornerback Sam Shields and won out in the Ndamukong Suh sweepstakes. And now, they have added their speed guy at wide receiver. The Rams sent the 23rd overall pick in this year's draft along with their sixth-round pick this year to New England for wide receiver Brandin Cooks and a fourth-round pick. And just like that, the Rams made their offense better.

Cooks may not be as big as Sammy Watkins is in stature, but he is definitely more effective than Watkins. The fifth-year wide receiver has had three straight 1,000 yard seasons and has averaged over fourteen yards per catch for his career. He has speed to burn and can stretch the defense for the Rams just as good as Watkins could but with better hands. What makes him an even better fit for Los Angeles than Watkins is his quickness and elusiveness in the open field. Watkins is fast, but he cannot come in and out of cuts like Cooks can. That type of body control comes in handy when you have an offense that likes to run short, quick pass routes in their uptempo offense along with the deep patterns.

Cooks addition offensively is something the Rams needed, but they still have not addressed an issue they have with their defense. The Rams have cover corners and the best defensive lineman combo in the NFL in Suh and Aaron Donald. One thing they don't have is a collection of linebackers people trust. Besides Mark Barron, the Rams have a group of linebackers no one knows and is sure the team can depend on. For a team that has Super Bowl aspirations, they need something more at the linebacker spot. They traded away their leader at linebacker, Alec Ogletree, to the Giants this offseason. The only other solution at this point is to go get a veteran or draft a linebacker or two. Either of the two options could work, but it also could be a risky proposition.

The Rams look to be a great team next year, but there are definitely some holes they have to fill. Cooks makes their offense explosive and more diverse but they have yet to solve their linebacker conundrum. We shall see what happens, but it looks like the draft where be the answers lie when it comes to the Rams. 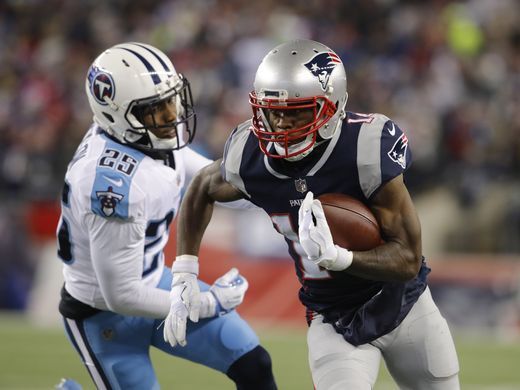