Fletcher Cox has been making it happen for the Philadelphia Eagles ever since he was drafted there. The soon-to-be fifth-year defensive lineman out of Mississippi State is coming off his best year sacking the quarterback, amassing 9.5 sacks. For a guy his size (6’4”, 300 pounds), he can move with great quickness. But along with the quickness, he also has brute strength. The Eagles see him as a main cog in their defense and quite honestly their best defensive player. But Cox has been a bargain for the Eagles over his time there, still playing on a rookie contract. He is not a free agent yet, but he will be. And Philadelphia is well aware that his contract is coming up. The Eagles and Cox have been trying to get a deal done for a while now. Unfortunately for both sides, a deal has not been reached as of yet. And as of Tuesday, it was said by sports radio personality Howard Erskin that Cox had balked at the Eagles latest proposal, which reportedly included $60 million in guaranteed money. Of course Cox’s agent has denied it and also said a few choice words about Erskin’s report, but the news is out there that something has been denied. This is certainly not the end of the road for Cox and the contract negotiations, but there is definitely some chance-taking going on right now.

Cox is a premier defensive lineman in the NFL. And someone will be paying him if not the Eagles. But let’s take a look at what he may want to get from them. The thought of him turning down $60 million guaranteed seems absolutely crazy. But in theory, he is betting on himself with this gamble. The contract that stands at the top of the defensive lineman market is that of one Ndamukong Suh. The former Detroit Lions star defensive tackle signed with the Miami Dolphins last offseason for six years and $114 million ($60 million guaranteed). Of course Suh did not live up to that deal at all in his first year, but the fact remains that he got paid big money. Cox and his agent definitely saw what happened with Suh and the Dolphins and they know they can get that type of money for him if not more. Suh had four more sacks than Cox did at this point in their careers, but the stud defensive lineman has three more forced fumbles than Suh in two less years playing. The numbers are similar and in this day and age of inflated numbers, Cox could command and get more than Suh did. That is a bet that Cox is making on himself at this point. And with the money that has entered the game through the new television deal, there is money to be had.

But of course, this bet that Cox makes could backfire on him just as well. The play for a big deal could definitely work for him. But what could also happen is an injury. Unfortunately, injuries are a part of the game. Cox has only missed one game in his four years, but the injury bug can jump up at anytime. The odds are he will not get injured based on his history. But if he does, then he better hope it is not a serious one. And also he had better hope that it does not cut into the production that he has had over his career. Playing out the string instead of accepting big money could bring down his price if he has a lull in production. But injuries or level of play are not the only things that can create some worry for Cox. The threat of a franchise tag is very real as long as Cox is still battling for his extension in Philly. If this situation lingers on into next offseason, he will definitely have the franchise tag placed on him. And as a result of that, he would have a contract that is only one year and would be the average of the top five players at his position. Depending on what position he is listed (a 4-3 defensive tackle or a 3-4 defensive end) would determine what pay scale he gets to have if he has the franchise tag applied to him. Eventually Cox will have to be paid, but because the NFL and the NFL Players’ Association did not agree on how many years you could do a franchise tag back to back, Cox could see this tag and his value could drop, not allowing him to collect on the monies he was going for.

The situation could get either good or bad for Cox in terms of his contract. The good thing is that he could get a very lucrative deal that makes him the highest paid defensive lineman in the NFL. But the downside is he could get the franchise tag or get injured. Such is the game the players play when contracts are not guaranteed in the NFL. The dice have been rolled by Cox. Will he rolled a seven or eleven or get snake eyes? 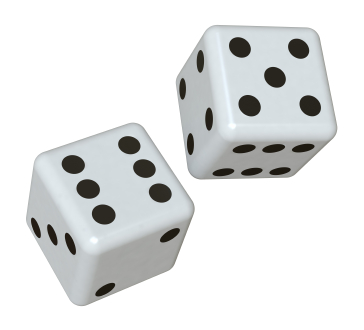