The beginning of Robert Griffin III's career in Washington could not have started any better. The team was searching for hope and he was deemed the savior. And in his rookie year, he delivered. He was dangerous through the air and on the ground as the Redskins made the playoffs. But all that excitement ended when the Redskins saw RGIII crumble to the ground when he was sacked in the playoffs. At that point, Griffin was injured and would never be the same again for Washington. He would suffer his second serious knee injury (first serious one since college). And from there, Griffin was never the same. The specialness he came with his rookie season wore off. He was predictable, taking off running the football before going through his reads. And when he passed, he would stare down the receiver he was going to, turning that into an interception or an imcompletion. With Kirk Cousins having the year he did last season, the Redskins knew what time it was with RGIII. And just like that, his flame flickered out in DC and the first chapter of his career was over. While some wondered if he would play anywhere else, many wondered where he would land. And that was answered quickly when he landed in Cleveland as the starter. But unfortunately, that new beginning for him was ended quickly.

RGIII made it through training camp and was starting his first game in some time. He was facing a familiar foe in the Philadelphia Eagles and wanted to show people that he was back. But once again, that injury bug bit him. RGIII was scrambling and ran out of bounds, crashing into a Philadelphia Eagles defender. And when he crashed into him, RGIII broke a bone in his shoulder. As a result, he has been put on the injured reserve list and could be gone for the season. And again, his year gets stalled before it gets started. It wasn't like the Browns were going anywhere, but this was a huge blow for RGIII. After taking a look at the play, RGIII did not have to take on the hit he did. But it still seems he has not learned to slide. Too many times he has taken on hits when he did not have to and it has caused him injuries. And that time away from the field makes him a liability to anyone that believes in him. They say you cannot make the club in the tub. Well, you cannot make it on the injured list either. And after a while of inconsistency in being injured, eventually people begin to not believe in you as much. The Browns have not indicated whether or not they are ready to move forward (and they don't have to at this point). But it has to be troubling that he still cannot escape the injury bug.

For the Browns, there has to be some thoughts as to where they will take the rest of this season. Josh Gordon comes back in a couple weeks and the team will hopefully get better as time goes on. But what will actually be the motivation for Cleveland to win as an organization. Sure, the players may want to win, but losing games may be something that helps the organization in the long run. The more they lose, the better their chances are to get the number one pick in next year's NFL Draft. And if that happens, that presents a multitude of options. They could hang on to that pick and go after a franchise quarterback (many presume that option would be current Clemson quarterback Deshaun Watson) to lead them in the Hue Jackson era. Or they could take that pick and turn it into more picks by trading back in the draft with someone that values that first overall pick more than they do. With either option in terms of them losing for draft position, the Browns could help benefit their organization more. Sure, fans might not like it. But it would be something that could help them towards getting better in the future.

RGIII's resurgence never happened in Cleveland and now he is on the shelf. And along with that, the Browns have some decisions to make in regards to the direction of their season and what they want to do with RGIII as his health situation unfolds. But as it goes for the Browns, these decisions have different layers to them. Not only does it affect the organization, but it affects the fans of the team and the thought process of other organizations that could be vying for that number one spot. 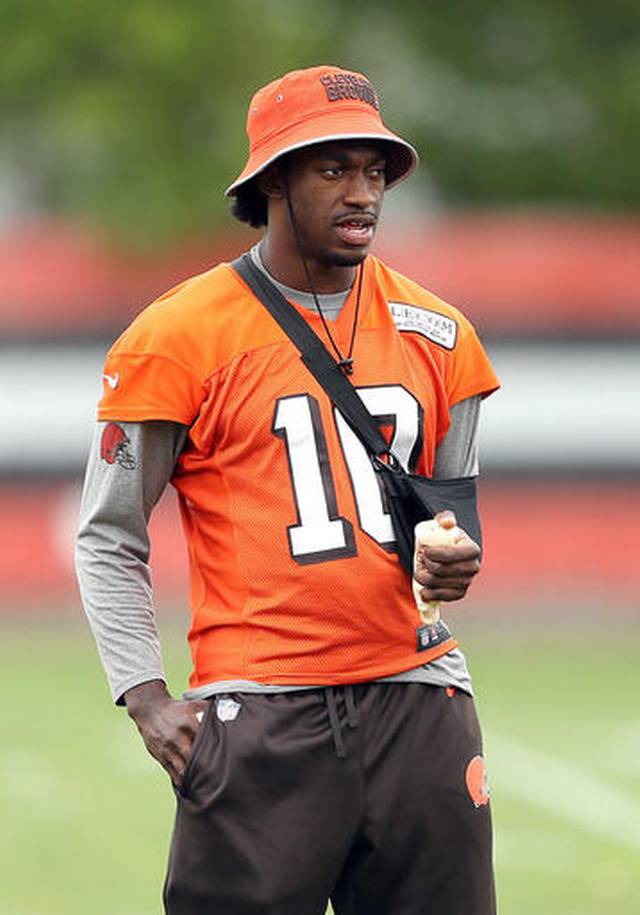