The Browns make some surprising trades

The Cleveland Browns have long been a laughing stock in the NFL. Every single season, there are jokes in the NFL and the Browns tend to be involved in them. Last year was no exception as the Browns did not win one single, solitary game. Yes, they sunk to a new low. Surprisingly, they decided to keep head coach Hue Jackson and get rid of some people in their front office. In stepped John Dorsey as the general manager and many wondered what he was going to do. Would he take all these draft picks the Browns had and retool the team or would he make moves via trades or free agency. Well, we got a hint at what he may be trying to do with the things he did on Friday afternoon.

The Cleveland Browns acquired wide receiver Jarvis Landry from the Miami Dolphins for a 2018 fourth-round pick and a 2019 seventh-round pick. The Landry acquisition was one that caught a lot of people's eyes, but it wasn't the only trade made. The Browns would trade their sometimes starter DeShone Kizer to the Packers for cornerback Damarious Randall (along with swapping picks in the fourth and fifth rounds in the 2018 NFL Draft) along with acquiring veteran quarterback Tyrod Taylor from the Buffalo Bills in exchange for a 2018 third-round pick. Those three trades definitely were not expected from the Cleveland Browns, but they surely upgraded their team mightily.

Josh Gordon came back late in the season and Coleman was dealing with injuries last season as well. With that happening, the Browns had no one step up and play well at the receiver spot all season long. With Landry, they at least get a guy with a history of being present and accounted for each Sunday. Along with his availability, Landry provides that sure-handed receiver that can make the short to intermediate catches and can by dynamic in the passing game. Adding him to Josh Gordon (who can be a beast when on the field) and Corey Coleman in the slot gives the Browns the most dynamic receiving corps they have had in a long time. Look for all of these guys to be able to make plays at different levels. And because of the ability of all three wide receivers, the Browns will be able to spread the field even more than they were able to in the past. Look for Hue Jackson to dip into his full arsenal with a full compliment of wide receivers along with a young, dynamic tight end in David Njoku.

Talented receivers are good to have, but they don't mean much without a quarterback to throw them the football. The Browns musical chairs at quarterback was laughable. Of course, maybe Hue could have picked one and rode through the good and bad times that particular quarterback had, but that is a different story. Needless to say, the Browns needed a captain to run their offense. Enter Tyrod Taylor. The Bills did not want him and everyone knew it, so the Browns took him off their hands. Taylor protects the football and he can be dynamic as well. Under the guidance of Jackson, he could finally get unleashed and allowed to do all the things he can do. It seemed like Buffalo wanted him to play like a game manager instead of a playmaker. With Cleveland, Taylor will have more freedom along with having more weapons than he ever had in Buffalo at the same time.

Damarious Randall was a guy the Packers were going to have ot make a decision on this offseason. Green Bay could not decide whether they wanted to pick up his option or not. With him getting traded to Cleveland, the Browns now have that decision to make but it could be one that they happily make. Randall will come in and be a versatile cornerback they need with size and smarts. He fell out of favor in Green Bay, but he is a piece that is needed in Cleveland. For a defense that had issues at all levels, Randall will give them a corner that can be a playmaker and make teams think about throwing his way. And in the process of getting Randall, the Browns got rid of a quarterback they did not want to keep or had no future for in DeShone Kizer.

The Browns definitely look better than they did last season and we still have free agency and the draft up next. The bad part for Cleveland is they don't have a great track record when it comes to the draft. The good thing is they have two picks within the first five picks of the draft. Many assume they will take Penn State running back Saquon Barkley with one of those picks, but we shall see what happens. Either way, the Browns look better and Dorsey has the tools to make them better with tons of cap space and picks galore. It should be interesting to see what he does. 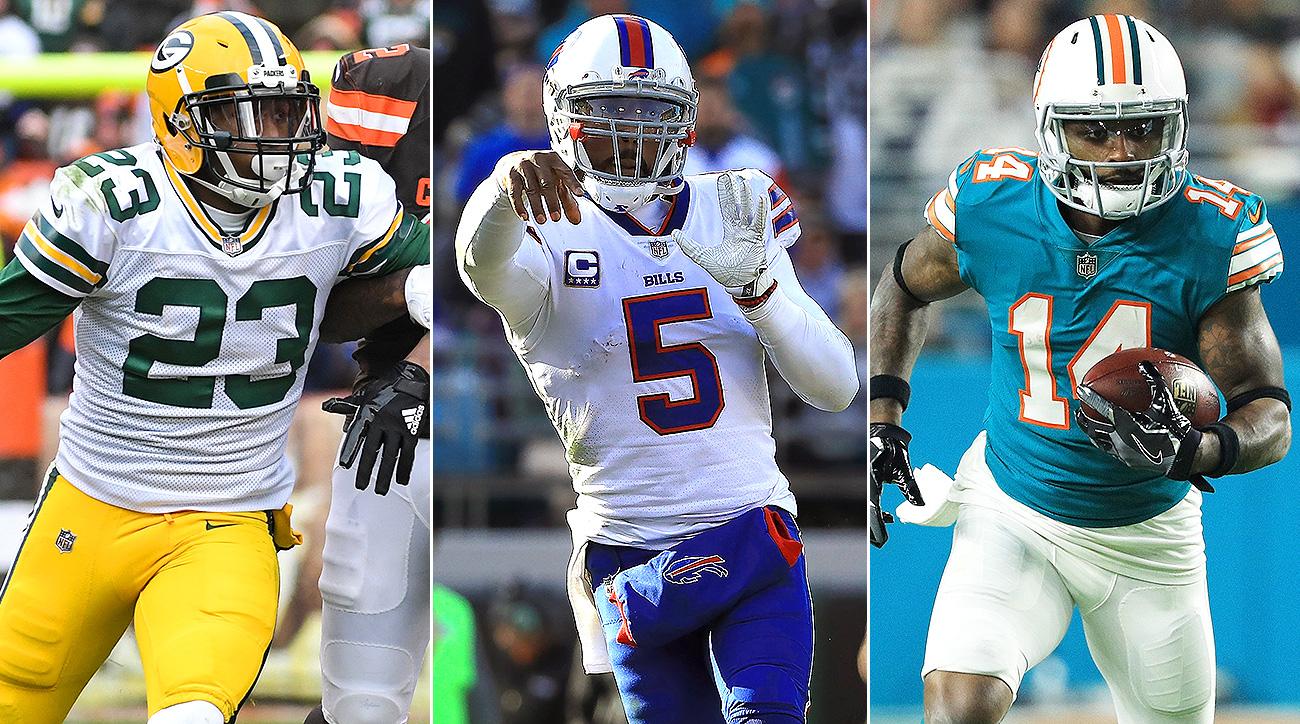