The Cincinnati Bengals used to have trouble making the playoffs over 15 years ago. All that changed when Marvin Lewis was named head coach. The Bengals have made the playoffs seven times under Lewis' watch and have had the most successful stretch of play they have ever had. Now instead of everyone remembering the Bengals as the team with little to no success, everyone now knows them as the team that makes the playoffs but cannot win in the playoffs. While that is a step up from not making the playoffs, it still seems to not be enough. Even with that, you have to give credit where credit is due. Lewis made the Bengals better and he did it his way. While rebuilding the Bengals, Lewis has definitely taken some chances with players. One of those players is Adam "Pacman" Jones, who was a castoff from the Tennessee Titans and many felt he may not make it any further in the NFL. Well, as a surprise to some, he is still around and still making plays in the NFL. Jones has had his moments still, but Lewis believes in him and that is all that matters. Another player that Lewis believed in that is still around is Vontaze Burfict.

The talented young linebacker left school early and headed to the 2012 NFL Draft, thinking he was going to be drafted. That dream of being drafted all came crashing down as character concerns pushed him out of the draft and into free agency, where he was picked up by the Bengals and Marvin Lewis. Burfict was an instant impact player as soon as he hit the NFL. He was everywhere on the field and seemed to be letting everyone else know that they made a mistake in not picking him up. Him being on the field seemed to take the Bengals to another level, but he also seemed to be messing up while he was out there too. For as many good plays that he has made, there have been some that make you angry like the cheap shots that he has dished out over his career and the inexplicable moments where he does not think his action through. One notable moment that everyone remembers is the time he caught Antonio Brown with a blow that was deemed excessive and ultimately helped cost the Bengals the game. After plenty of these things happening involving Burfict, you would think the Bengals would eventually move on.

Well, the Bengals thought enough of Burfict to keep him around, rewarding him with a three-year, $36.8 million extension to keep him in Cincinnati. While that may seem good to him and his pockets, do the Bengals think they can get him to turn a corner is the question. The biggest thing he has to learn to do more is play through the whistle and play the game safely and correctly. Too many times he plays reckless and while it may be good at times to play with an edge, you have to know when to turn that on and turn that off. With this extension, the Bengals are taking a bet that he will get better and become the leader they can depend on each Sunday they go out to play. Honestly, that bet is not looking too good right now with Burfict being suspended for the first three games of the season due to a cheap shot in the preseason. The thing that Burfict has to realize eventually is that his impact on the team is huge whether he is there or not and that he would rather be there helping his team than putting them in a losing situation. For him personally, he also has to realize what is good and isn't good for the game and for himself. The Bengals think he can learn that lesson, I just hope he does because he could not only hurt himself but hurt someone playing the game.

If he does not learn from his past and let that affect his future, then we could be seeing some of the same things from Burfict and he could end up playing himself out of the league. The way things are right now, he has a target on his back of his own doing and that will never go away, so you would think he would get the point and stop with the borderline plays. I get that he cannot turn it on and turn it off, but for the sake of his team, he needs to reign that stuff in. For Marvin Lewis, you need to recognize that Burfict has an issue and that it has not gotten better. Finally, for the Bengals organization, please understand that throwing money at situation will not make it any better at all. Everyone knows that but apparently the Bengals want to test that. The only way Burfict gets it is if he wants to get it. The thing that may have really actually caught his attention is him being cut. Having that happen to you is not good but it ultimately could have ended up being the wakeup call he needed. 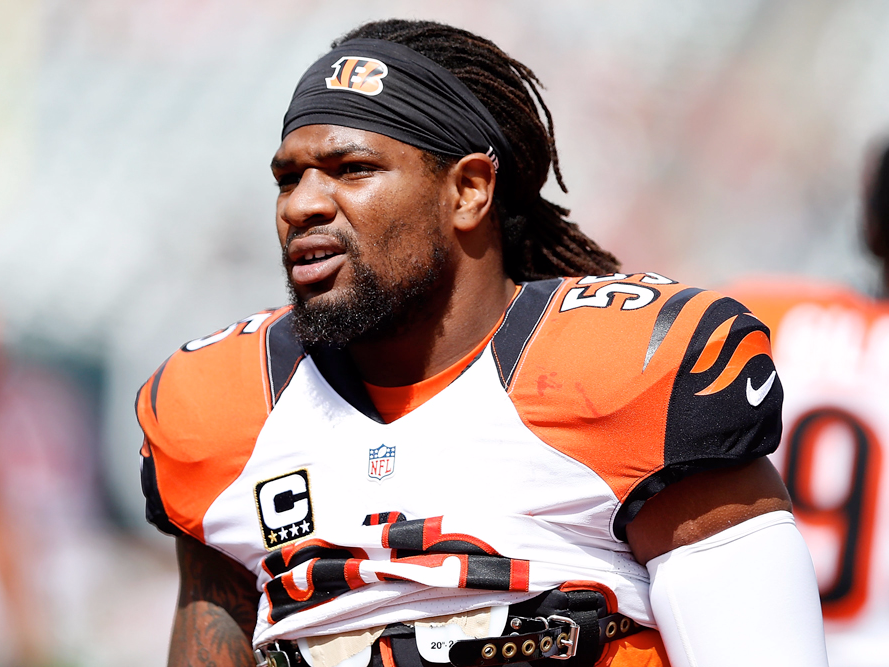