The Denver Broncos defense was incredible last season. Upfront, they had Von Miller to wreck shop. And he caused problems for a lot of offenses. At the second level, they had guys like Brandon Marshall and Danny Trevathan were great for the Broncos. But in the secondary, that is where they were truly special. A lot of teams have one great corner and then they fill in the rest. The Broncos were lucky they had two great corners. Veteran Aqib Talib was very physical and solid at one cornerback position. And he made plenty of plays. But the guy that seemed to be the best corner on the field was a guy that was undrafted out of the University of Kansas. Chris Harris Jr. was not even expected to be in the NFL back in 2011. And as expected, no one drafted him. But the Broncos saw something in him and brought him in as an undrafted free agent. They took a chance on what they saw in his film and invited him to camp. And Harris Jr. has been repaying them ever since. He made the team and is now a star cornerback in the NFL.

Denver thought a lot of Harris Jr. after his three years with them that they gave him a 5 year, $42.5 million contract. And after what he has displayed over his career, he has earned it. Harris Jr. has a passion for the game and you can see it everytime he plays. The veteran flies around the field, making plays all over the place as evident by his fumble recoveries, fumbles caused, interceptions and sacks during his young career. But not only does he has a passion flying around the field, but he uses his speed to its fullest. Check out this play right here:

One thing you never notice with Harris Jr. is him slowing down. His impeccable sense of timing is due to his knowledge of the field. Notice that he is always making adjustments as to the down, distance and who is going up against on the field. That kind of positioning can be the difference between a touchdown or big play for the offense and a pass breakup or interception for the defense. It is a game of inches and Harris Jr. tries to take advantage of every single square inch.

Harris Jr. is an exceptional player and he truly beat the odds by becoming who he has at this point in his career. But even with all he does, he can still be beaten. Harris Jr. was matched up against Antonio Brown last season along with his fellow Broncos defensive back Aqib Talib matching up with Martavis Bryant. And watch what happened:

Notice the times that Antonio Brown got open. And one thing that you may not have noticed is that Brown used his size against Harris Jr. As small as Harris Jr. is, he can be a physical cornerback. But in order to get back at him, you have to be physical as a wide receiver. Notice that Brown got his hands off him pretty easily. And also take a look at how he bodies Harris Jr. a few times. Being physical with Harris is something that can disrupt what he does.  Another thing that wide receivers can do against Harris is not be reactive to him. Plenty are reactive to how he is and that is why he was able to not have a touchdown scored on him for over two years. But when you are aggressive and not reactive, it can put him on his heels and slow him down. Harris has very solid technique, but he can be overpowered on the field.

Harris is one of the best cornerbacks in the NFL. Heck, he is the best corner on the Denver team, including Talib. And when you throw the ball in his area, he can make some plays and turn the game Denver's way. But what can also happen with Harris jr. is he could be knocked off his spot. And when that happens, that could lead to Harris giving up big plays and ultimately helping his team lose. Harris Jr. is definitely one of the best cornerbacks in the game. But he is not invincible. 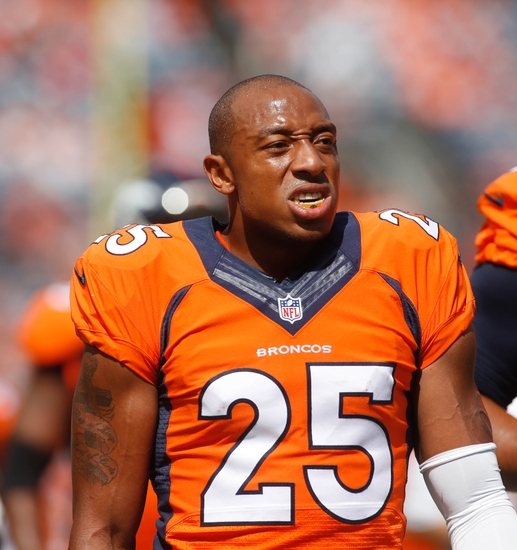