The Washington Redskins thought they had their quarterback for a while in Alex Smith. Washington traded for Smith with the Kansas City Chiefs last offseason and gave him a nice new four-year, $94 million extension with $27 million in guaranteed money. However, after his gruesome leg injury towards the end of the season, there is no guarantee Alex Smith returns to the field. There have been reports of him having infections in the leg while trying to get back healthy and there are some that think he will never make it back. With the reality of Smith more than likely not playing next season, the Redskins had to do something. Colt McCoy started some games and got hurt and Josh Johnson stepped in as well when they picked him up, but the Redskins needed more than that duo returning. So with these known options, the Redskins made a move, trading a 2020 6th round pick to the Denver Broncos for a 2020 7th round pick and the Broncos starting quarterback from last year, Case Keenum. 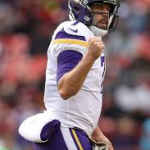 get Keenum and the Broncos are going to pay half of his $7 million salary for next season. The bad thing is, the Redskins just acquired Keenum for what appears to be the starting quarterback role in DC. Keenum had a career season with the Minnesota Vikings in 2017. He completed a career-high 67.9% of his passes while throwing 22 touchdowns and only having seven interceptions. At that point, John Elway was fooled into believing he was ready for a starting role. What ensued was Keenum coming back to reality, throwing 18 touchdowns and a career-high 15 interceptions. That was not what Denver expected and John Elway and company again chose the wrong guy to lead their team. With him in Washington, they have again picked the wrong quarterback to lead their team. 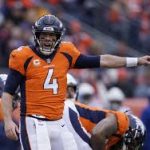 Case Keenum has been a journeyman for most of his career. He has been solid as a backup, but he has not exactly proven himself to be a starter in the NFL besides his time in Minnesota. Now with the Redskins bringing him to DC, they still have not solved their quarterback position. Keenum is at his best when he is a backup quarterback and not a starter. And remember, even in Denver he had a running game and talented receivers. In DC, he could have a solid running game, but the receiving corps isn't one that you fear. So with that being said, what is DC expecting Keenum to do with a situation that isn't exactly the best one for him to succeed?

Soon the answers will come on if Keenum is the guy or not, but there has to be some other shoes falling in this scenario. At best, Keenum is a bridge quarterback to the next guy for the Redskins at quarterback. And with the rumors about the Cardinals selecting Kyler Murray and wanting to ship out Josh Rosen, you have to think the Redskins could be in the running for Rosen's services. We shall see what happens and if this is the solution, the Redskins haven't solved anything.