What A Difference A Year Makes In Carolina

The Carolina Panthers had an outstanding 2015 season. The offense was explosive and physical last season and was one of the top offenses in the NFL. And for the defense, the Panthers were as physical as they always were and brought tons of pressure. They took that formula along with some great individual efforts and rode that to the playoffs. But that was not enough for them. The Panthers had some demons to conquer under the leadership of quarterback Cam Newton. They had never won a playoff game with Cam as the quarterback. Well, they not only accomplished that feat, but they made it to the Super Bowl. And although they lost the Super Bowl, they were still a team that many expected to come back strong this year. But what we can definitely say is nothing ever stays the same. The Panthers have started the season 1-3 after their loss to the Atlanta Falcons in the Georgia Dome today. And how it stands now, they have an uphill climb to make the playoffs. So what went wrong so quickly for the Panthers?

Offensively, the Panthers ran the football with aggression last season. They physically went at teams every single game. But what element they added last year was the explosiveness in the passing game. The Panthers used weapons like Ted Ginn Jr to expand their offense last year and give defenses more to think about. This season, they are still make some explosive plays in the passing game, but their offensive line is not the same as it once was. Last season, we did not see Cam Newton running around as much while avoiding the pressure coming after him. This season, it seems as if Cam is constantly getting away from the pressure while using his legs. While Cam can and will make some plays with his legs, the shots that he has taken this year have been way worse than the ones he took last season. And if this keeps up, then Cam will not make it through the season and we could see more of Panthers backup quarterback Derek Anderson than we all would want to see.

Another issue offensively are the turnovers. Last season, they did not turn the ball over as much and they capitalized on any mistakes that you made. Well, this season it seems like they just cannot get out of their own way. Instead of holding on to the ball, they have been very gracious, giving the football to every team they play. Besides the first game of the season, the Panthers have had two or more turnovers in every single game. And besides the win against the 49ers in Week 2, the Panthers have lost all three of those games with big turnovers. This season, they value the football less than they did last season and that has led to the Panthers having a tougher time then they had last year. And if they don't clean those turnovers up, they will continue on this rough stretch of play they have had all season long.

But the problems with this team are not all on the offensive side of the ball. The defense definitely bears some of the brunt. The Panthers were very had to play against defensively because of their secondary and the pressure they applied last year. Well, the pressure is still around, but the secondary seems to have been rattled with the loss of Josh Norman. On Sunday, they gave up over 500 yards passing to Atlanta's Matt Ryan and they also allowed wide receiver Julio Jones to get 300 yards receiving in one game. Now if that does not tell you that things are bad with that secondary in Carolina, then I don't know what will. But there is a root to all these issues and he is sitting in Washington DC playing for the Redskins. No matter what you feel about him, the Panthers miss Josh Norman bad at this juncture. The other cornerbacks that they were depending on cannot play as sticky a coverage and teams do not fear them like they did Norman. With Norman, the Panthers could count on teams avoiding him. Now the field is wide open and the Panthers were not counting on having that many issues. Not sure how they can fix this one unless they start mixing things up more. But whatever they are trying to fix, they better do so soon because the rest of the NFC is salivating when thinking of facing them.

The Panthers are at a place where no one thought they would be. But at 1-3, they still as not out of it just yet. Adjustments are needed for them as soon as possible. If they are able to make the adjustments needed to make them consistently successful, then the Panthers can get back on track. If not, then the Super Bowl hangover could have been extended for Carolina and their season could end up going down the drain. Only time will tell what happens. 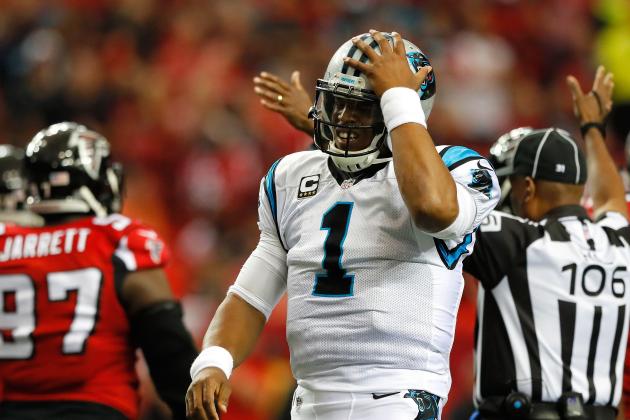