Be careful of things you want Kelvin Benjamin

The Carolina Panthers thought they had their new dynamic duo in the passing game with Kelvin Benjamin and Cam Newton. When the Panthers drafted him in the 1st round of the 2014 NFL Draft, they envisioned the passing game opening up even more with Cam at the helm. Unfortunately the pairing of Benjamin and Cam did not last as long as the team expected it to, as Benjamin was surprisingly traded to the Bills during the 2017 season. You would think he would have missed Newton and their seemingly good chemistry, but apparently they did not have bond people thought they did. Recently, Benjamin had some harsh comments for Newton and the Panthers. Here is exactly what he said:  “I mean, I felt like I would’ve been even more successful if … I don’t know, man … If I would’ve … Looking back on it, I should’ve just been drafted by somebody else. I should’ve never went to Carolina. Truly, I just think Carolina was bad for me. It was a bad fit from the get-go. If you would’ve put me with any other quarterback, let’s be real, you know what I’m saying? Any other accurate quarterback like Rodgers or Eli Manning or Big Ben — anybody! — quarterbacks with knowledge, that know how to place a ball and give you a better chance to catch the ball. It just felt like I wasn’t in that position.”

The comments by Benjamin seem strange considering many thought they had a great relationship before the trade, but apparently they did not have the greatest working relationship based on these comments. Benjamin may feel a certain type of way, but saying these comments were not exactly the best thing for him and he may want to realize that he will miss what he does not have anymore. While it may be true that Cam isn't the most accurate quarterback, what is true is he extends plays to give receivers chances to make plays happen. With a guy like Benjamin that has trouble getting separation, the extension of plays by Newton gave him a chance to get away from defenders and make big plays. Those big plays led to him reeling in 16 touchdowns in his first two seasons while he grew into the first option for Carolina at wide receiver. Now in Buffalo he does not have a quarterback that can extend plays for him. While a more accurate quarterback could present someone that can get the ball in tight windows, a more accurate but less elusive quarterback would also mean less time for a quarterback to get the ball out. That loss of time also means Benjamin has less time to get into his routes, which means it could be even harder for him to get open.

Benjamin is undoubtedly a talented receiver, but he also has to look at the situation he is in right now. He has a quarterback in AJ McCarron who has starting experience but has never been a full-time starter in the NFL. Nathan Pederman who had a 49% completion percentage along with one of the ugliest games in the NFL last season with five interceptions in the first half. And then there's rookie quarterback Josh Allen, who has arm talent but he is far from the real thing to many so far. Neither of these quarterbacks are better than Cam Newton right now (and more than likely never will be). Cam may have a lower completion percentage than McCarron, he can make more plays. For as much as Benjamin claimed him not getting the first-option type of opportunities, he will surely get that chance in Buffalo. The bad thing for Benjamin is he will not know what to expect from the quarterbacks he has because they have no experience in the NFL. Add that he does not have a reliable weapon option to take the pressure off him like he did in Carolina with Olsen and Benjamin could be in for a long year in Buffalo.

Benjamin may not have had the best relationship with Cam on the field, but he surely has a worse situation now than he had there in Carolina. Eventually he could be wishing he was back there in Carolina instead of Buffalo, but he has to realize the mistake he made wanting out of there and sometimes it takes absence to make the heart grow fonder. Hopefully his next quarterbacks don't miss a few passes or he could be coming after them too. He could be telling them they need to be more like Tom Brady or  Eli Manning and if either of these quarterbacks have rabbit ears, that could be trouble. 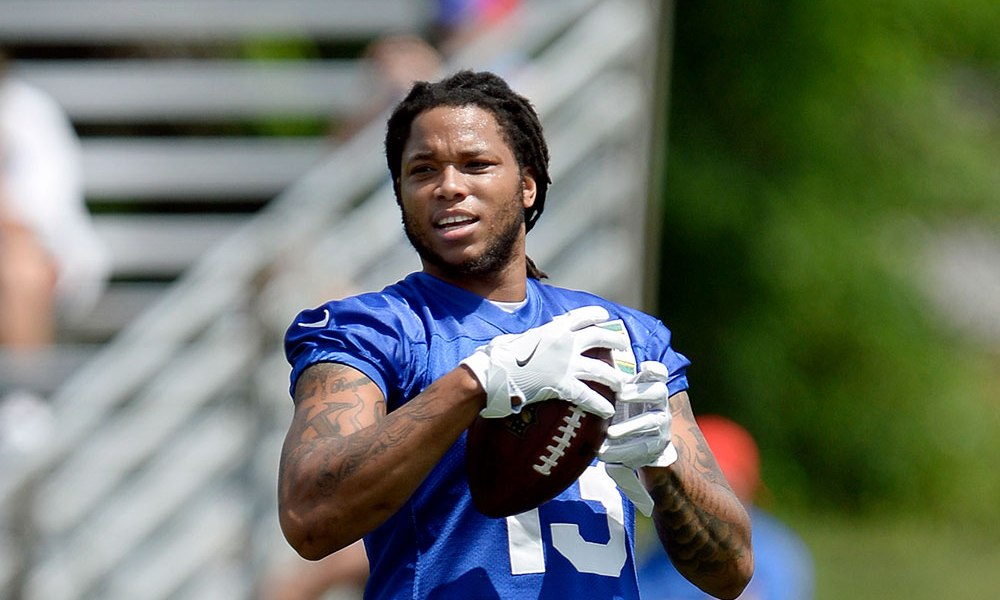