Buddy Ryan Was One Of A Kind

The NFL has had many nasty, physical defenses come and go. Who remembers the Steel Curtain of the Pittsburgh Steelers or the Orange Crush out in Denver? These defenses were known for their physical styles and suffocating play. But of course, someone had to coordinate those defenses on those teams. Buddy Ryan may not have been at the helm of those defenses, but he surely helped make defenses fearsome. And because of that, he had a pretty good run in the NFL. But of course, he eventually had to quit coaching and watched his sons get into the act.  Well, on the same day we lost Pat Summitt, we lost Buddy as well. He passed away at the age of 85. And just like that, another person has left us in what has been a hard year of deaths in sports, music and film. But Buddy's imprint on the NFL will be here long past his death.

The most obvious connection that will still be here after Buddy's death is the 46 defense. Buddy originally began crafting the defense when he was a defensive assistant in the 1969s for the New York Jets. At that point, he was just studying how pressure affected quarterback Joe Namath. He began to craft the defense in the 70's when he was with the Minnesota Vikings and he finally brought out the defense when he came to the Chicago Bears in 1981. It featured linebackers crowding the line of scrimmage and a strong safety that essentially was another linebacker. The only person that was deep to cover the pass was the free safety. Buddy created this defense with the thinking that he could disrupt the passing game by putting pressure on quarterbacks from many different angles. And that is exactly what he did. The Bears 1985 defense stuffed the run, but they also were getting to the quarterback and putting tremendous pressure on them. His defenses were feared for years and gave even Bill Walsh's West Coast offenses fits. Ryan was an innovator and some semblances of that defense are still around, especially with one of his former players, current Rams head coach Jeff Fisher. And before Fisher even got to the Rams, he was using elements of the 46 defense with the Tennessee Titans. And their defenses were usually pretty physical and tough in that scheme. His sons may not use that style of defense as their forte, but they do believe in putting pressure from all angles like their father.

But Buddy's imprint was more than felt on the field and it still is. But just as strong as his imprint was on the field, it was stronger off of it. He was a coach that wore his emotions on his sleeves for a lot of the time. And that got him in trouble with a couple dustups he had involving a few coaches during his career. The most notable one, of course, was when he was a defensive coordinator for the Houston Oilers (now Tennessee Titans). He took a swing at offensive coordinator Kevin Gilbride in that game because he did not like his offense. But more than his passion for the game and wearing his emotions on his sleeves, the players he coached truly loved him and what he did. He was hard on his players and pushed them very much. But most of them loved it very much. Some even said they would do whatever they could for Buddy. The ultimate form of respect that Buddy was shown was when he became head coach of the Arizona Cardinals. Three of his former Eagles players (Seth Joyner, Terry Hoage and Clyde Simmons) loved playing for Buddy so much that they took less money to follow Buddy to Arizona and play for him. This is only one of the stories that people talk about in regards to him and the players that played for him. He was tough on them, but he was also beloved by them for how much he pushed them to be better.

Buddy Ryan is a guy that touched the game in a way that many never will understand. He was a very intelligent coach that taught his style in a very tough and demanding way. And more than that, he did things his way and his way alone. Because of that, he ruffled some feathers, but that did not take away from his defensive genius. Rest In Peace Buddy. You are gone but you will never be forgotten. 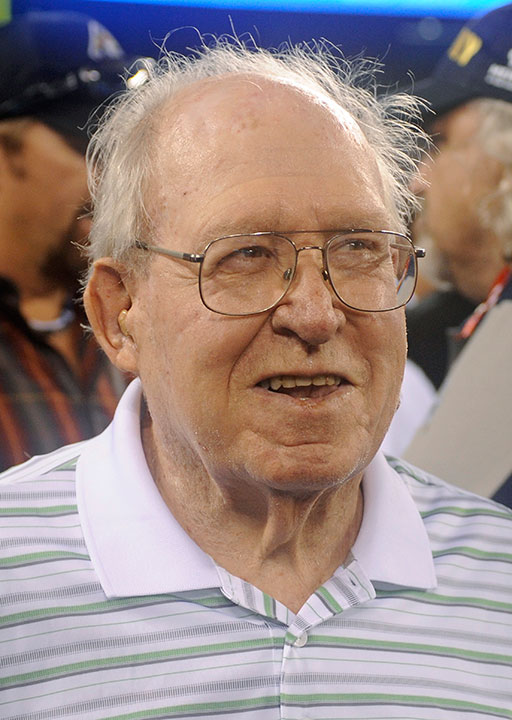