Tom Brady Is On A Mission

The Tom Brady-less Patriots were an intriguing proposition before the season. New England was going to be without the star quarterback for the first four games as he served his suspension for Deflategate. The thoughts on how the Patriots would do ranged from losing all four games to being undefeated to him coming back to a 2-2 team. Well, as it stood going into yesterday, the Patriots were 3-1 upon Brady's return and they were actually not as bad as many thought they may have been. And with injuries to backup quarterbacks Jimmy Garoppolo and Jacoby Brissett, the Patriots had to be thrilled to get back a quarterback that was completely healthy and rested. And unfortunately for the Browns, they had to be the first team to see Brady. There were some that wondered how he would come out and play against Cleveland. Well, for those that wondered, he surely showed up and showed out.

Brady lit up the Cleveland Browns to the tune of four touchdown passes and 406 yards passing while completing 70% of his passes. The Patriots rolled in Cleveland 33-13 and the crowd was chanting "Brady! Brady! Brady!" at anything the future Hall Of Fame quarterback did. Sadly for the Browns, they were the first source of frustration being taken out for Brady this year. This performance was special, but it will not be the last one like this. The reason why this will not be the last one is because of the mission that Tom is on. Even if he doesn't want to acknowledge it, he is on a mission to rip up the league on the field. Brady probably stewed over his suspension and views it as the league (Roger Goodell) coming after him. So the best way for him to get back at Goodell is to embarrass the owners' teams that employ Goodell. By doing this, it may give him some level of satisfaction that the NFL tried to silence him but he came out on top. And what could be the greatest part of this entire thing is if the Patriots make the Super Bowl and Brady gets the Super Bowl MVP award. He would have to accept that from none other than Roger Goodell. Now that would be an awkward moment if I have ever seen one. And of course, that would be must-see television for all that loathe Goodell and love the Patriots.

Thinking on how the numbers could work for Brady this year, he could still do better than most quarterbacks in the NFL in four fewer games. As it stands right now, Brady is on pace for 44 touchdown passes and a little under 4,500 yards. Of course, he probably won't reach either of those numbers, but he could come close. With weapons like Martellus Bennett and Rob Gronkowski at tight end, Julian Edelman and Chris Hogan at wide receiver, the Patriots are as dangerous as ever. And with the defense playing well and making things happen, there are going to be plenty of opportunities for the Patriots to ruin the day for any team they play. And if they are able to, then look to the Patriots sideline. There will be Bill Belichick with the blank expression on his face and Brady with probably a smile or a smirk on his face.

The Patriots are a marked team pretty much every season. But this season, they are the ones that are doing the marking. And they have every single game from here on out circled on the calendar thanks to their leader, Tom Brady. And like on Sunday, the teams that see them will now get to see Brady instead of the substitutes. Good luck next week to the Cincinnati Bengals. They are going to need it. And after seeing the beatdown they took from the Cowboys, they may want to take cover during the game. The wrath of Brady is coming and it isn't stopping anytime soon. Goodell started this one and Brady wants to finish it. 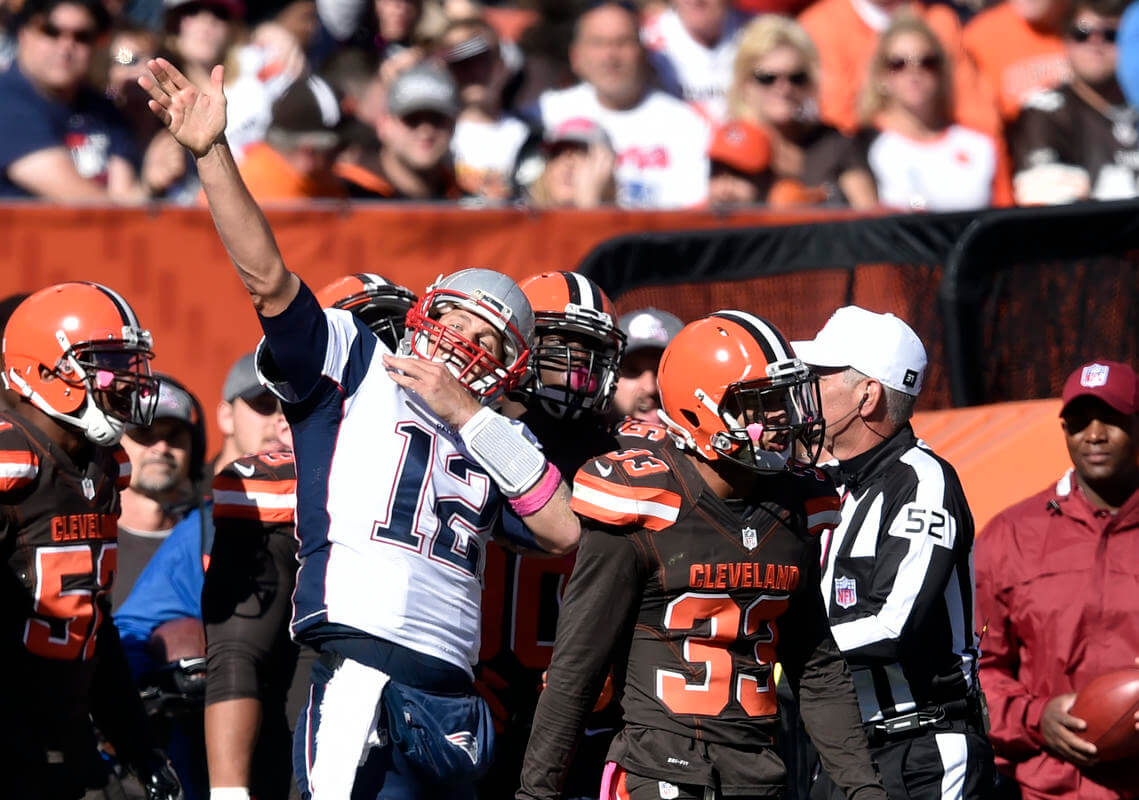