The New York Jets Are Setting Up Todd Bowles

When the New York Jets hired Todd Bowes, he was inheriting a team that had seen high highs and low lows under the leadership of Rex Ryan. So when Todd Bowles was brought in after the Jets experienced another one of those low lows, there was expected to be some improvement. Bowles was one of the hottest head coaching candidates back in 2015 after what he did with the Arizona Cardinals defense. And although many thought the Jets should have hired an offensive-minded head coach, you could not get mad at the guy for getting the opportunity. Plenty of expectations were placed upon Bowles and the team was not looking that bad. In the first year under his leadership, he had the Jets knocking on the door of the playoffs before Ryan Fitzpatrick's meltdown in the last game of the 2015 season. Things seemed to be going in the right direction after that year, but unfortunately, things have gone in a downward spiral ever since. Fitzpatrick was brought back for the 2016 season and was horrible, even throwing six interceptions in one game versus the Kansas City Chiefs. The defense was not the same either as the Jets fell to 5-11 in Bowles' second season. Teams definitely looked bad, but just when you did not think it could get worse, it did and as a result of what could be coming this season, Bowles could be looking for a new job next year.

Offensively, the Jets are not the prettiest of team. Let's just start at the quarterback position. The position is reportedly being fought over by veteran Josh McCown and young quarterback Christian Hackenberg. The veteran usually is the one that is the steadying force on a team, but McCown has only had two seasons where he had a quarterback rating of over 80 (second best rating was only 53.7) and he has also has never really been the guy wherever he has been. Not exactly someone that you trust as a starting quarterback. Then to back him up, you have an inexperienced Christian Hackenberg. While he is young and still has time, there have been some alarming issues mentioned about him through the media in regards to his performance on the field. If those reports are true, then it has to scare the Jets that Hackenberg is the backup quarterback in town. Unfortunately for Bowles, this is not a great quarterback battle because both will likely give Jets fans more heartache than joy. Couple this competition with the fact that there is no Eric Decker and Brandon Marshall at wide receiver and their best wide receiver, Quincy Enunwa, is out for the year with a neck injury and things went from scary to dire straights really quickly. The Jets must hope that all the young players they have step up and produce at the skill positions and that Matt Forte gets some blocking so he can do his thing running the ball and catching out of the backfield. If those things don't happen, then the Jets may get lucky to even get 20 points on the board.

The issues are there offensively for the Jets, but it isn't like they don't have any defensive issues to handle. The team does not have an edge rusher that strikes fear into anyone. While it is good to have guys like Leonard Williams, Sheldon Richardson and Muhammad Wilkerson in the interior of your defense, there has to be someone on the outside that can take advantage of how much attention the interior line is going to get. Right now, there is no one there that can make that happThe en. At linebacker, David Harris was a huge loss. He was a leader and a veteran in that locker room and could have potentially helped them through the lulls of this season. The one bright spot is the secondary, especially the young safety in Jamal Adams. Plenty thing he will be special and will eventually be a Pro Bowl player. But other than that, the Jets have Buster Skrine, who got some really bad pass interference and holding penalties last season, and Morris Claiborne, who improved last season but isn't a number one cornerback for any team. While guys like Leonard Williams and Adams will excite fans, the overall defense has a long way to go.

While there will be some that will stay on the case of Bowles this season for what job he is or isn't doing, he should not receive the entire blame here. In fact, the front office has to accept some blame in this mess that happened over time in Jetland. But in the end, Bowles and this season may both come to a crashing end before Christmas time. Honestly though, the Jets essentially set him up to be in a great position to boot Bowles out of these when the time comes. So going forward, there is not a question as to if Bowles will be fired after a poor start this season potentially. But in all actuality, the way the team was set up for him not to succeed and that really is not fair to Bowles at all. 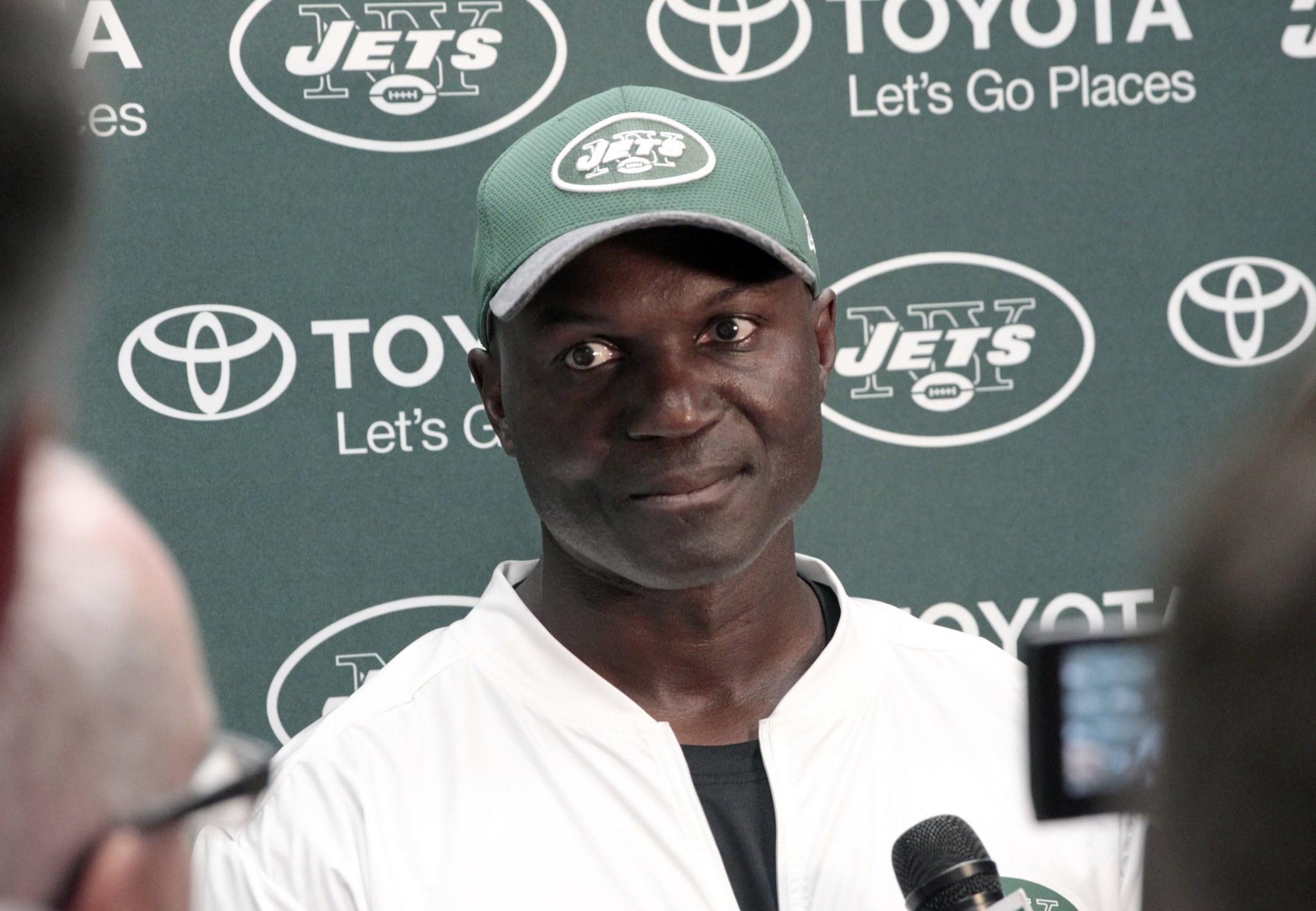