Bill Polian has some explaining to do

Lamar Jackson has been one of the most exciting players in college football over the last three years. And over his last three seasons, the Cardinals have done pretty well under his leadership. This season, they struggled a little, but they still had a successful season and made some things happen. After three years, Jackson decided it was time to take his game to the NFL. Jackson will be forgoing his senior season to enter the NFL. There are some analysts that look at him and see a quarterback that could make some things happen in a solid system and there are others that have not even given him a chance at the quarterback position. One of those that have not given him a chance is former front office guy Bill Polian. The veteran of the NFL has said numerous things about Jackson and even said that he needs to switch to wide receiver and not play quarterback. Polian seems to believe he has some deficiencies that would not allow him to excel at that position in the NFL. Well,  it seems to me there is some questionable analysis going on from Mr. Polian.

One thing Polian has talked about when it come to Jackson is his size. Polian said that Jackson is too short to play quarterback in the NFL. In case Polian was not aware, Jackson stands at 6'3" tall. Last I checked, that isn't a short quarterback at all, in fact it is average height for an NFL quarterback. Jackson can see over his offensive line, but there was once a quarterback Polian touted that was short  and his name was Johnny Manziel. He never once spoke on Manziel's height at all. He even went as far as to say Johnny Manziel's deep ball reminded him of former Buffalo Bills quarterback Jim Kelly. The one question I would ask of Polian is why was Manziel's height never brought up but Jackson's brought up as too short? That assessment along with Jackson's just don't add up. Besides, Aaron Rodgers, Drew Brees and Russell Wilson are all shorter than Jackson and have done quite well in the NFL. Does Polian dare to say their height hurt them too since they are shorter than Jackson? If he said it, no one ever heard it.

Another thing that does not add up is the complaint on the accuracy he has when it comes to Jackson. Polian was quoted as saying that Jackson was "clearly not the thrower as the other guys (Sam Darnold, Josh Allen and Josh Rosen) are. The accuracy isn't there." I wonder again what numbers are Polian looking at. Jackson completed 59.1% of his passes this season, which was a career-high. Of the three guys mentioned ahead of him (Darnold, Allen and Rosen), two of them have a higher completion percentage than Jackson, but it isn't like it is miles ahead of where Jackson's is (Darnold completed over 63% and Rosen completed 62.6%). As far as Allen, in two full seasons as the starter, has not even thown for over 57% once. Yet, you heard much out of Polian on Allen's inaccuracies at all. I wonder why that is Mr. Polian.

The fact of the matter is that Polian sees a Black, athletic quarterback and immediately thinks he isn't a quarterback in the NFL. To me, that has to be one of the laziest evaluations from Polian. No disrespect to Polian because he has built some good teams with his evaluations, but this evaluation is way off on Jackson. It seems as if he is stuck in a time where Black quarterbacks did not exist and were not considered smart enough to play that position. If he really opened his eyes and saw Lamar play, then he would understand that Jackson has become more patient in the pocket over his time and improved his passing as well. Above all, he has also kept himself out of trouble, unlike another guy that Polian is high on, Baker Mayfield. If Polian is going to keep on with these blind assessments of players, then ESPN may want to evaluate what is he really looking at when he looks at players. 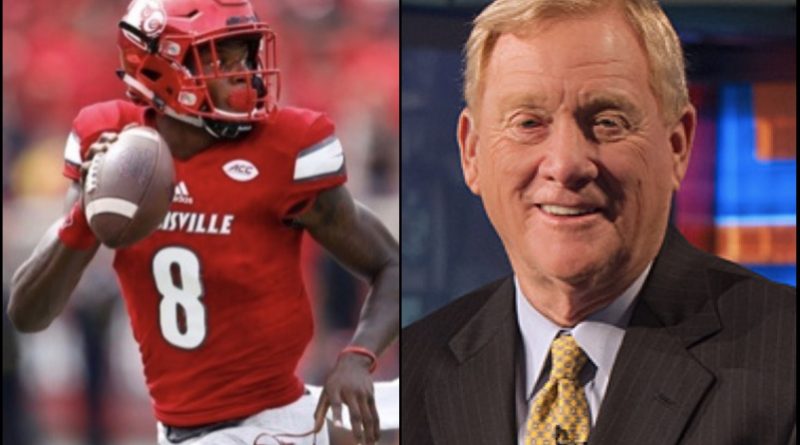