Odell Beckham Jr is a fantastic wide receiver. He makes the impossible catches look easy as he glides through the air or dives with ease. And in the last two seasons, he has been one of the most exciting players in the NFL. With the excitement, he has also brought the numbers (two years of 90+ receptions, both seasons over 1,000 receiving yards and double-figure touchdowns the last two years). He's off to an outstanding start to his career. But one blemish on his career has to do with cornerback Josh Norman. When Norman and the Carolina Panthers defense came to town last year, the intensity and emotion was at a high level. And as their competition got even more intense, things began to spin out of control. As that happened, Beckham got more frustrated and took it upon himself to run over twenty yards back into the play and spear Norman. The play resulted in a scuffle and eventually earned Beckham Jr another personal foul and because of his three personal fouls, he earned a suspension.  We thought this rivalry had cooled off for a second. Well, it seems that it was just beginning.

Josh Norman decided to join the Washington Redskins this offseason, agreeing to a five-year, $75 million deal. And of course, many were thinking about he and Beckham Jr going at it twice a season instead of the one time they went against each other. If this rivalry did need any other fire added, Beckham Jr added some gasoline to it recently when he said this: "If I wasn't playing him twice a year, maybe people wouldn't bring it up so much. But now, it'll be a lot more media attention for him, attention that I don't really look for, attention that I don't need. The reason he's become so relevant is because of me" And just like that, the fire is back burning again. Norman could only laugh when first notified about Beckham Jr's comments yesterday. But you know up under that laugh was someone that is ready for the competition. Norman must know that with this response to a question that he is still in Beckham Jr's mind. And as long as he is there, he knows that he can mess with him as much as he wants.

Beckham Jr still seems to be thinking about Norman even in the offseason. A little trash talk is cool, but Beckham Jr is allowing this trash talk to take over way too much. And as this rivalry and almost obsession goes on, this in no way benefits Beckham Jr. He does not want to play those mind games with Norman. We saw what happened last year. He began to have a meltdown out on the field. And not only did he have a meltdown out there,  but he let his rivalry with Norman affect his play. Beckham Jr was dropping passes that were hitting him right in the hands, most notably a play where he had Josh Norman beaten for a touchdown. For as much of a talented receiver Beckham Jr is, he got exposed for potentially having a fragile mentality at times. The only way that he can prove people wrong is to come out, stay focused and not let people (including Josh Norman) get inside his head.

Weeks Three and Seventeen will be important dates for Beckham Jr. Maybe then he will learn to focus on the play versus Norman instead of the talk. Because clearly he is still rattled by the game against Norman to keep bringing him up in the media. And if that fragile mentality comes again on Week Three and Seventeen versus Norman, then we could be looking at the same erratic performance from him. Time to let the mental warfare go Odell. The only battle that matters is in between the lines and on the scoreboard. 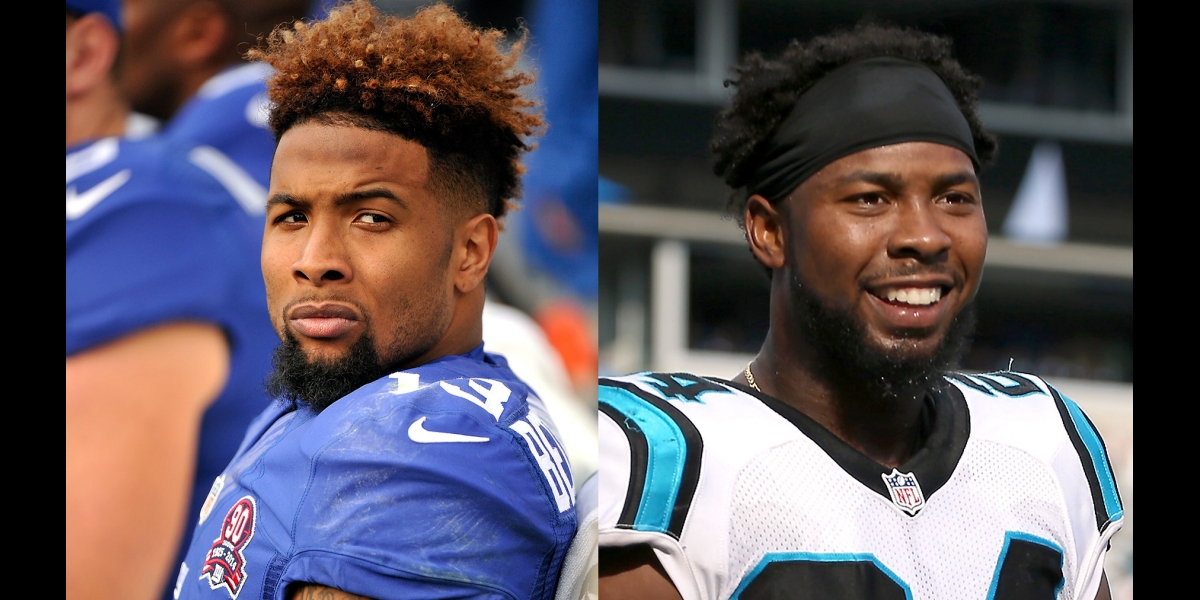