One More Chance For Eddie Lacy

Christopher Wallace, better known as Notorious B.I.G., was a big name in the rap game quickly. He quickly hit the scene and made his name known with his debut album, Ready To Die. The album would make it as high as number 15 on the Billboard 200 chart in 1994 and was considered a classic by many. The album had songs like "Juicy", "Big Poppa" and "Warning" released and all had some success. But there was another song that people loved from that album and the name of that song was "One More Chance". The song, released as a single June 3, 1995, would reach as high as number two on the Billboard Hot 100 in 1995 and would be a song that was played all summer long. The chorus featured women asking B.I.G. for one more chance. Well, Eddie Lacy isn't exactly B.I.G., but he is a player that was looking for one more chance. After not being necessarily pursued heavy by many teams, Lacy took a tour around the NFL to see where he would land. The choices were down reportedly to the Packers, Minnesota Vikings and the Seattle Seahawks. Well, Lacy has made his choice and it is to go outside of the NFC North that he was so comfortable with.

Lacy and the Seattle Seahawks reportedly agreed to a one-year contract that will bring him to the city that was the birthplace of grunge music and Starbucks. With his signing, he is now thrown into a rotation that has him, second-year player CJ Prosise and third-year running back Thomas Rawls. All three will more than likely get chances to run the football, but one of them has to stand out. For Lacy to separate himself from the competition, Lacy has to do a few things. First, he has to show up to camp and all workouts in shape. Lacy reportedly showed up weighing 267 pounds. That weight would sound nice Lacy was in shape at this time, but considering his past habits, that is probably not the case. No matter what coach Pete Carroll says about liking his size, there is no way that he is happy to hear Lacy is as big as some defensive ends weight-wise. Lacy needs to drop some weight immediately because it will help in the stress on his joints. Losing some weight will also help Lacy with his agility among other things. If he is able to do those type of things, then he stands a good chance to win that starting position.

Let's just say that Lacy comes in and does what he needs to do as a running back and stays healthy. If that happens, then the Seahawks have a running back that can help them tremendously. In their offense, they have transitioned more to a passing offense that centers things around quarterback Russell Wilson. That means that Wilson will be having the ball more in his hands. Lacy is used to being in this style of offense from his days with Aaron Rodgers in Green Bay, so this offense will not be a stretch for him to learn. Look for Lacy to do some of the same things that he did in Green Bay, running the football out of the spread offense and catching the football out of the backfield. What makes Lacy so tough when catching the football and running the football is his impeccable balance. For a big guy running the football, Lacy has nimble feet and can go around you, hurdle you or juke you out of your shoes. Along with being able to be very nimble, Lacy is a powerful back that can drag tacklers. His addition gives the Seahawks someone that is as close to what Marshawn Lynch was for Seattle. The only differences is that Lynch was faster than Lacy and was smaller in size.

Lacy is taking a chance on himself. He obviously believes that he fits the Seahawks offense well. With his skills, size and elusiveness, there are not many that could deny that he does. But even though he fits their offense well, he has to get himself in better shape and keep himself there if he is able to create a big payday for himself. The one-year trial begins in Seattle for Lacy. It should be interesting to see how it goes. 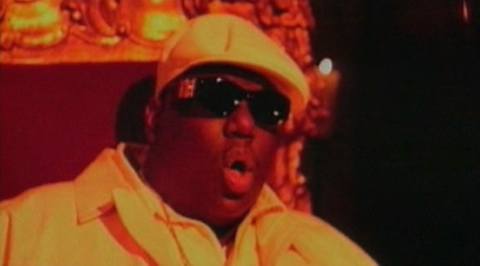