The Atlanta Falcons had a talented duo at wide receiver leading up to 2014. Roddy White and Julio Jones were tearing defenses apart with their skills. White was the possession guy, getting the underneath and short passes. And Jones was the exciting receiver, taking the top off defenses and making huge plays down the field. But heading into 2015, it seemed that run was coming to an end. The veteran of the crew, looked like he was a step slower. He could not get the separation that he usually would get. Along with that, it seemed like they targeted him less and less. In fact, he had the least amount of targets and receptions since his 2007 season. And as the season went on, it was apparent that the Falcons were not interested in bringing him back to Atlanta next season. And of course, the Falcons made it official that he was gone in March and that was followed by White going off in the media about offensive coordinator Kyle Shanahan and him seeing the release coming because of him. The truth of that is neither here nor there, but the reality is that White is not there to be the number two wide receiver for the Falcons. Atlanta gave  wide receiver Julio Jones a huge contract to be their number one, but now Atlanta has to replace White as their number two wide receiver.

The Falcons took a little time this offseason, but they finally decided on someone to replace White. The Falcons and former Cincinnati wide receiver Mohamed Sanu agreed on a five-year, $32.5 million contract with $7 million guaranteed. And with that, the Falcons are bringing him in to replace White. The fifth-year wide receiver out of Rutgers had progressed in his career the first three years. He had 16 receptions in his first year, 47 in his second year and 56 in his third year of play. By the time his fourth year was coming, many expected him to continue to progress as a wide receiver. But unfortunately for Sanu, he did not do as well in 2015. Instead of Sanu having a solid year heading into free agency, fellow wide receiver Marvin Jones ended up taking over that spot. Jones ended last season with 65 receptions 816 yards and four touchdowns. As as Jones progressed, it seems like Sanu fell into the background. Sanu ended the season with 33 receptions for 394 yards and no touchdowns. But even with his numbers regressing from his previous year, there was a market for him and Atlanta felt he would fit their team. The Falcons are hoping he will be their number two wide receiver and with more opportunities, they are hoping that he produces. But honestly, when you sign a guy to a deal to come to town, you would love for him to be proven more. So far, the only thing he has shown is that he can be used for a trick play (throwing the football) and could be a fit for a slot guy.

The Falcons are hoping Sanu pans out for them and that he ends up being a starting wide receiver that produces. But what if he doesn't? What if the guy he was his last year in Cincinnati is the guy that shows up in Atlanta? If that guy shows up, then the Falcons will definitely be disappointed. But not only will they be disappointed, but they will hit the panic button a little because their wide receiver corps is not very strong. Behind Julio Jones and Sanu, the Falcons don't have much at all. Wide receiver Justin Hardy is a guy with no much experience at all. He had 21 receptions for 194 yards. But that is not someone that the Falcons would expect to step in should Sanu not produce like they are expecting him to. Besides Hardy, the Falcons have returnmen/wide receivers Eric Weems and Devin Hester and seldom-used wide receiver Nick Williams. None of these guys are someone that Atlanta would want on the field more as a number two wide receiver. Williams is still learning the pro game and Weems and Hester are slot guys at best. And honestly, either Hester or Weems could be getting cut leading into the regular season because both have better value as returmen than actual wide receivers. Looking at all these options besides Sanu, the Falcons better hope he produces. Because if he does not, then they have nothing else they can depend on.

The Falcons are looking to make a move upward in the NFC South. With other teams around them improving, Atlanta is trying to keep up and make themselves a potential playoff team. But if they are to do so, they need Sanu to come to Atlanta and step up as a wide receiver. His numbers last season were actually worse than Roddy White's. But whether it be Sanu or someone else, the Falcons need to make sure to have someone else step up and help Julio in the passing game. Because if no one steps up, then expect the Falcons passing game to suffer and the Falcons to not get any better. And that would lead to another sad season for Atlanta and their fans. 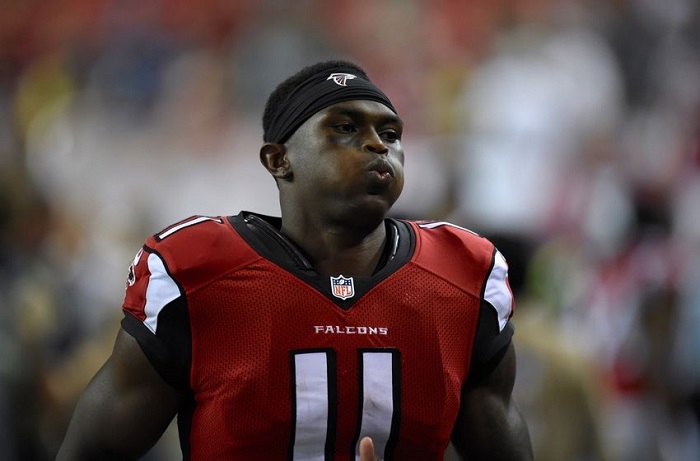