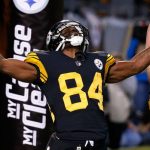 The Pittsburgh Steelers did not have the season they wanted. After starting out slow and gaining steam, the Steelers would lose four of their last six games. The disappointment is definitely resonating with Steelers fans as they expected more of their team. However, more disappointment is probably ringing in how this team conducted itself. The Steelers are usually a tight-lipped and together team, but with the Le'Veon Bell holdout going on all season, they seemed to crack a little at the seams, downing Bell and even having public comments come out. The team seemed to get over that as the season went on, but the latest incident involving wide receiver Antonio Brown to end the season brought even more drama. The veteran wide receiver reportedly had a disagreement with an unnamed teammate at practice, did not come to work like he was supposed to and essentially the Steelers sat him out on this past Sunday. And today, the new just dropped that he requested a trade from the Steelers. Who knows whether he does or doesn't get what he wants, but if the Steelers are ready to get rid of him and meet his request, then there's one team out West who may be interested.

The San Francisco 49ers have not been the same team since Jim Harbaugh was their head coach. At that time, the 49ers had a physical football team that could bully you into submission offensively and defensively. These days, under coach Kyle Shanahan, the 49ers have been trying to add weapons to get themselves back to relevance. In 2017, they traded for their franchise quarterback, acquiring Jimmy Garoppolo from the New England Patriots. Garoppolo showed the 49ers he could be their franchise quarterback and the 49ers paid him like so going into this season. With the 49ers expecting Garoppolo back next season after suffering a season-ending knee injury, they want to surround him with the best weapons possible. San Francisco already has a dominant tight end, but they are lacking at the wide receiver position. By inserting Antonio Brown into the lineup, the 49ers would instantly give Garoppolo a weapon he can depend on, as Brown has put up six straight seasons of over 1,200 yards receiving. Brown brings the explosiveness to take the top off defenses and take any pass thrown to him to the house. With him added to the 49ers, teams would no longer be able to shift coverage towards the 49ers emerging star tight end George Kittle. And with Jerrick McKinnon and the hopes the 49ers have for him after returning from an ACL injury, the Niners would have their big three set.

Brown coming sounds great, but at what cost would they get him though. As it stands 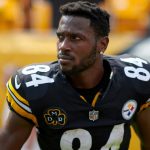 right now, the 49ers have the second overall pick in the draft. They could use that pick to upgrade their defense even more or they could package that to Pittsburgh. The question now rings would the 49ers think it would be worth it? Brown will be 31 years old before the 2019 season starts and that has to be some concern for anyone looking to trade for him. And as far as his paycheck, the 49ers would be paying Brown an average of $13,212 for two seasons and that is not even speaking on the cap hit they would be taking on ($22 million in 2019 and a little over $18 million in 2020). The 49ers have plenty of cap space take on the explosive wide receiver, but they have to also think on the issues he has had in Pittsburgh at times. Brown tossing the football at a teammate isn't the first time he has gotten into some hot water with his team and it probably won't be the last time. The 49ers also have to measure the risk versus the reward in that aspect.

Nothing has been mentioned as of yet, but Brown could have potentially wrote his ticket out of town in Week 17. And with the Niners needing talent at the wide receiver position desperately, Brown would be the perfect fit for them. 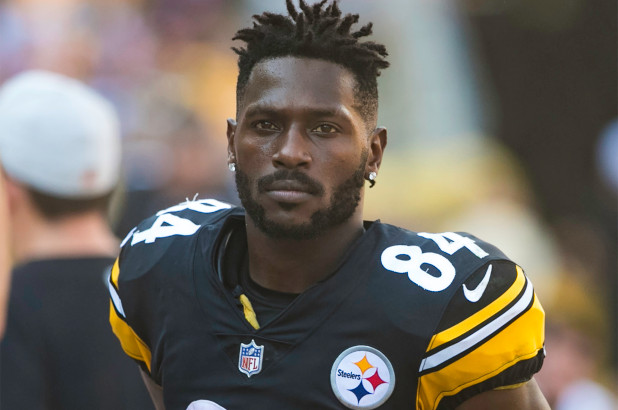