The NFL Vs The Al-Jazeera Four

The NFL has had an interesting offseason. The Brady vs the NFL drama has been all over the place. There have been some that have sided with Brady and the Patriots. And there were others that sided with the NFL and Goodell. But as it went on and the decisions kept getting appealed, the feeling of finality began to supersede the sides anyone picked. And once it was over, people were finally ready to get back to football and forget this mess. But just when you thought this was over, Al-Jazeera helps open up another issue. Back in December, Al-Jazeera was investigating doping in sports and mentioned the names of a few NFL players: Green Bay Packers linebackers Clay Matthews and Julius Peppers, free agent defensive lineman Mike Neal, former NFL tight end Dustin Kelly, Pittsburgh linebacker James Harrison and Denver quarterback Peyton Manning. All vehemently denied the claims and it all seemed to go away even though the NFL said that they were investigating it. And just when you thought it was gone, it reappears. The league cleared Peyton Manning in this one and are not even looking into Keller at this point in time, but they are going to try and flex their muscles on this one.

After the NFL stood tall and finally won the case versus Tom Brady, they turned their attention towards the Al-Jazeera report and now have asked all to submit to doing interviews. Now they all have not said whether they are or aren't going to do any interview yet. But just for some more pressure on them, the NFL is hanging something over their head if they don't come do an interview. The NFL has announced that if the remaining four of Neal, Peppers, Harrison and Matthews don't agree to be interviewed, that they will be receiving a four-game suspension. Plenty would probably buckle under this type of pressure from the NFL. But in this instance, I wonder how they will respond. If they decide to fight this one, it will be interesting to see what angle they come from. Can they honestly avoid being interviewed and take that to the court system like Brady did if the NFL decides to suspend them? Potentially.

The NFL vs Matthews, Peppers, Neal and Harrison all depends on one word: evidence. If Al-Jazeera has evidence and that evidence has been lent towards the NFL, then they do have something on the players. They could let that be known to the representation of the players and the NFLPA and then let the players decide from there. At that point, the players will more than likely still fight the suspension and force the NFL to bring the evidence out for them to see. That could lead to the courts getting involved and could lead the NFL into another messy court situation. But if the NFL does not have any information and they are investigating these four, then that is where the leverage is for the players. At that point, the NFL really has no grounds to suspend them and that suspension would be kicked out if the NFL tried to impose it.

It is obvious that the NFL is really feeling themselves these days and they feel they can strike when the iron is hot. But if they don't have any evidence and are giving out empty threats, then they could be in a little trouble of their own. We shall definitely see what comes of this threat from the NFL. And a day to watch for all this action potentially is August 25th. Whoever has not spoken by then could force the NFL's hands. And quite honestly, it will be fun to see if these Al-Jazeera Four can take on the NFL and win. 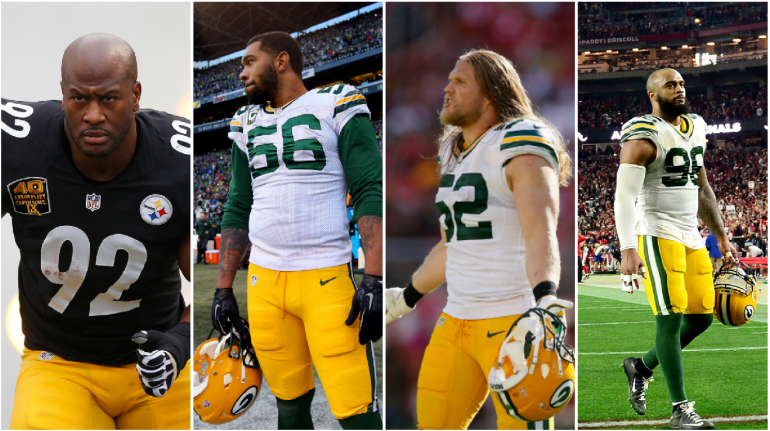