Some Things Are Bigger Than Football

AJ Green is one of the best receivers in the NFL. He has size, speed and a great set of hands that can reel in any pass in his catching radius. And over the years, the talented receiver has torched defensive secondaries time and time again. What is so amazing about what he has done is that he has not had a comparable receiver line up to the opposite side of him for pretty much his whole career. Last season was rare because Green had some other players emerge to help him carry the offensive load. Tight end Tyler Eifert emerged as a big weapon last season and so did wide receiver Marvin Jones. But unfortunately for Green, he will be heading into Week 1 without either. Eifert suffered an ankle injury that he does not think he will be back from until Week 4 at the earliest. And as far as Jones, he left Cincy to head to Detroit and play with Matt Stafford and crew. Green is back again in a familiar spot of having to carry the receiving corps, but that is not a huge challenge to him. In fact, carrying the team in receiving may not be the biggest moment of his season this year.

Green may make some fantastic plays, but his best play may be in not suiting up if a particular moment happens. The Cincinnati receiver is expecting his first child. And he and his wife are expecting that child on Sept. 30th, which would be on a Friday before gameday. But for anyone that has had a child, we know that children can come at any point in time. The child could come before or after the due date. And with that in his mind, Green has made his choice as to what decision he will make if he has to. Green has said that he will be there for the birth of his baby no matter what. Whether it be during the game or right before a game, Green has decided that being there for the birth of his child will be the more important thing. And in making that decision, Green has opened himself up to some criticism that will likely come. There will be some that unfortunately say that he gets paid to play and that he needs to be there for his team. But for those folks, let me give them a different prospective.

Being there for the birth of your child is a moment that will stick with you forever. And in Green's case, this is his first child. I can remember when my daughter was first born and the first time I got to meet her. I remember being mesmerized by her beauty and just thinking that the little life that just entered the world was all my responsibility. The emotion of that moment still gets to me to this day. That is a moment that I will never forget and I was glad to be able to experience. And for those reasons, that is why Green should be there. There will always be other catches and games. And surely the Bengals will understand, as they did when he missed a practice due to a doctor's appointment with his wife. But there will never be another birth of your child. And quite honestly, that could be something that he could regret missing.

In being there for his child's birth, Green is definitely making the right choice. Football can only last for a period of time, but family can last a lifetime. The only thing the Bengals must hope is that the baby shows up on a day that they don't play. Because we all know Green is going to be there for his wife and first child. And quite honestly, people that will not like that need to understand the specialness of the moment. 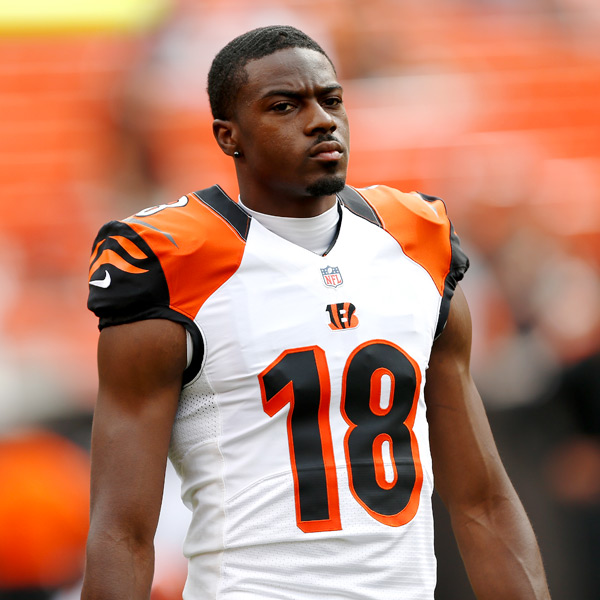