A-Ha came to America and onto our airwaves via the international route. The group was formed originally back in 1982 in Oslo, Norway. They recorded and recorded their first single to be released, called "Take On Me". The song was not the hit it would become at first. But after more investing into the song by their record label partners over in the United States, "Take On Me" would be come a hit. The re-released version of this song would reach number one in 1986 and would make their name known outside of their native Norway. A-Ha would come up with a few more albums and release more singles sandwiched by a few hiatuses, but they would never reach any of the success they had in America with their first single. The single actually talked about being with someone for a short time and then moving forward. Jamaal Charles has been with the Kansas City Chiefs for his entire career. But that tenure with the Chiefs ended this offseason when Kansas City decided to release him. Plenty wondered where he, along with Adrian Peterson, would land. Both he and Peterson took visits to numerous places, trying to find the best fit for them in their estimation. Peterson found his fit in New Orleans and will be more than likely splitting playing time with the three running backs they have. But while he had found a home, Charles was still out there, hoping and waiting for a team to believe in him. Well now Charles has that team.

The Denver Broncos and the veteran running back agreed to a one-year deal to bring him to town. The deal is reportedly has a $900,000 base salary, a workout bonus of $100,000 and total incentives that could give him an additional $2.75 million. With the Broncos being unsure about who will be their running back, it never hurts to add a veteran running back there. What makes Charles even more special is that he can run the football as well as catch the football out of the backfield. With any way he is given touches, Charles is always a threat to take it the distance. No offense to the other running backs there in Denver, but Charles could boatrace all of them while still being old in terms of running back years and his hands are better receiving the football. Along with being able to have that burst of speed and good hands, Charles has not ever been known to be a behavioral issue in the locker room and was known as one of the leaders of that team in Kansas City. That type of calming, leading voice would be music to the Denver running back crew's ears. It also would be something that would calm a young quarterbacks' nerves (Denver has a third-year QB and a second-year QB this offseason).

Charles does indeed seem like a great pickup right now. He may not be the biggest guy at only 5'11" and 199, but he has speed and has proven himself in the NFL and to any of his detractors that he has the ability to make things happen. Charles is a weapon anytime he touches the field. But over the last two seasons, the issue has been him actually being on the field. Charles had been relatively healthy through 2014 except for his 2011 season. But in the last two seasons, he has played a total of eight games. For a running back that you want to depend on, only eight games is unreliable and should scare you. What makes things even scarier is his had an injury to his right knee consecutive seasons. If the back-to-back years with an injury to his right knee are not scary enough, then let's take a look at the age of Charles. The veteran running back turned 30 towards the end of last season. For those that are not aware, when a running back hits the age of 30, their production seems to go down and in some cases, down dramatically. Charles may not be immune to this at all. With the struggles the Broncos had running the football at times last year, they need someone to step up and produce for them. Charles will have his chances to produce, but can they really depend on him to be there at all times? That answer at this point is likely no.

Charles was released by the Chiefs and it took him some time to find a new gig. That new gig he was looking for happened to be the Denver Broncos, which is the rival of the Kansas City Chiefs. Charles will get an opportunity to play and make contributions for Denver this season. Although the Broncos got away with not giving him very much money, they still could not get the potential return they are looking for out of that position. Only time will tell, but the Broncos are definitely taking a chance here. 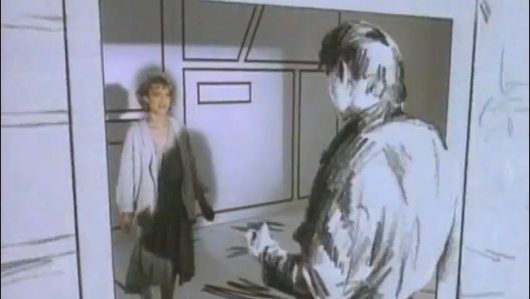