The Bulls play “Risk vs Reward” with Zach LaVine

The Chicago Bulls entered the offseason with a few questions. Were they going to be committed to Kris Dunn at point guard? Who would be the addition inside for the Bulls this offseason? The other big question the Bulls had was Zach LaVine. The talented shooting guard returned later in the season after tearing his ACL in the 2016-2017 season in Minnesota. LaVine, who was the key piece in the Jimmy Butler trade, showed flashes of his potential with his high-wire act and his jump shot. Even with the flashes he showed the Bulls and Bulls fans, there still was a decision that had to be made. LaVine was a restricted free agent this summer and there were reports going back and forth as to if the Bulls wanted to keep him around or not. Well, we finally got an answer and it was one some Bulls fans loved to see. The Sacramento Kings signed LaVine to a four-year, $78 million offer sheet to which the Bulls had 48 hours to match. The Bulls did not even wait one day to match it and now Zach is coming back to the Windy City. For the Bulls, this is a game of risk versus reward.

When the Bulls got LaVine in the Jimmy Butler trade, they knew they were getting a guy that would not be ready to start the season. LaVine was able to play 24 games this past season and he showed flashes of being the guy he once was. The Bulls are hoping that he continues to progress as he efforts to get to full strength again. If he is able to make it back to his old self heading into this season, then the Bulls are hoping his shooting returns with it. LaVine shot about 42% for his career before last season, including his second and third season shooting over 45%. Last season, his shooting percentage dipped down to 38%. In a motion offense that depends on less one-on-one and more movement of the basketball, LaVine should get some easier shots this year that should allow for his shooting percentage to be where it usually is. The Bulls are betting that the combination of his shooting going back to what it was, his health coming back and another year of him in Hoiberg's offense will provide them a 20 point per game perimeter scorer.

The big concern here with LaVine is obviously his knee. The risk of him hurting the knee is going to be there and the Bulls were cautious with his coming back from injury when he was available to play. Next year, they more than likely will take off any restrictions they had on him when he came back at the end of the year. It will be interesting to see how the knee responds to the increased workload as the season goes on. If it does not respond the way he and the organization wants, that could end costing him money. The organization has protected themselves against his surgically-repaired left knee with injury protection in the deal. So in the case LaVine does have issues with his knee again, the organization will still have cap flexibility and will be able to go after free agents if need be. All of this, of course, will not matter should LaVine be healthy and productive next season.

So now the Bulls have their guy at the shooting guard position and they are hoping they get great results. After all, LaVine was the key piece in the Butler deal and the Bulls want to see what they have before they give up on what they acquired, albeit an expensive looksie as to what LaVine can do when healthy. The Bulls are looking to build their franchise back up to be contenders for the East and they think LaVine can be a key piece to do so. We shall indeed see if he is that key piece in a winning equation. 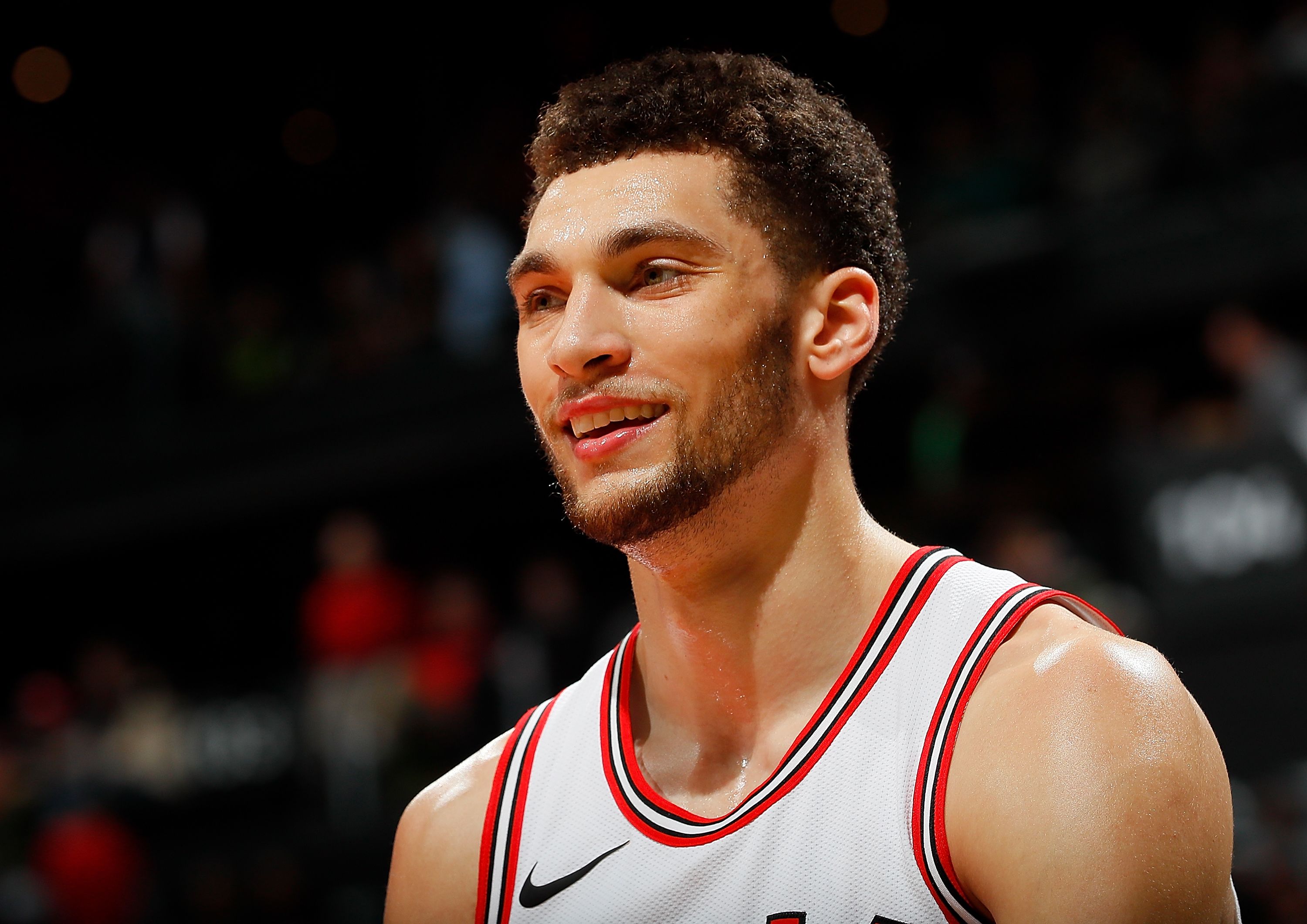