The Sky Is The Limit For The Wizards

Notorious B.I.G. was one artist that made a huge impact in a short timespan. He not only got his career started but he got the careers of Junior M.A.F.I.A. members kicked off along with carrying Bad Boy Records on his shoulders. Songs like "One More Chance" and "Big Poppa" were hits as soon as people heard them on Biggie's first album, Ready To Die, and plenty were eager to await what he had coming in the albums to follow. But unfortunately, we would only hear that next album after Biggie passed away, as he was gunned down in Los Angeles. Even with that sad event happening, there was still his music here to keep him around and in March of 1997, his sophomore album, Life After Death, was released. On that double-CD album, there were plenty of tracks that people liked and one of them was "Sky Is The Limit" featuring the R&B group 112. The song would be released as a single on November 25, 1997 and would climb as high as number 26 on the US Billboard Hot 100. Much like 112 sung in the chorus of this song, the Washington Wizards can be what they want and have what they want. They are handling the Atlanta Hawks and while plenty thought the Boston Celtics would be the most competition for the Cleveland Cavaliers in the NBA's Eastern Conference, they forgot about what Washington could potentially do to cause them problems.

Looking at the Wizards, their backcourt is strong. Wall is playing some of the best basketball that he has played in his career. He is averaging a career high in points (23.1 points per game) and assists (10.7 points per game) while leading his team to their most exciting season in recent years. Adding with that, his tag team partner Bradley Beal has finally stayed healthy and is giving the Wizards the same points per game that Wall averaged this year. Both have been very explosive and phenomenal and they could cause huge issues for the Cavaliers defensively if they are to match up. The Cavaliers are not the same defensive team they were last year and with the speed of these two guys on the perimeter, Kyrie Irving and JR Smith could be either catching the vapors of Wall or Beal or in some deep foul trouble. If either is the case, then the Cavs could have some trouble and that could give the Wizards the upper hand to an extent and would more than likely have the Cavs searching for defensive answers to solve the Wizards problematic backcourt.

But the backcourt is not all the Wizards have going for them. The frontcourt also could cause some issues for the Cavs. Otto Porter has been great beyond the three-point arc this season, drilling over 43% of his three-point shots. So with the penetration of John Wall and Bradley Beal, Porter has been the main player that has benefitted. His shot-making would make it hard for LeBron and others to help off at all and make things difficult for Cleveland's defense. Add to that the Wizards also have a power forward that can spread the floor in Markieff Morries and a big man that can match Tristian Thompson in Marcin Gortat and the Wizards have a starting squad that could give Cleveland fits. While many were championing the Celtics as the team that could knock off the Cavaliers in the East, many looked past this Wizards team and what they could potentially do. Of course, at the beginning of the year, no one thought this could happen for Washington. But looking at them now, they have almost all the right weaponry.

Washington has come a long way this year and made some believers out of people that thought they would falter under chaos and confusion. Depending on what they get from their bench could determine if they have enough to win the East. Veteran acquisitions Brandon Jennings and Bogdan Bogdanovic will be big if that is to happen for Washington. But there is no doubt that Washington is a more formidable foe than the Boston Celtics for the Cleveland Cavaliers. For those that want to see another team besides Cleveland make the NBA Finals from the Eastern Conference, Washington is your best chance. 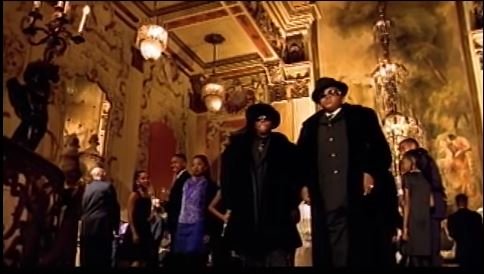