The Best Words Ever: Game Seven

The Washington Wizards looked to be dead in the water after their Game 5 performance. Beal could not hit the broad side of a barn, Marcin Gortat had disappeared in his second straight game and John Wall was inconsistent when it mattered most. All the while, the Celtics were putting it on the Wizards, getting a great game from guard Avery Bradley while star guard Isaiah Thomas was playing the role of playmaker more than scorer, dishing out a team-high nine assists. After that game, many thought the chances for the Wizards to win this series were over. After the loss of the Washington Capitals, the feeling around DC teams was not so good and many assumed the Wizards would follow the same disappointing trend. Well, the Wizards did not follow that trend and they forced a Game 7, as they won in thrilling fashion 92-91 after John Wall hit the eventual game-winning three-pointer with 3.5 seconds left in the game.  After John Wall's heroics, he pointed out a few things about the Celtics and their attire coming to the game: "Don't come to my city wearing all black talking about it's a funeral!". He was referencing the Celtics mocking the Wizards when by wearing the same all black that the Wizards wore when going to play Boston in Boston, saying that it was a funeral. Needless to say, the feelings both sides have towards each other have not gone away, as they both don't like each other on the court. So it is only right that these two finish this series out with one last game. Game 7 is Monday night. Boston Celtics versus the Washington Wizards in Boston for the right to go the Eastern Conference Finals. But what will make the difference in this game?

The biggest thing that has to happen is the stars have to shine. We know Isaiah Thomas has those capabilities to shine in this game and we know Al Horford has that ability as well as Avery Bradley of the Celtics recently. On the flipside, the Wizards have two guys that can be magical when they are on in John Wall and Bradley Beal. The question in Game 7 will be which star will show up the most to affect the game. We know that Wall and Thomas have battled it out and showed up consistently all season long. But what we don't know is how the big game could affect guys like Horford, Bradley and Beal. Out of these three, the one that is more than likely to show up in this game is Horford. The veteran big man came to Boston to improve his chances to win a title and he is going to do all he can to make it there. As for Bradley and Beal, the question remains if they show up in the big game. Bradley showed up and showed out in Game 6 versus the Wizards. At one point in the game, Bradley hit a huge shot to put the Celtics up two late in the game. Bradley was very good in Game 6, but with the pressure on can we expect this to continue? That answer lies in Monday's game. As for Beal, he played very well on Friday night, but he has struggled throughout the series, especially on the road. For the Wizards to win, he is going to have to step up and play one of his best games of the playoffs because he and Wall can carry them to a win if they get hot.

Besides the stars of the game, the biggest difference in this one will be what unexpected "other" will show up. For those that are not familiar with what an "other" is, Shaquille O'Neal referred to the guys that play roles with this distinction. For Boston and Washington, the "others" will be crucial. Two guys that have the possibility of stepping up in the big game for Boston are guard Terry Rozier and big man Kelly Olynyk. Both are capable of going off offensively. Rozier has shot the ball with confidence during the playoffs and he has been effective defensively as well. If he is able to come in with that same confidence, then he will definitely have a huge effect on this game. As far as Olynyk, he has had moments where he has shot the ball well and others where he has disappeared. The Celtics will be hoping he has more good moments at home and that he is a force off their bench more than he was last game. The Wizards don't have these type of reinforcements off their bench unfortunately. One guy they do have coming in off their bench that could make a difference is Kelly Oubre Jr. The talented young wing man has grown up a little this year and has shown up in the playoffs also. He can be a difference-maker in giving the Wiz Kids someone off the bench that can give them some pop with his shooting and his defense on Isaiah Thomas. Other than that one bright spot off the bench, the other "other" that can make it happen is Otto Porter. He has not exactly shot the ball well this series, but he is always capable. If he is able to get it going shooting the basketball, then he will make the duo of Beal and Wall even harder to guard and cause Boston even more problems defensively.

It all comes down to one game. Who wants it more meets the stars and the talent. Washington forced this final game, but do they have the heart and ability to get it done on the road and become the first team to win on the road in this series? Boston has been dominant at home and has arguably the best player in this series. Does Isaiah Thomas have one of those memorable games in Game 7 that people think about for some time? What coach falters and what makes the best moves? We don't know now, but we will definitely see come Monday night when Game 7 will be upon us. 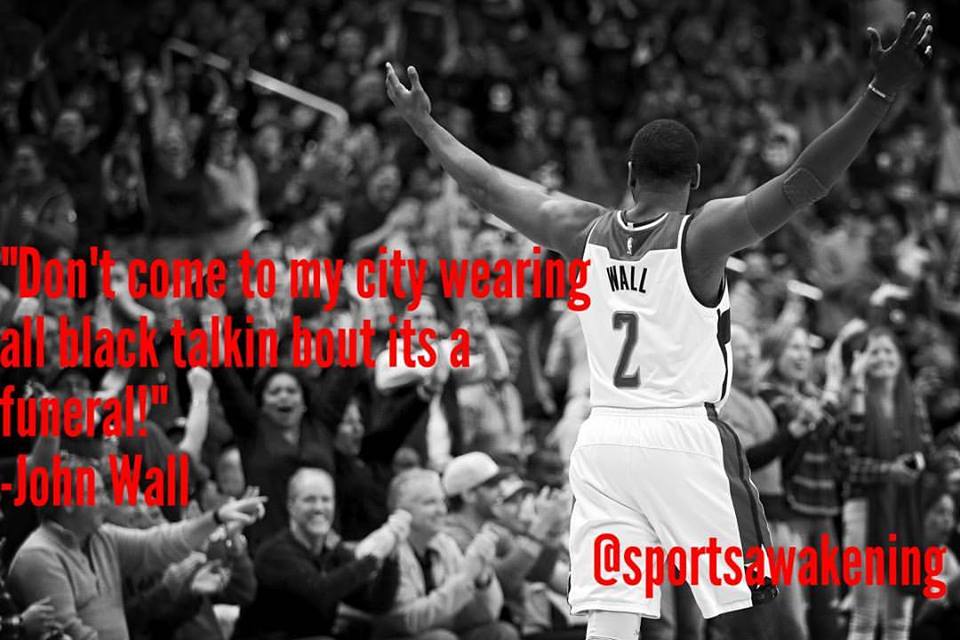