How Golden State can repeat as champs

The Golden State Warriors may not have had the best record in basketball this season, but plenty knew how good they were. With the Splash Brothers, Kevin Durant and the quintessential utility guy in Draymond Green, the Warriors are armed and ready to repeat. On the opposite side of the court though, there stands the NBA's best player in LeBron James. The Cavs are riding the emotion of winning another Eastern Conference title. The Warriors are a huge favorite to win the title versus the Cavs and plenty expect them to win it in four or five games. With that being said, the games have to be played and we all know a great player and some unexpected performances could swing the balance in a series. And with Andre Iguodala uncertain on when he will play again, the Warriors have to be on high alert. Here are six things that can help them ensure they win back-to-back titles.

The Golden State Warriors got caught up in running isolation basketball last series versus the Houston Rockets. They snapped out of it just in time to win the series, but those symptoms can become habits at time. Golden State has to continue to break out of the isolation basketball mode they fell in and move the basketball more. If they are able to do that and do it well, it will get everyone involved and make the Cavs stress more defensively. For an already inconsistent offensive team, the Cavs would be in even more trouble than they already could be.

2) Pump up the tempo

The Warriors run a beautiful halfcourt offense, but they are even more dangerous when they are running up and down the court. The combination of Steph Curry, Klay Thompson, Kevin Durant and Draymond Green can give teams nightmares when they are running it right back at you in the open court. With Cleveland and their age, the Warriors would break them down over and over again if they try to run with Golden State. The more the Warriors are able to press the tempo, the more they will be able to give the Cavs problems and eventually tire them out.

3) Give LeBron James a defensive workout

LeBron James is undoubtedly the best player in this series and in the NBA, but even he can get worn down. In Game 5 of the Eastern Conference Finals, James seemed tired and exhausted as the Cavs lost in Boston. The Warriors can make him that tired too, but they have to make him work defensively. The best thing the Warriors could do is push the tempo and attacking him defensively. Contrary to belief, LeBron has not been a very good defender this season when guarding someone one-on-one. He will bring his best effort, but eventually the more you make him work on the defensive end of the floor, the quicker he will reach the point of exhaustion, causing the Cavs' hopes to go up in flame out.

4) Lock the support out

We all know LeBron James is going to get his numbers in these games. The key for the Warriors isn't stopping him, it's stopping the supporting cast. The supporting cast has been stopping themselves for the most part this postseason, but the Warriors don't need to tempt fate by letting them gain confidence. Closing out to shooters and not taking plays off will be huge for the Warriors, who have shown signs of lackadaisical play at times this season and postseason.

The Warriors have a propensity to make some great basketball plays. They also have the propensity to shoot some horrible shots. If the Warriors want to win a title and win it convincingly, they need to play smart basketball, especially on the offensive end. We know Kevin Durant, Steph Curry and Klay Thompson can hit some absurd shots, but sometimes those absurd shots aren't needed. As long as they are smart and take good shots, the Warriors will have a very good chance to keep the Cavs at bay.

The Warriors have had the propensity to take lapses this season. The good thing for them is they have been able to overcome those lapses within the same game and win. The NBA Finals is no place to have those lapses and as we saw in the series against the Rockets, it could have cost them dearly. They are playing against LeBron James. They must stay alert, aggressive and attentive on both ends of the court all series long.

The Warriors are prohibited favorites to win the title and we all can see why. The question is will the Cavs surprise them or the Warriors do what many think they can do? Only time will tell, but if the Warriors do these six things, they can definitely make things easier on themselves. 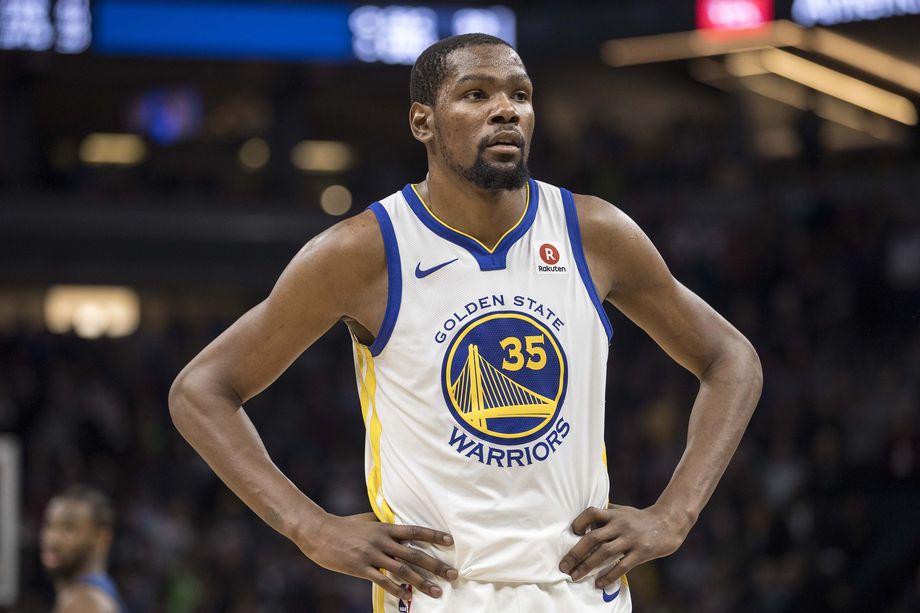