How the Cavs can defeat the Golden State Warriors

The NBA Finals matchup is set. And once again, we have the Cleveland Cavaliers and the Golden State Warriors. The Warriors have a ton of talent and seemingly can turn it on and turn it off, especially in the third quarter of games, where they were historically good this year. The task is daunting for the Cavaliers and Las Vegas seemingly is not even giving them a chance to win (along with many NBA fans). Even with all that going against them, there is still that small sliver of a chance the Cavs can defeat the odds and win their second title in four seasons. Here are six ways they can make it happen.

The Golden State Warriors are mentioned as one of the best three-point shooting teams in the NBA. While they can make many teams crumble to their knees with their shooting, the Cavs are capable of doing so as well. LeBron James, JR Smith (when he is on), Kyle Korver, Kevin Love, Jeff Green and George Hill are a few names that can make some magic happen from three-point range. The Cavs may have struggled some in the postseason from three-point range, but in the regular season, they shot 37.2%, good for sixth in the NBA. The most they are able to do that, the more they can make the Warriors pay for the attention they will be giving LeBron James.

We all know LeBron James is the supreme playmaker on the Cavs team. Unfortunately for Cleveland, he is the only consistent playmaker they have. The Cavs need another playmaker to step up. While it probably won't be one guy consistently taking on that role, the Cavs will need someone to step up game by game to make it happen. The more Cleveland can have someone else stepping up to help shoulder the playmaking load, the more Cleveland can save some wear and tear on James over the course of the series

Kevin Love could be out to start the series while he's in the concussion protocol. When or if he is able to play in this series, the Cavs will need him to be up to par and be that Robin to James' Batman. The best thing the Cavs can do to get him going is to put him in the post some to get him lathered up and ready to go. Once he is able to do that, then he could get his confidence going and be able to be that second option the Cavs need beside LeBron. If he doesn't get going, then it will definitely make it tougher for the Cavs to win this series. The Cavs need Love to average at least 20 points and ten rebounds in this series.

The Cavs' pecking order has been LeBron James and then Kevin Love. After that, no one really knows what to expect. JR Smith can be hit or miss (more miss than hit this season), Jeff Green has put in two very good efforts to help get the Cavs to the playoffs and George Hill has been good at home and so-so to nonexistent on the road. One of these three or maybe someone else on the roster has to step up and be an additional option for the Cavs. All hands must be on deck if they are to have a puncher's chance.

The Cleveland Cavaliers cannot be mistaken for a good defensive team. They were pretty bad in the regular season defensively, ranking among the worst defensive teams in the NBA. In the postseason though, the Cavs have had their moments along with some not-so-good moments. For the Cavs, they need to show some consistency defensively if they are going to shock the world. The Warriors are dangerous team and they are especially dangerous in the third quarter, so the Cavs have to be alert and ready to go at all times.

The Warriors are a high-octane machine and they are really dangerous when they start pushing the tempo. The Cavs must slow down the tempo and limit the possessions because if they get in a running contest with the Warriors, they will be left wondering how they got blown out so bad by Golden State. The less possessions the Warriors have, the better. More halfcourt offense for Golden State at least gives the Cavs a fighting chance to keep up.

The task at hand is a huge one. The Warriors have shown just how good they can be when pushed. The Cavs, however, have the best player in the world in LeBron James. Having him on your side is great, but there must be more. We shall see if they are able to do some of the things necessary to bring another title to The Land. 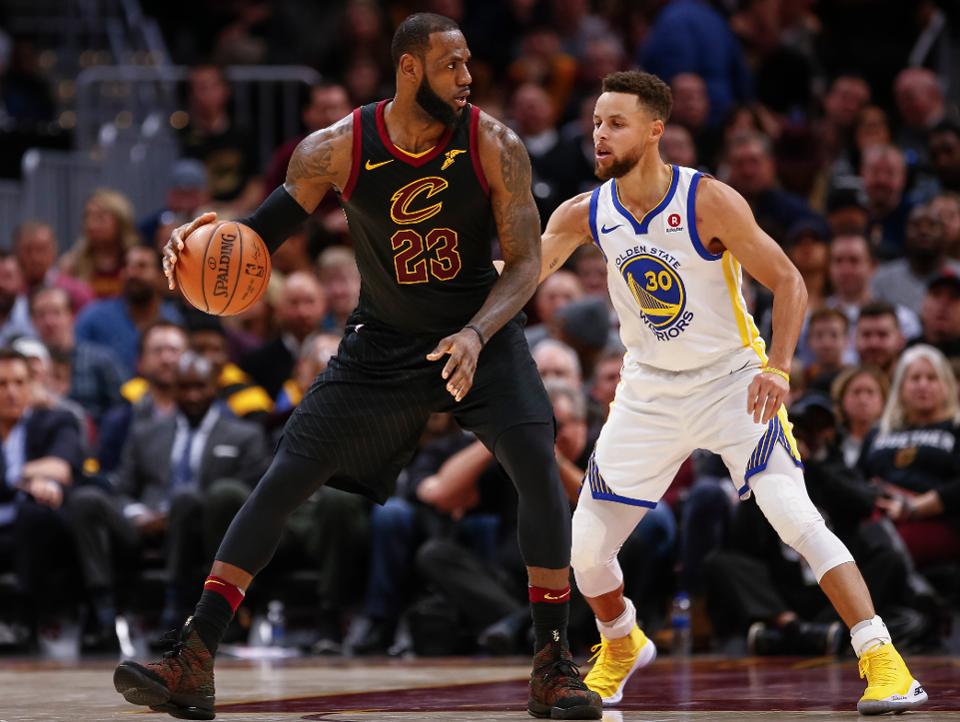